Accessibility links
'Timberbrit': In A Modern Opera, The Trials Of Britney Spears Composer Jacob Cooper has created a musical work based on the songs of the pop diva. The opera, Timberbrit, takes the form of a prolonged death scene in the tradition of Verdi.

Opera has a long history of over-the-top spectacle and melodramatic plots. Composer Jacob Cooper decided to embrace that excess, creating a contemporary opera that imagines the tragic end of one particularly tempestuous pop diva. 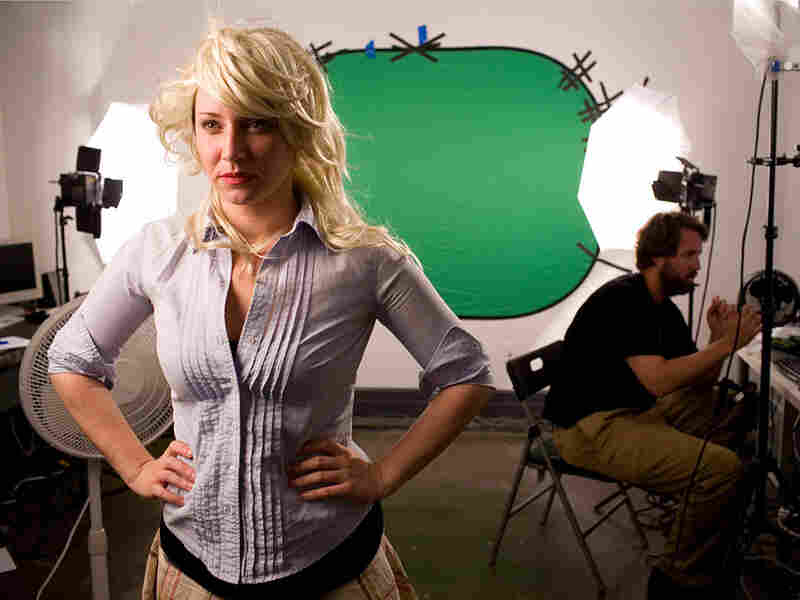 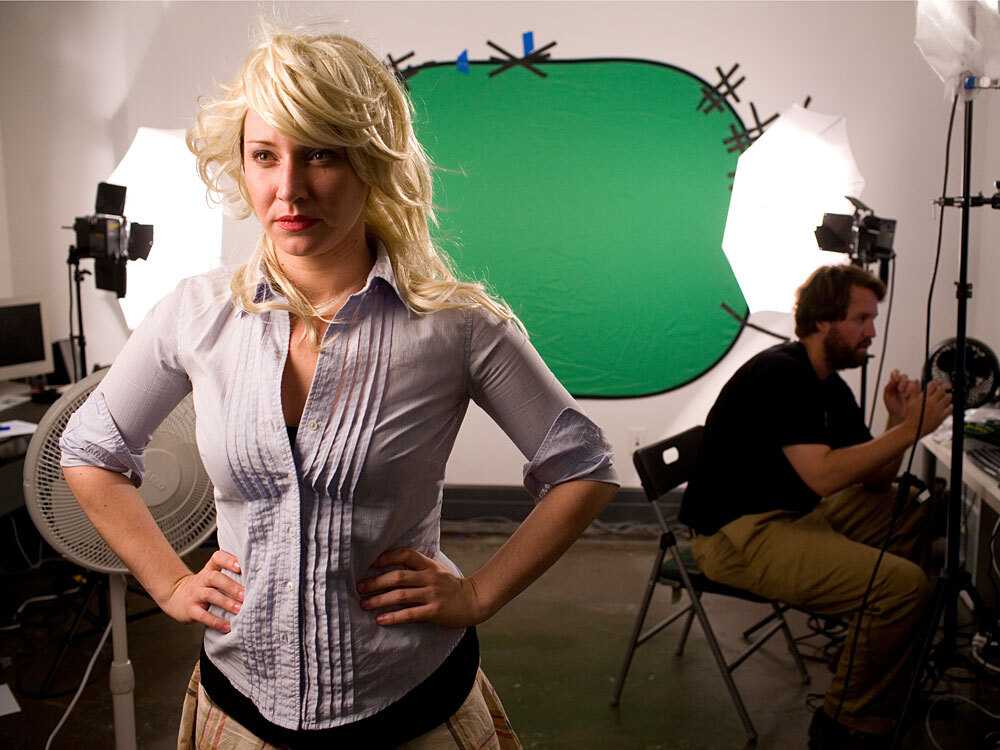 The work is called Timberbrit — as in Justin Timberlake and Britney Spears. It's a tragic tale that imagines Spears' last concert, in the final hours of her life. Timberlake returns after a long absence to win back Spears' love, but in the end she chooses the audience's love above all else.

Cooper began work on the opera by experimenting with a technique called time-stretching. Using digital audio software, he slowed down Spears' songs — and suddenly the light pop tunes seemed hauntingly tragic. Phrases like "Hit me baby one more time" took on an entirely different and more weighted meaning.

As a doctoral student at Yale, Cooper has looked at the psychological aspects of how traditional operas stretch time during death scenes — the way a dying character in Rigoletto or Boris Godunov, say, will pause to sing a 10-minute aria. Not realistic perhaps, but it packs a punch.

Cooper has expanded on that distinctive musical tradition by creating an entire opera enveloped by a fatal slowness of action. The idea is that in Timberbrit, Spears' prolonged destruction amplifies the tragedy of her downfall.

The opera premiered in New York City as a semistaged production in 2008 and is currently being developed into a fully staged version.

Meanwhile, the cast and crew of Timberbrit recently shot a music video of Cooper's song "Worst Fantasy," inspired by Spears' "Toxic." In keeping with the opera's process, the videographers started with a slowed-down, stretched-out recording of the original, then manipulated it and built on it to create something new.

The result: a distillation of Spears' music videos and public meltdowns that forces viewers to take a second look at both pop-star lives and the way the public devours them.

This piece was originally produced for NPR's Intern Edition by Claire Happel and Sarah Metcalf.

The cast of 'Timberbrit' shoots a music video for "Worst Fantasy."