Accessibility links
Financial Negatives: Will Leibovitz Lose Photo Rights? A New York-based company that loaned $24 million to photographer Annie Leibovitz is now suing her, claiming she has failed to pay fees associated with the loan. Adding to Leibovitz's financial woes is the fact that those loans come due next month. If she doesn't pay, she may lose the rights to her work. 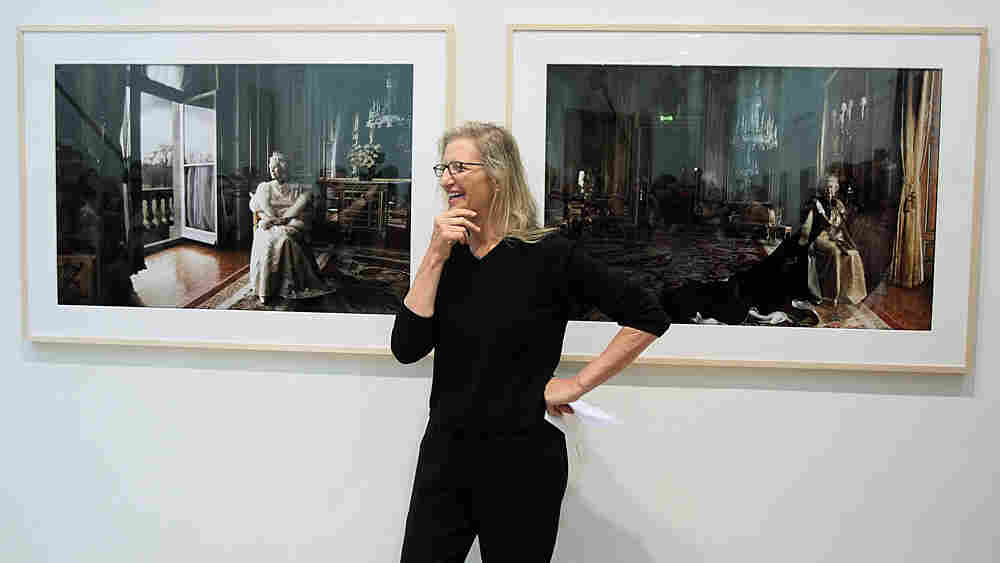 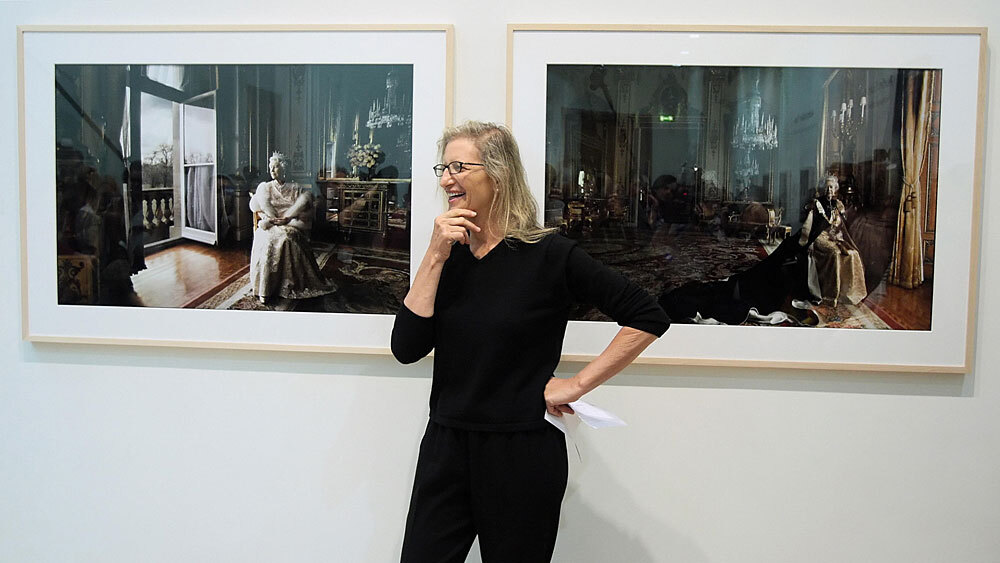 A New York-based company that loaned $24 million to photographer Annie Leibovitz is now suing her, claiming she has failed to pay the associated fees.

Adding to Leibovitz's financial woes is the fact that those loans come due next month. If she doesn't pay, the photographer known for such famous images as a naked, pregnant Demi Moore and a nude John Lennon curled around Yoko Ono may lose the rights to her photographs.

Leibovitz is well-paid, says Allen Salkin, who has written about the photographer's troubles for The New York Times. "She has a contract with Vanity Fair that's worth supposedly tens of millions of dollars during the course of her lifetime."

So how could she end up in so much debt?

Salkin says it's unclear how exactly Leibovitz ran up her expenses. "What we do know is that she was running a studio in New York City that it seemed like the expenses got out of control. She then sold that studio and she bought three townhouses in Greenwich Village," he says.

Leibovitz started out with two townhouses, Salkin says, but when an expensive renovation caused a neighboring townhouse to become structurally unsound and she was sued, she bought that one, too.

"At the same time as all this was happening," he notes, "she had a lot of tumult in her personal life. She added two children to her family; her longtime partner, Susan Sontag, who's a writer, died; her mother and her father also died — all this in the last five years."

Last year, Leibovitz went to Art Capital Group — which Salkin describes as "basically a high-end pawn shop" — for a loan. "Anybody can go to them with their artworks — their Cezannes, Picassos — and get a loan against them, up to 40 percent of the appraised value," he says.

For collateral, Leibovitz put up her real estate — and the rights to all her photographs, Salkin says.

"She has risked something worth quite a lot of money — her entire artistic legacy — in order to get a loan," he says.

"This was a one-year loan in which it was assumed, Art Capital says, that she would have to sell her archive within a year in order to pay down the loan, and that she had agreed for them to be the seller," Salkin says. "So, unless she can come up with $24 million, according to the documents in the lawsuit, she is going to be in default of a very expensive loan."

It's still possible for a buyer to swoop in and offer, say, $50 million for the archive, Salkin says, enabling Leibovitz to pay back the loan, but, in that case, too, "she won't own her photographs anymore."

Annie Leibovitz: The View From Behind The Lens Nov. 18, 2008
New Leibovitz Collection Reveals Personal Side Oct. 3, 2006