Accessibility links
Senate Begins Debate On Sotomayor Nomination The full Senate began debate Tuesday on the Supreme Court nomination of Judge Sonia Sotomayor. With all the Democrats and a handful of Republicans expected to vote for her, there was little doubt President Obama's first high court nominee would be confirmed. 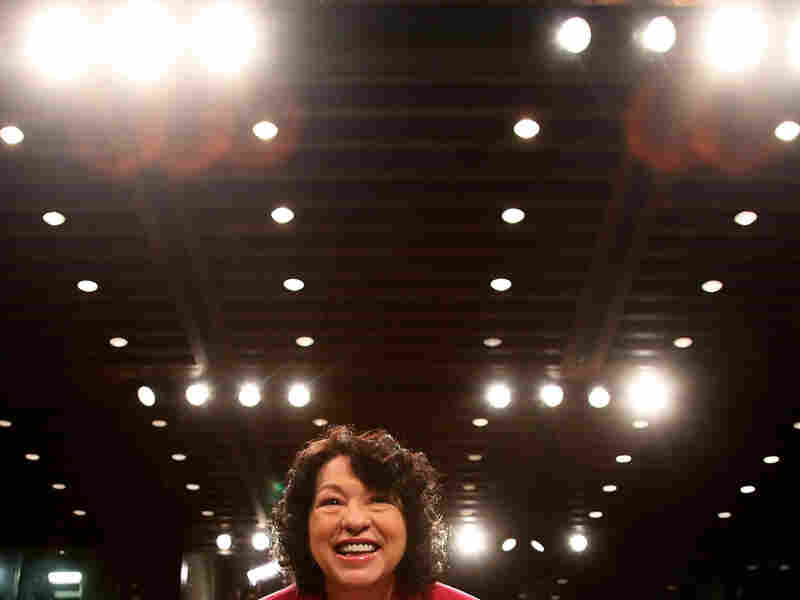 Senators are expected to vote this week on the Supreme Court nomination of Judge Sonia Sotomayor before leaving for their summer recess. Mark Wilson/Getty Images hide caption 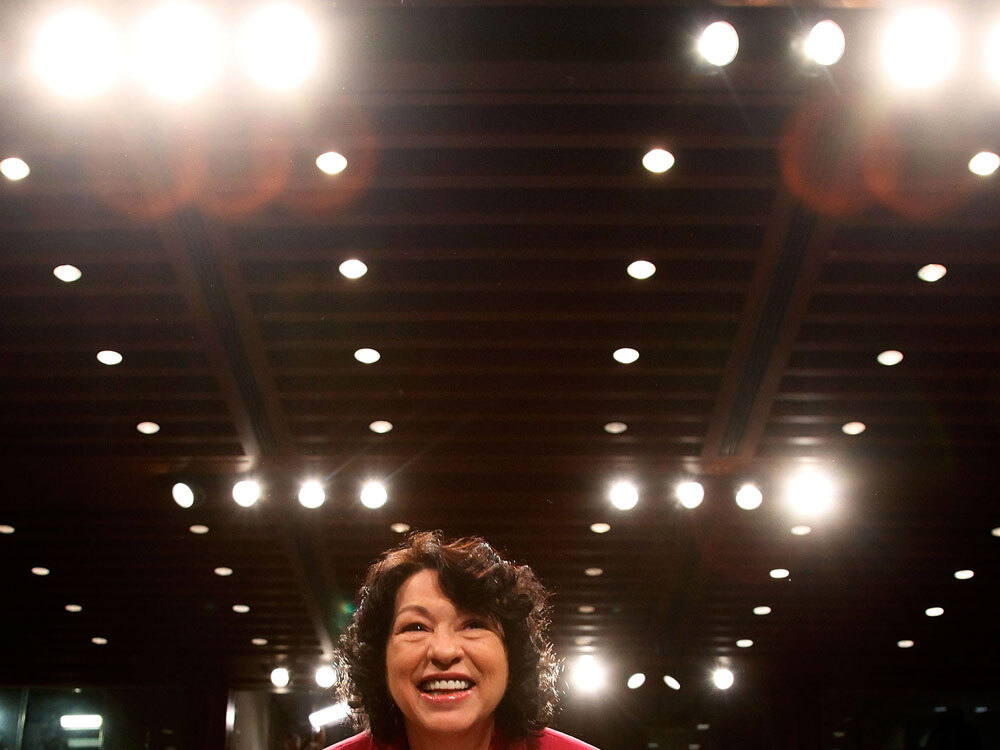 Senators are expected to vote this week on the Supreme Court nomination of Judge Sonia Sotomayor before leaving for their summer recess.

The full Senate began debate Tuesday on the Supreme Court nomination of Judge Sonia Sotomayor. With all the Democrats and a handful of Republicans expected to vote for her, there was little doubt she would be confirmed the nation's first Hispanic justice.

"Judge Sotomayor's journey to this nomination is truly an American story ... [and] a reminder to all of the continuing vitality of the American dream," said Sen. Patrick Leahy (D-VT), the Judiciary Committee chairman. His opening remarks framed Sotomayor's confirmation as a step on the nation's still-evolving "path of inclusion" that began with the Bill of Rights and continued with the extension of voting rights to women and the enactment of civil and voting rights laws of the 1960s.

"She's a restrained, experienced and thoughtful judge who has shown no bias in her rulings," Leahy said.

Sen. Jeff Sessions of Alabama, the panel's top Republican and his party's pointman on Sotomayor, called her a devotee of an approach that heeds "the seductive siren call of judicial activism" and is contrary to the "classical underpinnings" of the nation's legal system.

"Judge Sotomayor's expressed judicial philosophy rejects openly the ideal of impartial and objective judging. Instead, her philosophy embraces the impact that background, personal experience, sympathies, gender and prejudices — these are her words — have on judging," Sessions said.

Nearly three-quarters of GOP senators have lined up against Sotomayor, including John Ensign of Nevada, who said he would vote against her because of concerns that she would not uphold the rights of gun owners or be impartial in rendering decisions. Arizona's John McCain, who is also from a state with a large Hispanic population, likewise plans to oppose the 55-year-old jurist.

Lawmakers are expected to vote by week's end before leaving for their August recess.

Earlier Tuesday, Senate leaders spelled out their competing arguments on Sotomayor, with Republican Mitch McConnell of Kentucky rejecting her on the "empathy standard" and Nevada Democrat Harry Reid praising her as a moderate.

"Empathy is a very fine quality," McConnell said on the Senate floor before the formal debate. "But when it comes to judging, empathy is only good if you're lucky enough to be the person or the group that the judge in question has empathy for. In those cases, it's the judge, not the law, which determines the outcome."

Republicans have labeled Sotomayor as biased because of some speeches she has made during her legal career, including the oft-quoted "wise Latina" remark that became a focal point during committee hearings and has been at the core of Republican opposition.

"I would hope that a wise Latina woman, with the richness of her experiences, would more often than not reach a better conclusion than a white male who hasn't lived that life," she said in the speech to a law school audience at the University of California, Berkeley.

But Reid said Sotomayor's work on the federal bench as both a district judge and a circuit judge has shown her to be an impartial judge who follows the law.

"She's developed a 17-year record as a moderate, mainstream judge," the Senate majority leader said. "I'm disappointed not more of my colleagues on the other side of the aisle are likely to vote for this outstanding nominee."

Democrats appeared to be solidly behind President Obama's first Supreme Court nominee. By contrast, only six Republicans have said they would support her including the Senate's only Hispanic Republican, Mel Martinez of Florida.

Reid warned Republicans last week that they could face a backlash from Hispanic voters if they don't vote to confirm Sotomayor.

Veronica Varga Stidvent at the University of Texas Center for Politics and Governance said Republican senators decided to mollify their base rather than expand it because Hispanics haven't turned out for Republicans.

"It's a pretty easy calculation for a Republican to make, at least at this point, because Latino voters have not turned out for Republicans and they sort of walked away from the party after 2000. And despite their numbers, they haven't been showing up at the polls," Stidvent said recently on NPR's Tell Me More.

Both Texas senators, John Cornyn and Kay Bailey Hutchison, have said they'll come out against Sotomayor.

In announcing his decision Monday, McCain acknowledged Sotomayor's impressive rise from a working-class neighborhood in New York City's South Bronx but cast her as an activist who allows her personal opinions to influence her judicial decisions.

"Judge Sotomayor does not faithfully apply the laws we legislators enact," said McCain. "Again and again, Judge Sotomayor seeks to amend the law to fit the circumstances of a case, thereby substituting herself in the role of a legislator."

During last week's hearings, some senators raised concern about whether Sotomayor would attempt to make policy from the bench, particularly as it relates to the right to keep and bear arms. Earlier this year, Sotomayor was on a 2nd Circuit panel that ruled the Second Amendment could not be used to limit state laws restricting weapons possession.

That case, which could come before the Supreme Court, involved a man named James Maloney of Port Washington, N.Y., who was arrested for possessing a nunchaku martial arts weapon in his home. Maloney contended that the Second Amendment rendered the state law banning nunchakus unconstitutional.

The National Rifle Association has said it would categorize Sotomayor as "hostile" to the Second Amendment and include lawmakers' vote on her confirmation in the group's rating of political candidates, which could influence voters in key battleground states.

The NRA action kept Democratic Sen. Ben Nelson on the fence, but he has since said he would vote for Sotomayor.

If Sotomayor is confirmed as expected, she will replace retired Justice David Souter, a liberal, most likely leaving the court's ideological balance unaltered.