Accessibility links
Nora Ephron On Julie, Julia And Cooking Like A Child The veteran writer-director talks about channeling Julia Child — and identifying wholeheartedly with the famous foodie's passion for butter. Ephron directed the new film Julie and Julia. 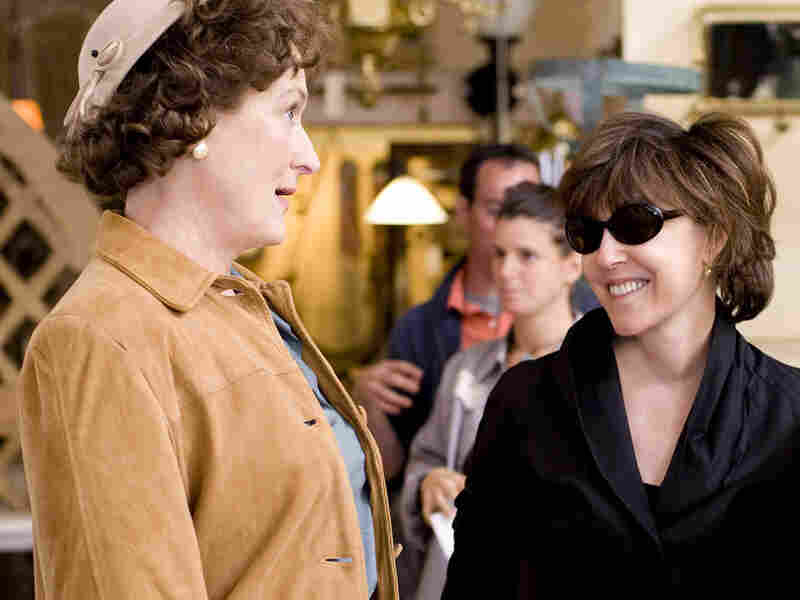 Meryl Streep and Nora Ephron on the set of Julie and Julia, in which Streep plays iconic foodie Julia Child. Ephron wrote and directed the film, based on Julie Powell's best-selling memoir. Jonathan Wenk/Columbia hide caption 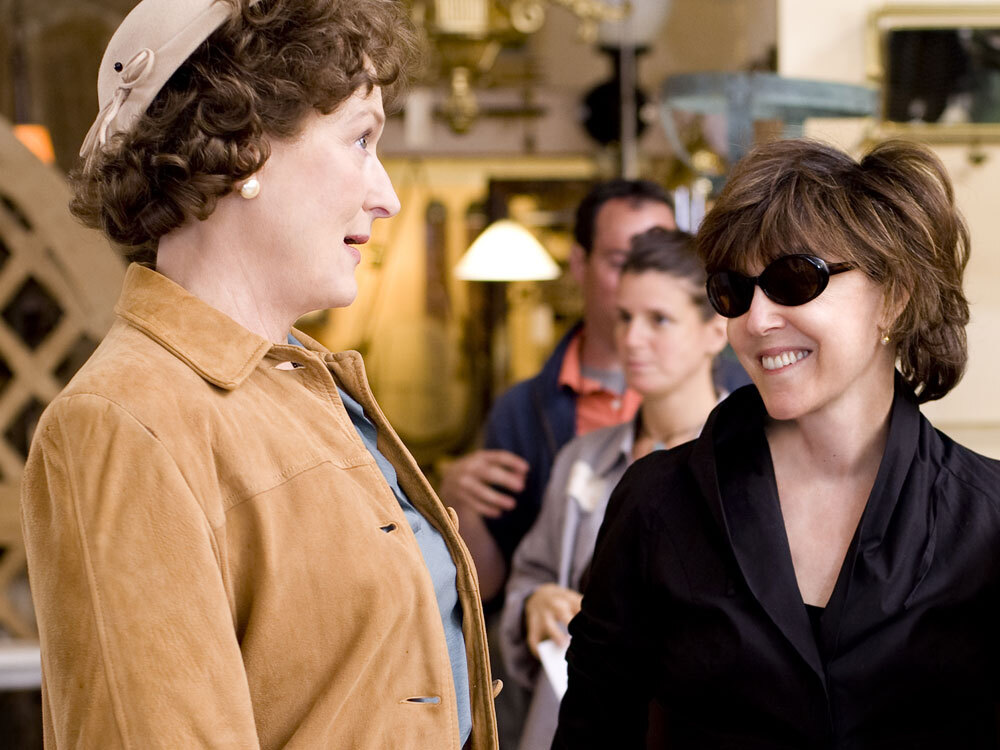 Meryl Streep and Nora Ephron on the set of Julie and Julia, in which Streep plays iconic foodie Julia Child. Ephron wrote and directed the film, based on Julie Powell's best-selling memoir.

Nora Ephron never met Julia Child. But the Hollywood veteran — the writer-director behind Sleepless in Seattle, You've Got Mail and now Julie and Julia, a film about the iconic chef and a food blogger who plows her way through hundreds of Child's recipes — says she always felt a connection to television's famously unscripted food evangelist.

"When I used to cook from Julia's cookbook, I had long imaginary conversations with her," Ephron tells NPR's Linda Wertheimer. "And I used to think maybe she would come to dinner, even though I had never met her, and never did."

That sentiment was clearly shared by Julie Powell. The young blogger cooked the recipes from Child's landmark Mastering the Art of French Cooking — all 524 of them — in a single year. While holding down a full-time job.

"Which is insane," Ephron says. "She, I know, dreamt that she would meet Julia, and Julia would salute her for her achievement, and at least write her a nice note. But that was not to be."

A Teacher Whose Lessons Included Confidence

Child built an empire and sparked a whole new TV genre — the cooking show. Not only was she savvy, but she also was a great teacher who coached generations of women, Ephron says. And her methods are rarely seen on television today.

"I'm a good cook, and I look at something like Iron Chef and think, 'It's a good thing I already know how to cook' — because I would never think I could do it, if I watched these shows," Ephron says. "She made you know you could do it."

Though Child and Powell had different life experiences, both found their literary success through cooking — Powell (who became an Internet celebrity and turned her quest into a best-seller) as she turned 30 years old, Child as she approached 50. Ephron says she was surprised to learn that Child came to the cooking scene later in life.

"It's so astonishing that she [Child] turned her life around as late as she did," Ephron says. "She just didn't become herself until she was 50 years old."

Ephron tells Wertheimer that, if nothing else, she hopes the film — which portrays extravagant food scenes — will bring back butter, an ingredient whose praises Child never stopped singing.

"Because you can never have too much butter, that is my belief," Ephron says. "If I have a religion, that's it." 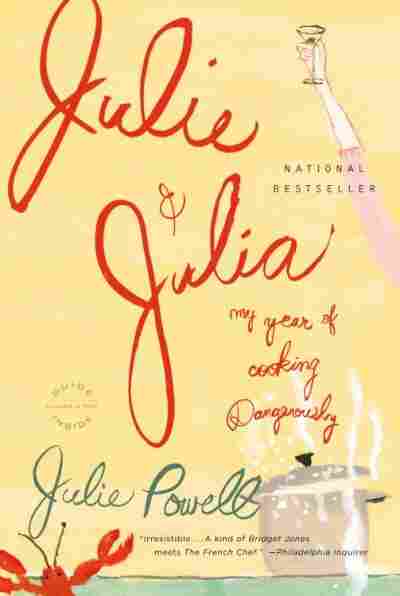 My Year of Cooking Dangerously