Accessibility links
Friends Seek Release Of Jailed Hikers In Iran Three American hikers remain in Iranian custody after straying across the Iraq border last Friday. Two of the three are residents of the San Francisco Bay Area, where friends are lobbying for their release. 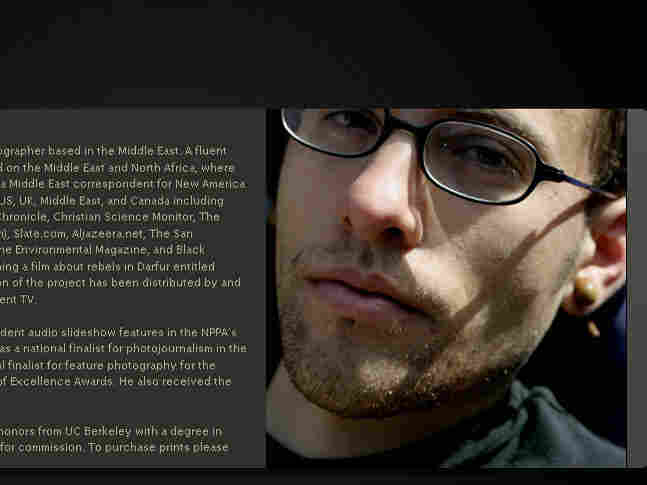 The bio page from the personal Web site of Shane Bauer, one of the three American hikers arrested by Iranian authorities last week. shanebauer.net hide caption 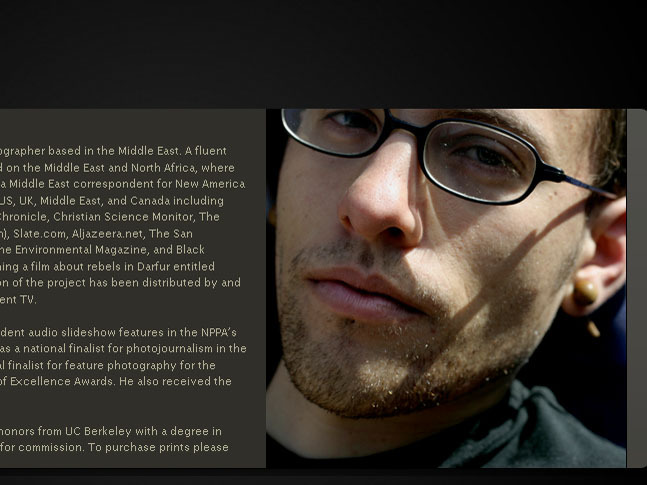 The bio page from the personal Web site of Shane Bauer, one of the three American hikers arrested by Iranian authorities last week. 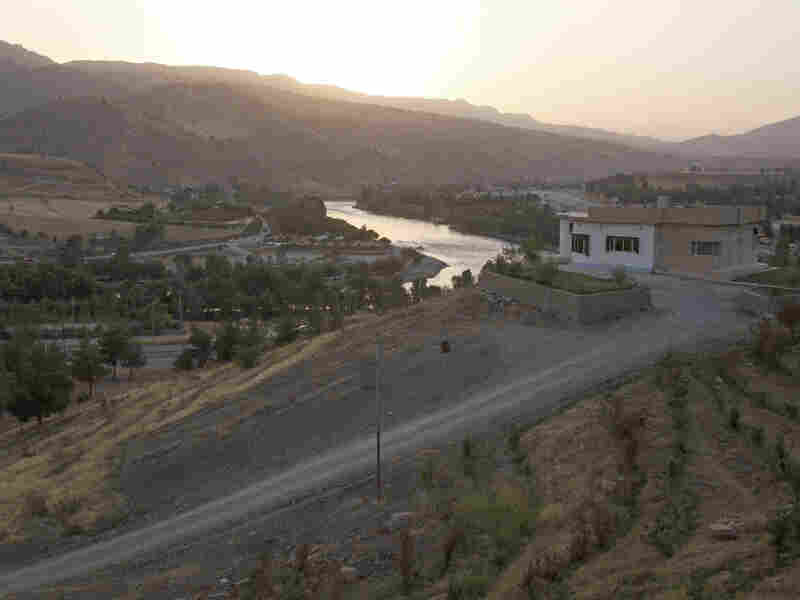 A view of Dokan Resort, northeast of Baghdad, where the three American hikers were last seen. Hadi Mizban/AP hide caption 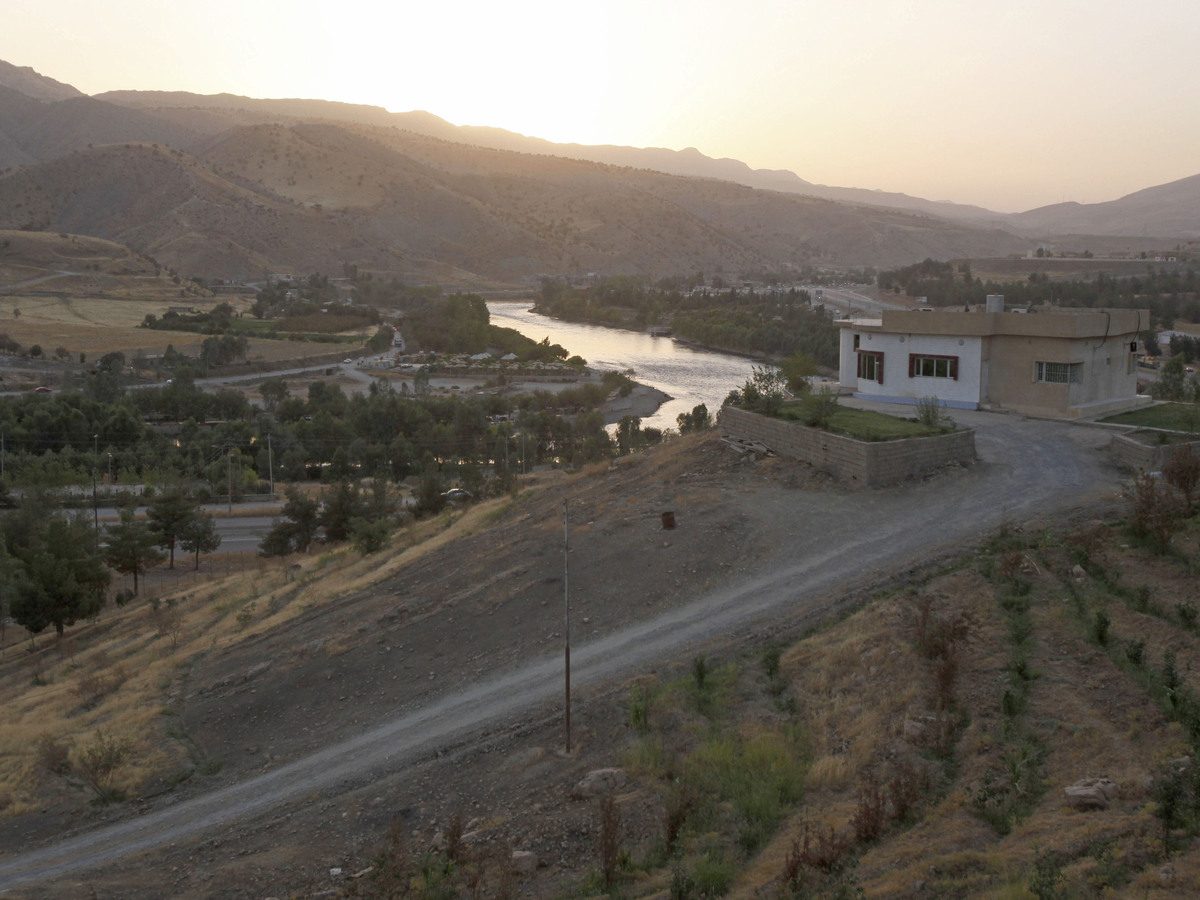 A view of Dokan Resort, northeast of Baghdad, where the three American hikers were last seen.

Three young American hikers who strayed into Iran late last week are under arrest and face interrogation by Iranian authorities.

All three are freelance journalists who were traveling as tourists in the Kurdish region of northern Iraq. They were arrested for illegally crossing the border.

Friends say they were just in the wrong place at the wrong time. But reports from state-run media suggest they could be accused of spying.

Shane Bauer, Sarah Shourd and Joshua Fattal are all graduates of the University of California, Berkeley with considerable experience traveling and reporting from abroad. Friends say they are idealistic and concerned with human rights.

Bauer, 27, and Shourd, 30, who are romantically involved, relocated to the Middle East about a year ago and both solicited freelance assignments from a variety of American media companies. One of those projects had Bauer reporting for Pacifica Radio's daily news program Democracy Now!.

Bauer has also worked on several documentaries, including one about rebels in Darfur, which are on his Web site.

In recent months, Bauer had filed several photo essays for San Francisco-based New America Media, a nonprofit that collaborates with ethnic news organizations. Its executive editor, Sandy Close, says she received an e-mail from Bauer on July 27 saying that he planned to go to Kurdistan to cover the country's elections.

"What happened at that point, how he got into the hills, how he wound up crossing the border — I have no idea," Close says.

Border Crossing Thought To Be Accidental

According to officials in Kurdistan, Bauer, Shourd and Fattal took a cab to a resort near the Iranian border. They were on a hiking trip when they wandered into Iranian territory. Kurdish officials say they were last heard from when they contacted a colleague to say that they were surrounded by Iranian troops.

Close says Bauer was a careful planner who would not have put himself or his girlfriend, Shourd, in harm's way.

"Never in the year we have been in correspondence has he indicated any interest in covering Iran," Close says. "He didn't know Farsi. It's unthinkable to me that he would have decided on some crash adventure. I don't believe it."

Shourd, who is also a freelance writer, has filed stories about the Middle East for several online travel sites.

The third American, Fattal, had recently spent three years living and working on a farm in Oregon. For the past six months, Fattal had worked as a teaching assistant for a Boston-based international honors program, which sponsors American college students abroad. Little is known about how he joined Bauer and Shourd for their ill-fated trip to Kurdistan.

The case echoes the experience of American journalist Roxana Saberi, who was arrested in Iran earlier this year, accused of spying and sentenced to eight years in prison before she was released in May.

U.S. Secretary of State Hillary Clinton has called on the Iranian government to provide information on the missing Americans and to return them as quickly as possible.