Accessibility links
Mountain Critter A Candidate For Endangered List The pika, a relative of the rabbit, could become the first critter in the continental U.S. to be declared threatened or endangered because of climate change. The petition to list the pika has raised concerns among industries that produce greenhouse gases. 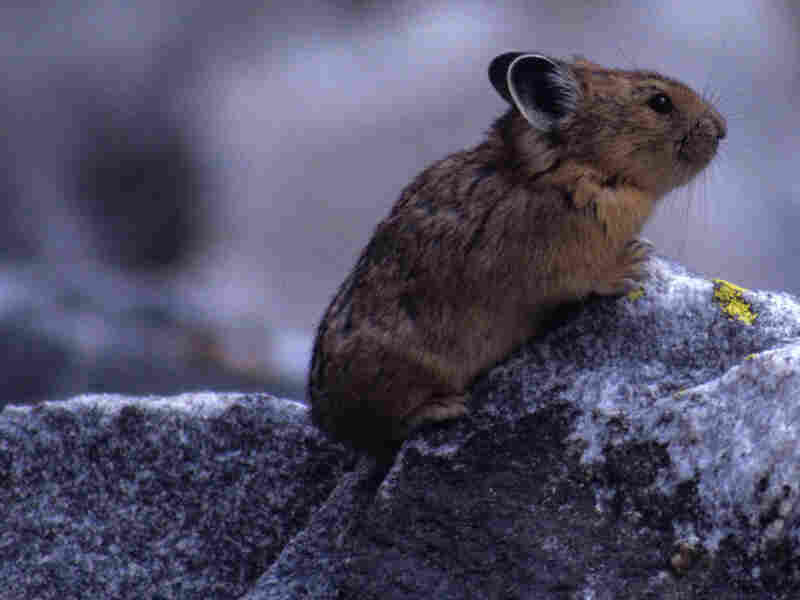 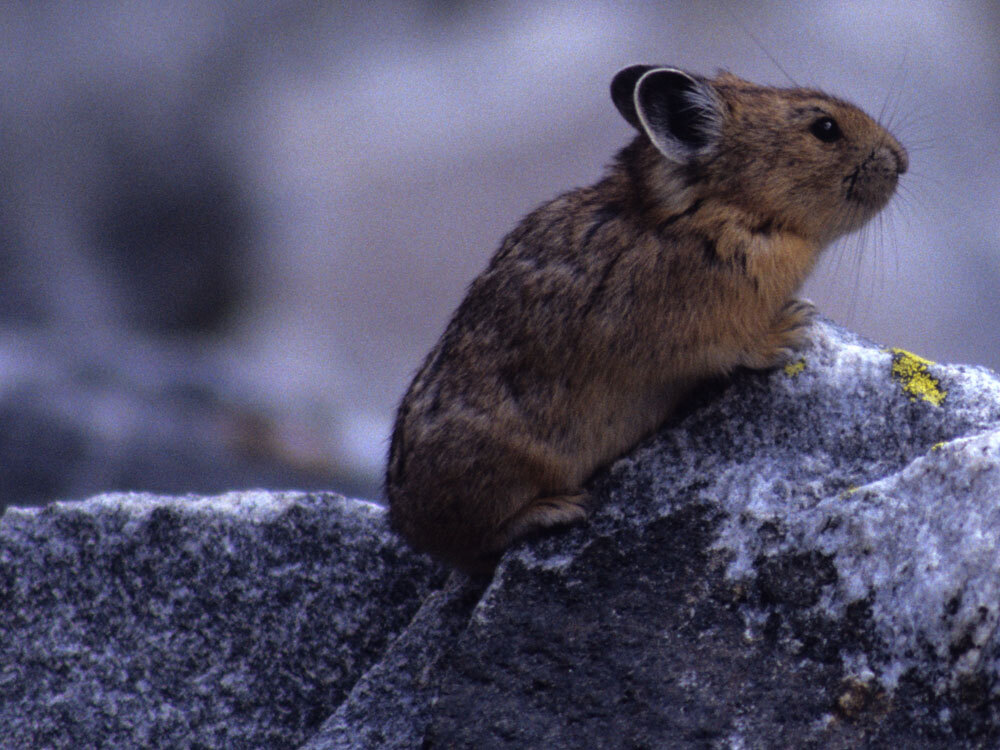 The American pika could become the first animal in the continental U.S. listed under the Endangered Species Act because of climate change. The cute relative of the rabbit lives in the mountain West, and researchers say warmer temperatures put it at risk for extinction.

If the U.S. Fish and Wildlife Service decides to list the pika, that could prompt new restrictions on the activities that create greenhouse gases.

Pikas, which look like 6-inch potatoes with round mouse ears, live in rocky areas high up in the mountains. They're viciously territorial, and once they lay claim to a home, they hate to move. So, while other species have responded to climate change by migrating upslope, pikas are dying off.

Chris Ray, a researcher at the University of Colorado, wants to know more about why that is. Her research team has been tagging the ears of pikas and placing temperature sensors near their homes. After some preliminary research, she says, climate change is the only obvious explanation.

Warmer temperatures have reduced the snowpack in the mountains, and pikas rely on snow for shelter from cold wind.

Ray says climate change also could affect pikas in the summer, when they gather cut grass and flowers to make hay. If it's too hot, they might not gather enough food to make it through the winter.

Following The Lead Of The Polar Bears

The pika has the potential to become a huge problem for industries that emit greenhouse gases. While polar bears were listed last year, their habitat is far away from the fossil fuel-burning activities responsible for climate change. The pika lives much closer, and industries are worried that could have a huge effect on the economy.

Ranger says the Endangered Species Act is the wrong mechanism for dealing with climate change. He wants policymakers to do that through laws and regulations that give greater consideration to effects on the economy. He also says environmental groups just haven't made a good case that the pika is facing extinction in the near future.

Could Save Other Species

The Center for Biological Diversity filed the petition to list the pika. Shaye Wolf, a biologist with the group, says the government needs to consider a very long time horizon, because the climate will continue changing well after greenhouse gas emissions are reduced.

"The pika is sort of this alarm bell of impacts and losses [that will] happen if we don't stop global warming," Wolf says. "And the pika can act as an umbrella species to protect other wildlife in these mountain ecosystems." Wolf says that might prevent the government from having to list those species in the future.

The U.S. Fish and Wildlife Service is expected to announce a decision on whether to list the pika early in 2010.