Accessibility links
Nine Tips To Travel Cheap (But Not Stupid) Would-be travelers bemoaning a weak economy as the reason to stay at home shouldn't be discouraged. Several travel experts have advice for travelers on a budget. One suggestion? Do research ahead on time on where you might want to eat.

Nine Tips To Travel Cheap (But Not Stupid)

Nine Tips To Travel Cheap (But Not Stupid) 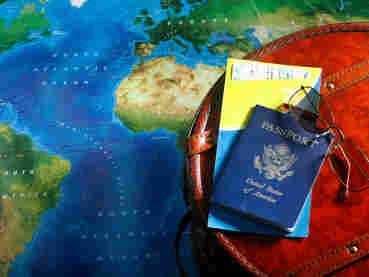 A short sojourn might still be possible: A sluggish economy could mean better deals for penny-pinching travelers. iStockphoto.com hide caption

Furloughs, lost jobs and an overall lousy economy have travel enthusiasts second-guessing whether to take a vacation this year. Indeed, travel gurus say the industry is having a tough time.

But a short sojourn might still be possible: A sluggish economy could mean better deals for penny-pinching travelers. Experts give some tips for travelers on a budget.

Amanda Sundt of iExplore.com, a Web site for adventure travelers, says being prepared is the key to a great trip.

"You'd be surprised how many people pick trips and don't even know what's in their destination," she says. Read up about the vacation spot online and go through travel books. Find out if there are city passes that offer discounts on attractions and transportation.

Get ideas for budget vacations, or share your tips with others. 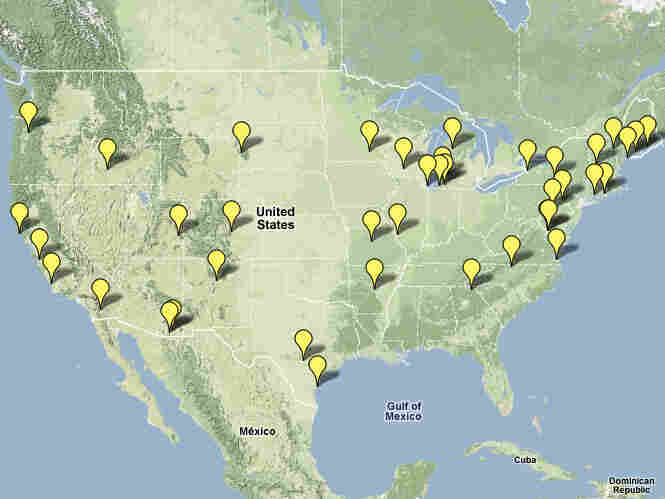 Interactive Map: Vacation U.S.A. For Less Than $100 A Day

Arnie Weissmann, editor-in-chief of the trade publication Travel Weekly, says when it comes to being prepared, there's an adage in the field: Take half as many things as you packed and twice as much money.

No one wants to run out of money on a trip. So travelers should make sure to have access to more money than they think they'll need and keep tabs on spending by recording expenditures in a notebook, he says. It allows travelers to hold themselves accountable for what they spend.

"The only thing worse than finding out the price has gone up when you waited too long is when the price goes down when you bought too early," Weissmann says.

Anne Banas, executive editor at the consumer Web site smartertravel.com, suggests that people start looking at prices two months out, checking every few days for fluctuations. When the price drops to a reasonable amount, make the reservation.

"You can't always get the best price, but you can get a price you feel comfortable paying," Banas says.

For help figuring out whether it is cheaper to fly or drive, check out Costtodrive.com, which compares the cost of flying to the cost of driving to a given destination. Users can select the make and model of their car to get a more precise estimation. For example, it would cost $69.40 to drive a 1995 Buick Regal from Washington, D.C., to Chicago, according to the site. It would cost $40.47 for a Toyota Prius to make the same trip.

If you opt for the open road, make it part of the destination. Weissmann suggests looking at hotels and attractions along the route you're traveling. He says road trips are a great way to get a taste of the local culture.

5. Be Flexible With Dates And Locations

Even travelers who have their hearts set on skiing in Colorado this winter should keep an open mind. Follow the deals, Banas says. Going to a favorite location during the off-season or even during the beginning or end of peak season can be cheaper and less crowded.

"If you're going skiing at Christmas, it's going to be expensive," Sundt says. She recommends going earlier in the season.

Certain destinations offer special deals. For the fall, Caribbean Islands offer deals during their hurricane season. Banas says that the so-called ABC islands of Aruba, Bonaire and Curacao offer deals even though they're outside the hurricane zone.

Several experts also say it's never been a better time to visit Ireland. "This recession is hitting Ireland much harder than the United States," Weissmann says.

As a result, prices for hotels and airfare are falling. Weissmann says he's seen hotel-and-airfare packages for $699. And the hotels, he said, were high end: four- and five-star.

"That's going to go away when the recession goes away," he says.

While checking on hotel prices, it's important to look beyond the nightly room rate, says Banas. Check travel sites for deals like "buy two nights and get one free," or "free spa services with room purchase."

"If you spend the same amount on a vacation this year as you did last, you'll be taking a much nicer vacation," Weissmann says.

A cheap hotel rate might be reason enough to go to a destination. Travelers wanting to stay within the U.S. might consider Las Vegas. Thousands of new hotel rooms were added in 2008 and Weissmann says hotels need people to fill them.

7. Be Wary Of Incredible Deals

O'Toole says it's important to look at the whole picture when evaluating a deal. For example, there are some really good values on cruse lines, she says. But she says it might be so expensive to fly to the port city of departure that the deal ends up looking like less of a steal.

She also says that sometimes people choose to stay in hotels 20 or 30 minutes from their destination in order to save money. But it may be more hassle than it is worth. That travel time, O'Toole says, takes away from your vacation.

Banas suggests that travelers who find great hotel deals make sure to look at reviews online.

"You don't want to stay in a roach motel," Banas says.

8. Avoid Spending Money If You Don't Have To

One traveling basic: Travelers should investigate the best way to get from the airport to their hotel. Weissmann says that's a prime situation in which travelers get ripped off.

"I would say what people overpay for is transportation, because they don't know where they're going," Sundt says.

She also says people who don't do research on where to eat end up going to the first place that looks OK the moment hungry strikes. So they might be overpaying for food that isn't very good. Check city magazines or local Zagat guides for restaurant suggestions.

Banas says most people don't have much brand loyalty toward rental-car companies. So travelers can save money by booking rental cars through sites like Hotwire or Priceline, which don't tell travelers who they're renting from until after a reservation is placed.

There are other ways to save as well. "People don't realize they can waive collision damage coverage," Banas says. She recommends that travelers call their car insurer or credit-card company and ask about existing coverage.

"You can go through a lifetime of regret for being too cheap," Weissmann says.

He knows from experience. He says he was backpacking in Egypt when he found himself in Luxor, near the Valley of the Kings. The admission price was $20, which was his entire budget for the day.

"There were budget travelers saying, '$20? What a ripoff,'" he remembers.

But Weissmann says he paid the fee. "I was cheap, but I wasn't stupid," he says.