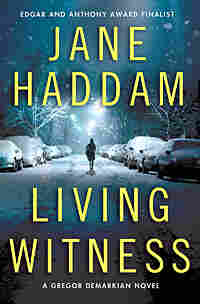 If Ann-Victoria Hadley had been forced to tell the truth — and she never had to be forced; she always told the truth — she would have had to admit that this was not the first time she had been the most hated person in Snow Hill, Pennsylvania. In fact, for most of her ninety-one years, she had made something of a hobby of it. It had started in 1926, when she was ten. That was the first and last time she had ever entered the Snow Hill Historical Society's annual Fourth of July Essay Contest. The winner of the contest got to read her essay from the reviewing stand at the end of the Fourth of July parade.

"Right in front of everybody!" Annie-Vic's fifth grade teacher had said, as if that was the most important thing in the world: doing whatever you did "right in front of everybody." The teacher was old Miss Encander, a creaking wreck of medical problems held together by nothing but her own smugness. It had seemed to Annie-Vic, at the time, that everybody in Snow Hill was held together by smugness, and that not even the oppressive June heat that always accompanied the last week of school could excuse Miss Encander for requiring her class to enter that contest. Besides, it wasn't fair. In elementary school, the hill kids were still mixed in with the kids from the town. They sat at the back of the classroom in stolid, silent rows and stared at their hands if the teacher called on them. The essay that won the contest was always called something like "Today We Thank Our Founding Fathers." What did the hill kids have to be thankful for? There was no plumbing up there in those shacks, and no electricity either, and once or twice a year one of the men died from drinking the stuff they made in a still they kept out of sight in an abandoned mine.

"It's better when they die," Annie-Vic's father had said, at the dinner table, to Annie-Vic's mother. "It's worse when they go blind or crazy and there's nothing you can do for them."

"It would never have occurred to him that I could pack up and move away and be a lawyer somewhere else," Annie-Vic's father said. "It never even occurred to me."

Annie-Vic called her essay "Patriotism," and that was accurate. It was an essay about patriotism. Mostly, it was an essay about why patriotism was bad for you, and why they should give up celebrating the Fourth of July until they'd cleaned up everything that was wrong with the country. Annie-Vic had mentioned the hill kids, but she had also mentioned Music and Art and Learning, which were so much more advanced in Europe. That was why old Miss Encander had ended up calling her not just a Communist, but a snob.

These days, people were calling Annie-Vic an atheist, or — worse yet, in the eyes of most of them — a secular humanist. Annie-Vic had never heard the term before all this fuss started, and she'd ended up having to look it up on the Internet. Annie-Vic had a cable Internet connection on her computer at home and a wireless card in her laptop, for when she was traveling. She did a lot of traveling. Her last trip had been just last July, to Mongolia, to see a total eclipse of the sun. She had gone with an AAVC tour group and had her picture taken with her arms around a yak.

"Asinine," Annie-Vic thought now, looking down the long straight line of Main Street. She was thinking of the now, of course, but she was also thinking of that long-ago fuss with Miss Encander. She had known even at the time that she could have written a much more insulting essay. She could have written one entitled "Snow Hill, Pennsylvania, The Town with the Stupidest People in the World," or "Miss Encander Should Learn Something Before She Tries To Teach It." It was a testament to Annie-Vic's mother that Annie-Vic could never force herself to be that rude.

Main Street had stores on it, and churches. There were half a dozen churches, even though Snow Hill was a small place. The churches were not the same ones Annie-Vic remembered from her childhood. The buildings were the same — except for the Holiness Church, which was new, and all the way at the end — but the denominations in them had switched around. The Congregationalists were gone. They had become the United Church of Christ and then just sort of disappeared. Their building had been taken over by the Assembly of God. The Baptists had moved into the church that had once belonged to the Episcopalians. The Mt. Sinai Full Gospel Church had moved in to the Baptist's old building. Only the Lutherans had stayed where they'd started out, and almost nobody went to the Lutherans any more.

Annie-Vic leaned over and checked the laces on her running shoes. She did not run — she was ninety one, and she hadn't even liked to run when she was at Vassar; it was a new thing, this driving need to race about everywhere and be athletic — but she did walk every day, up and down Main Street if she were in town. In Mongolia she had not walked because she had hiked every day with her group, but on another AAVC trip, to China, she had risen every morning and paced three or four times around her hotel. The Chinese police were not happy with the idea of an American walking around the streets on her own, for what looked to be no reason of any kind at all.

There were people on Main Street who were waiting for her, and Annie-Vic knew it. They'd waited for her when she'd come home on her first vacation from college. In those days it was strange for a girl to go to college at all. It was an affront that a girl would go away to a place like Vassar, which was for people who were richer than the Hadleys were, for people who were not Folks. It was important to almost everybody in Snow Hill to be Just Folks. Annie-Vic had always wondered if they had waited for her on Main Street when they found out that she wasn't coming home after college, that she had enlisted in the Navy instead. That was in 1937, and four short years later they were at war. That time, Annie-Vic had managed to stay away for damned near a decade. She still thought of it as the happiest time of her life, in spite of the fact that she'd spent two years of it in a Japanese prisoner of war camp.

"Asinine," she said again. Then she started off down the sidewalk, moving more quickly than most people twenty years younger than she was could have managed, staring straight ahead as she did it. The people who were waiting for her were not going to slow her down, or change her mind. If they weren't all bone headed stupid, they'd know it.

The first stretch of Main Street was clear of people. It was a working day in the middle of the week, and most of the people who lived in Snow Hill were away at jobs in Harrisburg. Yes, Annie-Vic thought, even Snow Hill was changing. Even Snow Hill couldn't stay stuck in the mud of provincial ignorance forever, although it sure as hell intended to try. Annie-Vic was an imposing figure, and she knew it. She was tall for a woman, even these days, and so spare she could have served as a flag pole with very little alteration. Her arms and legs pumped, the way she had been taught to make them in the cardiovascular health class she's taken at the community college. Her hair was thick and wild and grey as dirt. Her eyes were clear of cataracts and in no need of glasses except when she wanted to read. Her spine was as straight as a metal rod.

"Use it or lose it," she whispered to herself, under her breath.

That was just the moment she was coming up on the Snow Hill Diner, and on Alice McGuffie, standing right outside.

"Filthy little bitch," Alice McGuffie said, in a voice loud enough to carrying all up and down the street. "You're going to burn in hell." 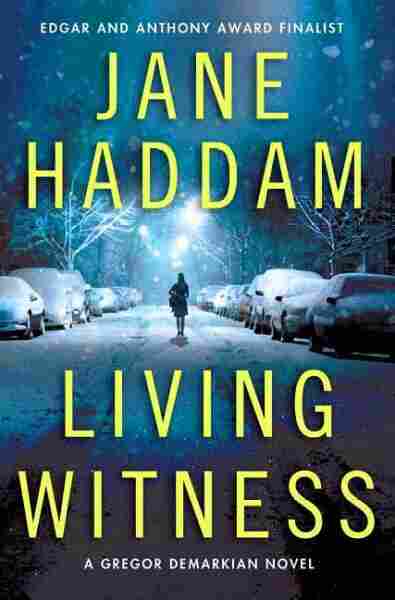