Accessibility links
Movie Review - 'I Sell The Dead': It's A Living, Right Up To The End A chronicle of two 18th-century grave robbers and their adventures among the Irish undead, Glenn McQuaid's feature film debut is more slapstick than horror. But as bargain-basement gore goes, it's smart, swift, witty and likable. 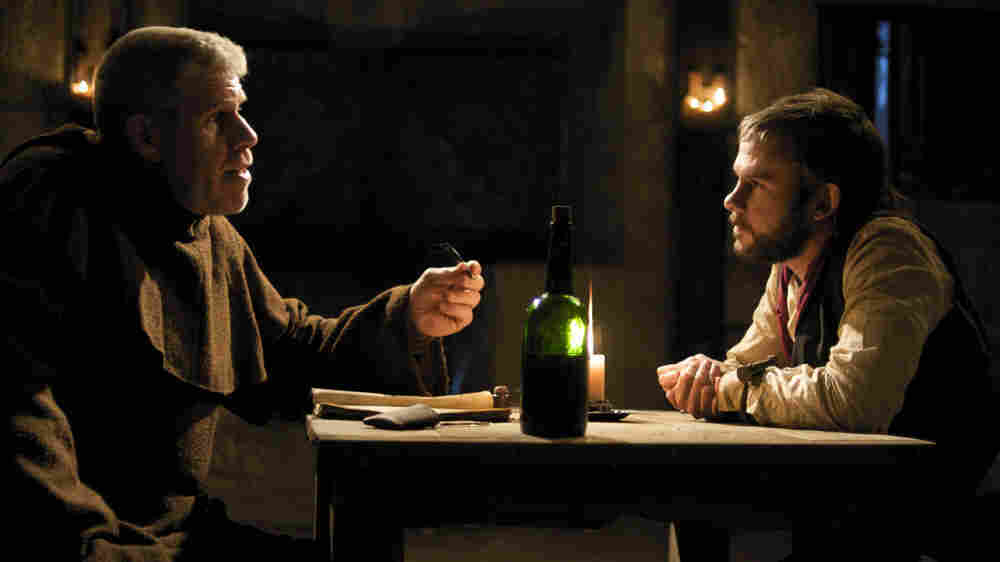 On A Whiskey And A Prayer: Over drinks, the dubious Father Duffy (Ron Perlman) extracts the ghoulish confessions of an 18th-century grave robber (Dominic Monaghan) before the latter's date with the guillotine. Lee Nussbaum/Glass Eye Pix hide caption 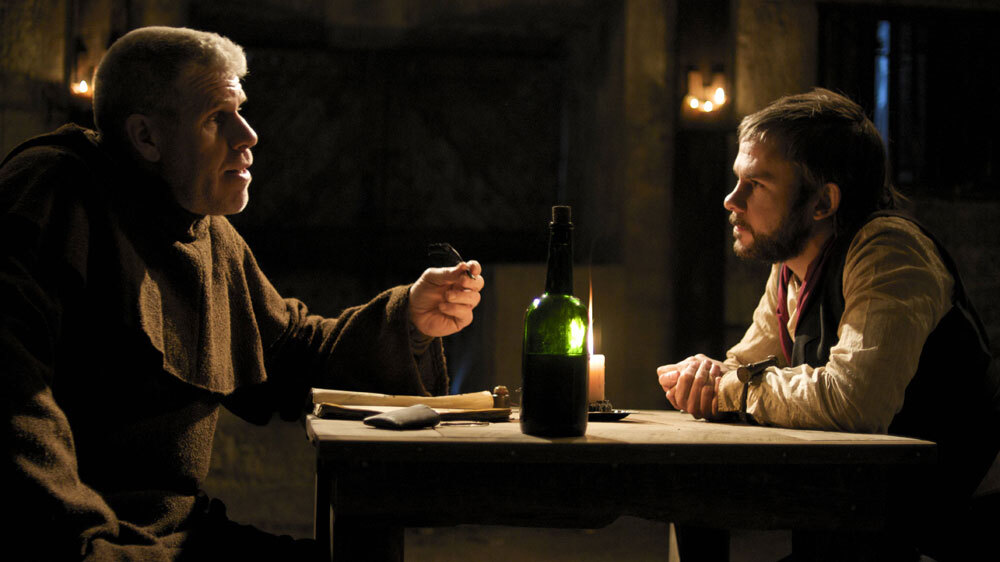 On A Whiskey And A Prayer: Over drinks, the dubious Father Duffy (Ron Perlman) extracts the ghoulish confessions of an 18th-century grave robber (Dominic Monaghan) before the latter's date with the guillotine.

I Sell the Dead

Indie-movie hyphenate Larry Fessenden specializes in low-budget eeriness and bargain-basement gore, and whether he's directing his own projects (The Last Winter) or helping to realize the disturbed visions of others (Trigger Man, The Roost), the prolific Fessenden leaves identifiable fingerprints. Every penny of his (often micro-) budgets is visible on screen, his trademark energy and economy never manifesting as slapdash visuals or awkwardly cut corners. He would rather give us one perfect zombie than a horde of half-baked ghouls.

In Glenn McQuaid's irreverent horror-comedy debut, I Sell the Dead, Fessenden works both behind the scenes (he's a producer) and in front of the cameras: Playing Willie Grimes, a journeyman grave robber in 19th-century Ireland, he channels the Shining-era Jack Nicholson in more than just looks.

As the movie opens, Willie is having an unfortunate encounter with a guillotine while his apprentice turned partner, Arthur Blake (Dominic Monaghan), is preparing for a similar fate. Sharing Arthur's prison vigil, meanwhile, is chunky Father Duffy (Hellboy's Ron Perlman), a creepy cleric armed with whiskey and the promise of absolution — but only if Arthur confesses his sins.

Unfolding from there in increasingly bizarre flashbacks, I Sell the Dead is an obstreperous jaunt through Arthur and Willie's bungled career. For them, the once-noble (and lucrative) profession of bodysnatching has become an unrewarding chore. Blackmailed by squinting Dr. Quint (Phantasm legend Angus Scrimm), a greedy anatomist who likes to play the fiddle before dicing the dead, our heroes fill his cadaver orders for little more than the price of a pint. Until one night, when they excavate a grave situated at a crossroads (Clue No. 1) and uncover a female corpse sporting a garlic necklace (Clue No. 2). Thank goodness for those shovels.

Smart and swift (it's a lean 85 minutes), McQuaid's script is essentially a series of distinct vignettes, most with a single location: a cemetery, a pub, a mysterious island. 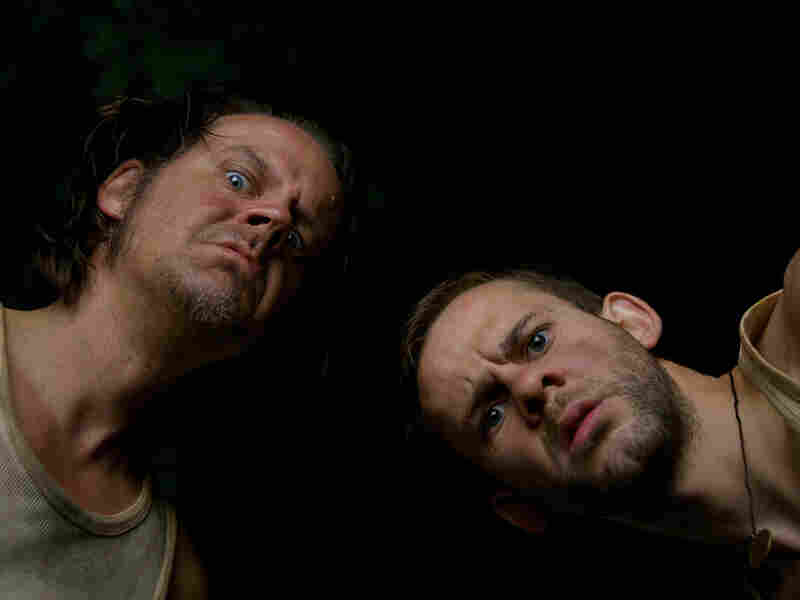 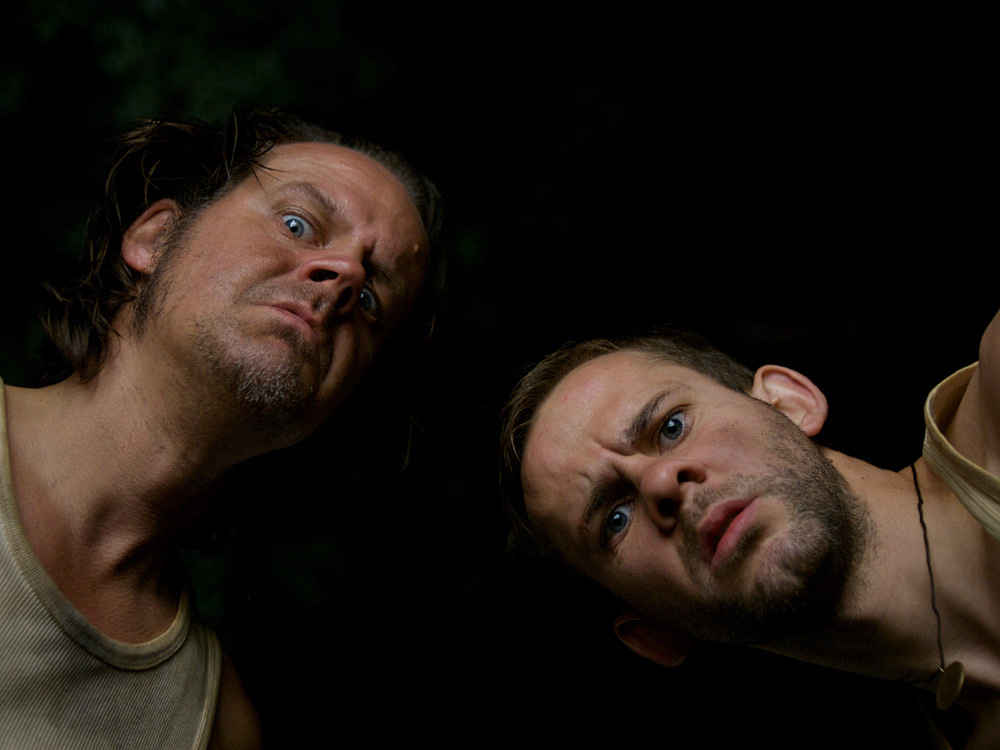 But it's not unimaginative: As Arthur and Willie learn that there's more money to be made from the chronically undead than from the certifiably deceased, the treats in the coffins become ever more outlandish and exponentially more dangerous. The duo's success also attracts the attention of the House of Murphy, a rival crew of body thieves more scary than any stiff and more territorial than any unneutered tomcat.

Filled with grisly sound effects and Gaelic wit, I Sell the Dead may be more slapstick than horror, but McQuaid leaves the film's genuinely chilling moments — like a shrouded corpse slowly unfurling behind Willie's back — room to breathe.

Its wit and style, however, are thoroughly modern, as is a hilarious ending that leaves the sequel door wide open. And why not? Whether downing pints or unearthing aliens, Arthur and Willie are a buddy act we could stand to see again.

Official Site: 'I Sell The Dead'