Accessibility links
First Up For Sotomayor: A Case With Partisan Edge Sonia Sotomayor made history Thursday, winning approval from the Senate to become the first Hispanic to sit on the nation's mightiest bench. And in less than a month, Sotomayor and the rest of the justices will rehear arguments in a high-profile campaign finance case that could rewrite the rules that restrict corporate political campaign spending.

First Up For Sotomayor: A Case With Partisan Edge

First Up For Sotomayor: A Case With Partisan Edge 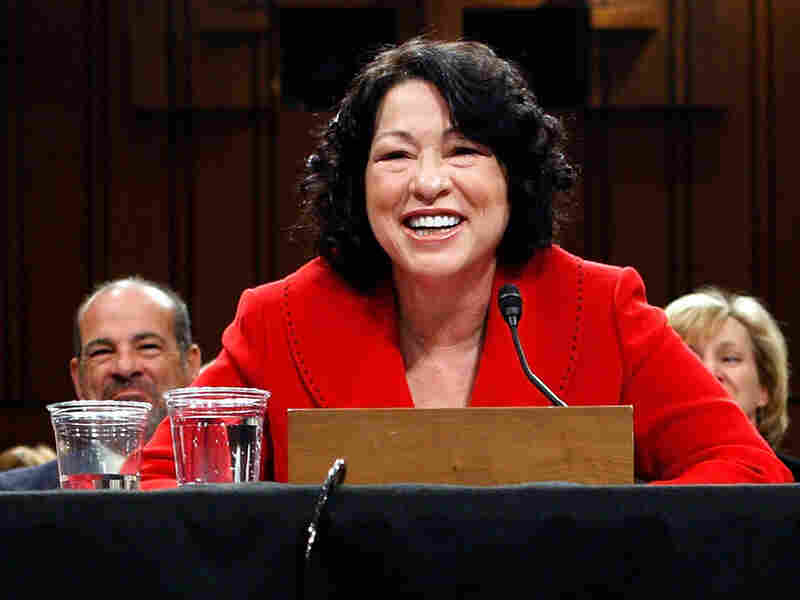 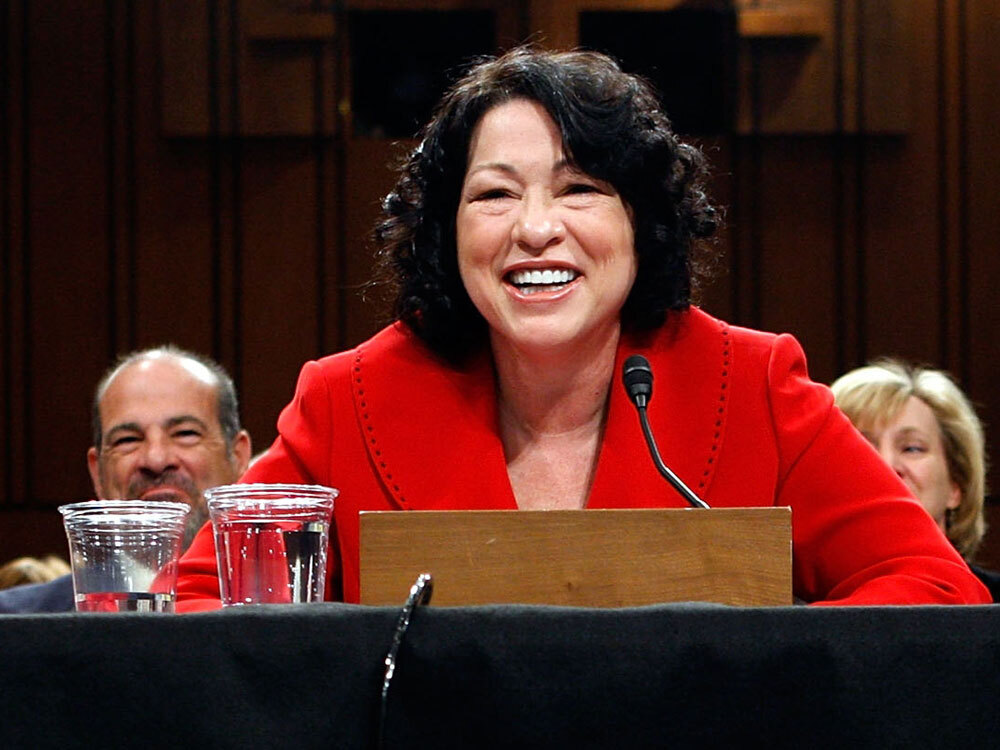 Sonia Sotomayor made history Thursday, winning approval from the Senate to become the next Supreme Court justice — and the first Hispanic to sit on the nation's mightiest bench.

Sotomayor's confirmation came despite strong Republican opposition and on a mostly party line vote of 68-31. But the partisan bickering surrounding Sotomayor isn't likely to end once she is sworn in on Saturday morning. In less than a month, the court is scheduled to rehear arguments in a high-profile campaign finance case that could rewrite rules that restrict political campaign spending by corporations and unions.

And it just so happens, legal experts say, that issues of campaign finance and the ongoing struggle to balance free speech rights with the corrupting effect of big money in politics lie right in Sotomayor's wheelhouse. 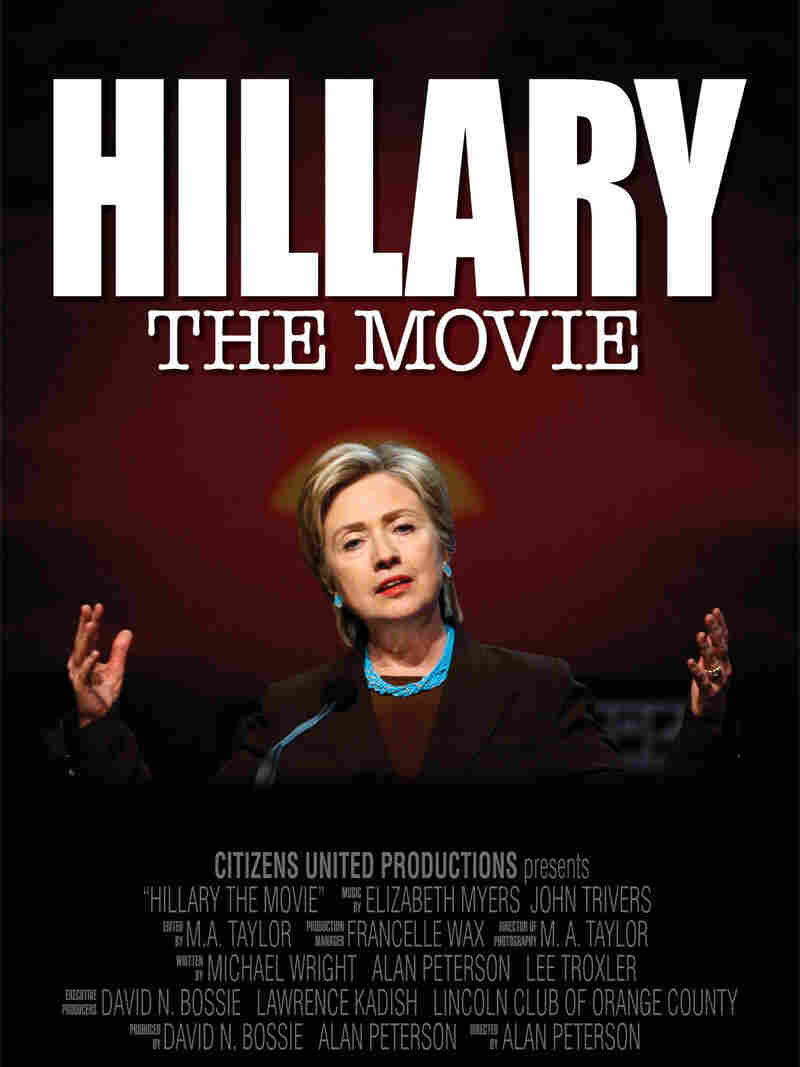 In less than a month, the Supreme Court will examine a corporate campaign finance case involving an anti-Hillary Clinton movie. Courtesy of Citizens United hide caption 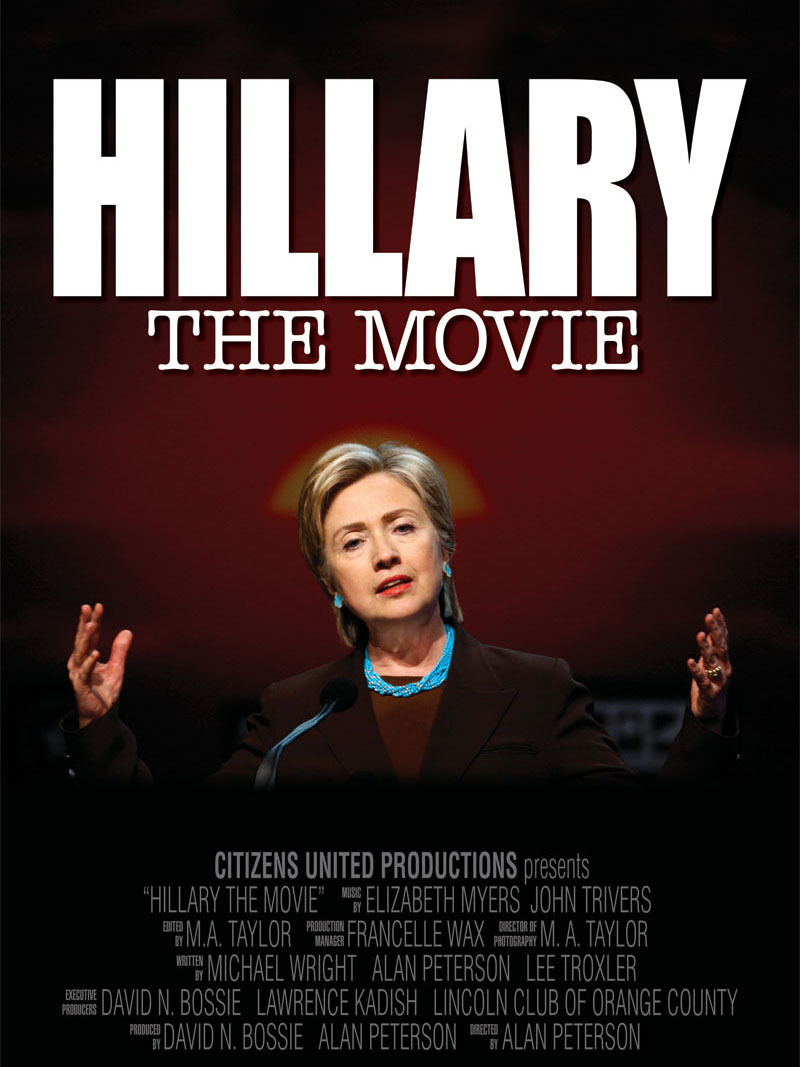 In less than a month, the Supreme Court will examine a corporate campaign finance case involving an anti-Hillary Clinton movie.

"She is the only one on the court who has experience as a campaign finance regulator," says Rick Hasen of Loyola Law School in Los Angeles, referring to Sotomayor's four years as a member of the New York City Campaign Finance Board.

"Her experience is in both election law and policy, and she could bring a different perspective," Hasen says.

At issue in the case, scheduled to be reargued Sept. 9, is whether the Federal Election Commission violated a conservative advocacy group's free speech rights when it barred the release of an anti-Hillary Clinton movie on the eve of the 2008 presidential primary season.

At the center of this case is whether an 8-foot cross erected on federal land 75 years ago as a war memorial and maintained by the government violates the First Amendment principle of separation of church and state. Lower courts invalidated a land swap that would have created for the cross an island of private land in the Mojave National Preserve. Cross supporters argue that the Oregon resident who challenged its location has no legal standing to sue.

Robert Stevens sold a product most find distasteful: videos of illegal dogfights. But after being convicted of "knowingly selling depictions of animal cruelty" across state lines and for profit, Stevens won a reversal on appeal. The videos, the court ruled, were constitutionally protected speech. The high court will have to decide whether it agrees, or whether the intentional cruelty depicted is unprotected speech — like child pornography.

When a government entity trucks in sand to build up an eroding shoreline, who owns the new beach? The issue before the high court is the constitutionality of Florida's plan to redo seven miles of a storm-damaged shoreline by creating a public beach between private homes and the Gulf of Mexico. Homeowners say their due process rights were violated; the state says the plan is a legal taking in the public interest of shoreline restoration.

Citizens United, which produced the movie, argued that the tenets embodied in the 2002 McCain-Feingold campaign finance law suppress political free speech by barring the use of corporate and union funds for partisan communications and limiting the time frame in which those partisan advertisements or broadcasts can be shown.

The FEC and a lower court found that the film, funded in part by corporate donations, violated the law's big money ban as well as a rule that prohibits "electioneering communications" in the 30 days before a primary for federal office — in this case, a presidential primary season during which Clinton was seeking her party's nomination.

But the Supreme Court's decision to have the case reargued suggested that justices less friendly to corporate campaign spending rules may be using the movie case to re-examine the broader law, including subsequent high court decisions that upheld corporate and union money restrictions.

"You always tremble a little bit when something like that happens," says Mary Wilson, president of the League of Women Voters, which has filed a friend of the court brief in favor of the FEC's position.

"From our perspective, we are trying to protect our political process from huge corporate expenditures in candidate elections," she says. "When something's not decided on the briefs, we wonder, what more do they need to hear on this?"

Hasen is among election law experts who say that the court under Chief Justice John Roberts' guidance, and since now-retired Justice Sandra Day O'Connor was replaced by Justice Samuel Alito, has been consistently chipping away at campaign finance rules.

"They've decided four cases before this one and in each, they either held a rule unconstitutional, created an exception" or otherwise weakened the law, Hasen says.

A ruling for Citizens United "would be a significant change in its own right, and also signal that other campaign finance laws are ripe for challenge," Hasen says.

But Steven Shapiro of the American Civil Liberties Union says that predictions of great changes are overstated.

"I don't think it would be the end of campaign finance legislation as we know it," says Shapiro, who co-wrote the ACLU's friend of the court brief that supports Citizens United.

"This is not a challenge to contribution limits, nor is it a challenge to soft-money limits," he said. "This is about government revocation of core political speech, regardless of the speaker."

So how might the country's newest justice figure in the clearly polarizing debate?

Wilson of the League of Women Voters says she believes that Sotomayor's experience and her personality will help advance arguments made by those who favor keeping restrictions intact.

"She was on the New York City Campaign Finance Board, so she certainly has familiarity with these kinds of issues," Wilson says. "We also know that she's very good at asking pointed questions and getting to the heart of the matter."

Sotomayor was a founding member of the nonpartisan finance board in 1988, and she served until 1992, when she was named a District Court judge. The board administers the city's public matching campaign funds program, monitors candidate contribution limits and disclosures, publishes a voter guide and oversees debates.

In his assessment of Sotomayor's record on campaign finance, Hasen says he found that her decisions mirror those made by Justice David Souter, the high court jurist whom she is expected to replace.

So though she brings experience to the issue, her presence on the court won't wrest control of the issue from the court's majority conservative wing.

"It's a very high-profile case, and one about which she is likely to have a strong opinion," Hasen says. "But whether she can sway the conservatives? I doubt it."