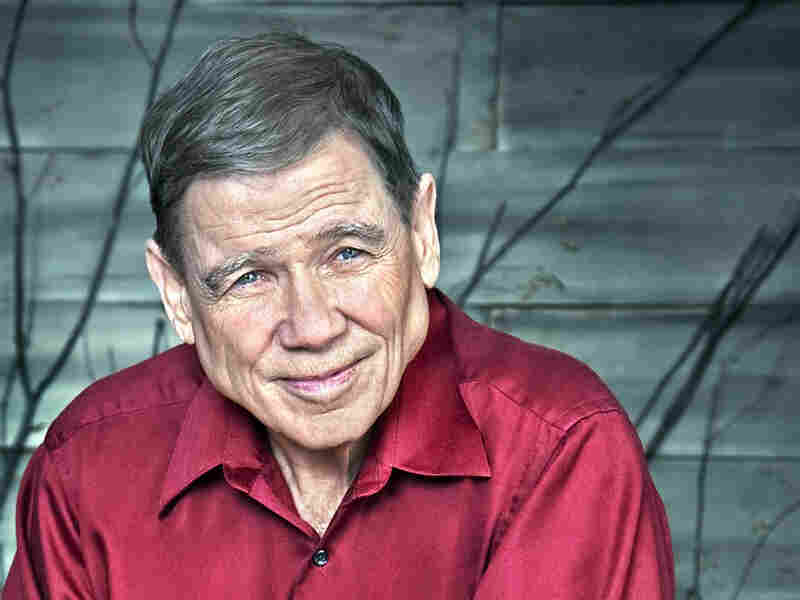 James Lee Burke has won two Edgar Awards over the course of more than 40 years as a writer, as well as The Mystery Writers of America's Grandmaster Award, the group's highest honor. Frank Veronsky/Simon & Schuster hide caption 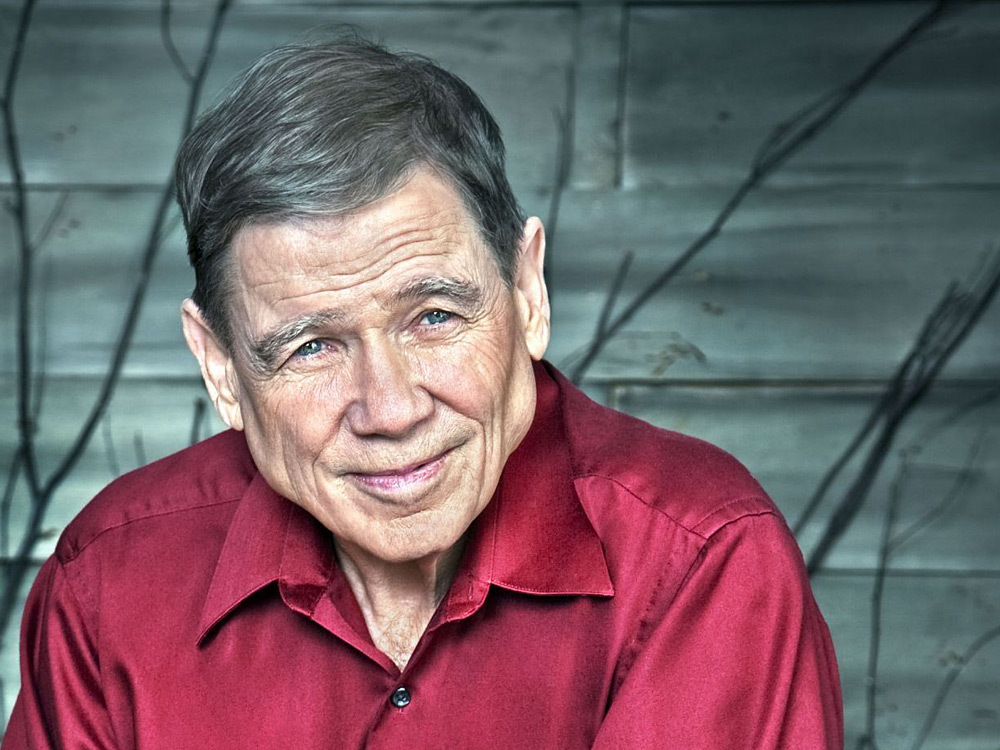 James Lee Burke has won two Edgar Awards over the course of more than 40 years as a writer, as well as The Mystery Writers of America's Grandmaster Award, the group's highest honor.

Burke's protagonist, a 70-year-old widower and reformed drunk named Hackberry Holland, is a character the author introduced in his 1971 book Lay Down My Sword and Shield.

Read An Excerpt From 'Rain Gods'

Burke tells Linda Wertheimer that he wrote the new novel because he felt he "owed Hackberry an amends. ... His story wasn't quite over yet."

Hackberry belongs to a family, which — though fictional — is based closely on the author's own. The novel is set in the present and "deals with the violence that is ongoing on the Texas-New Mexican-Mexico frontier," Burke says.

Opposite Hackberry is a psychopathic religious demagogue named Preacher Jack Collins, who Burke describes as "the most intriguing antagonist or villain I think I've written about."

For Burke, wide Texas vistas were the ideal setting for a story of atavistic violence.

"There's something about the American Southwest that's enchanting. It's magical. It's the correspondent of the Mideast, and it's almost Biblical, the landscape is," Burke says. "It's the perfect place to use as the backdrop for a Biblical story." 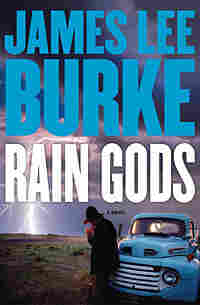 Throughout the day, Hackberry waited for Ethan Riser to call back. At the office, he cleaned out the paperwork in his in-basket, drove a sick female inmate from the jail to the hospital, ate lunch, shot a game of pool in the saloon, placed an ad for a road-gang guard in the newspaper (eight dollars an hour, no benefits, must not be an ex-felon), and returned home for supper.

Still no call from Ethan Riser.

He washed his dishes and dried them and put them away, then sat on the porch as the evening cooled and plumes of dust rose off the land and a purple haze formed in the sky. Occasionally, he sensed a hint of rain in the air, a touch of ozone, a shift in the breeze that was ten degrees cooler, a ripping sound in a bank of black clouds on the horizon. When he strained his eyes, he thought he saw lightning on a distant hill, like gold wires sparking against the darkness.

From where he sat, he could see both the southern and northern borders of his property, the railed pastures he watered with wheel lines, the machine shed where he parked his tractor and his four-stall barn and his tack room filled with bridles and snaffle bits and saddles and hackamores and head stalls and three-inch-diameter braided rope leads and horsefly spray and worming syringes and hoof clippers and wood rasps, the poplar trees he had planted as windbreaks, his pale, closely clipped lawn that looked like a putting green in a desert, his flower beds that he constantly weeded and mulched and fertilized and watered by hand every morning. He could see every inch of the world he had created to compensate for his solitude and to convince himself the world was a grand place and well worth fighting for and, in so doing, had found himself without someone to enjoy it beside in equal measure.

But maybe it was presumptuous of him to conclude that his ownership of the ranch was more than transitory. Tolstoy had said the only piece of earth a person owned was the six feet he claimed with his death. The gospel of Matthew said He makes His sun rise on the evil and the good, and sends rain on the just and the unjust. Just across the border was a moral insane asylum where drug dealers did drive-bys in SUVs on entire families, where coyotes stole the life savings of peasants who simply wanted to work in the United States, and where any freshly created hump in the countryside could contain a multiple burial.

Wasn't the potential for devolvement back into a simian society always extant within? Hackberry had seen American soldiers sell out their own in a prison camp south of the Yalu. The purchase price had been a warm shack to sleep in, an extra ball of rice, and a quilted coat with lice eggs in the seams. A trip into any border town gave one little doubt that hunger was the greatest aphrodisiac. It wouldn't take much to create the same kind of society here, Hackberry thought. The collapse of the economy, the systemic spread of fear, the threat of imagined foreign adversaries would probably be enough to pull it off. But one way or another, his home and his ranch and the animals on it and he himself would become dust blowing in the wind.

He stood up from his wicker chair and leaned his shoulder against one of the lathe-turned wood posts on the porch. The sun had burned into a red spark between two hills, and again he thought he smelled impending rain in the south. He wondered if all old men secretly searched for nature's rejuvenation in every tree of lightning pulsing silently inside a storm cloud, in every raindrop that struck a warm surface and reminded one of how good summer could be, of how valuable each day was. 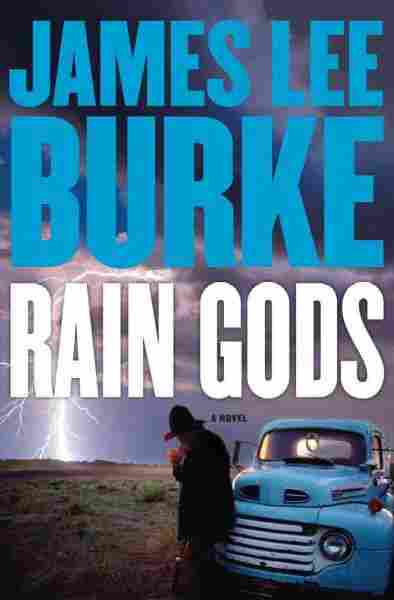