Accessibility links
Scars Remain 35 Years After Nixon's Misdeeds The only president ever to be forced out of office had left the country exhausted. NPR Senior News Analyst Daniel Schorr, who was on the infamous "enemies list," says no president has been fully trusted since. 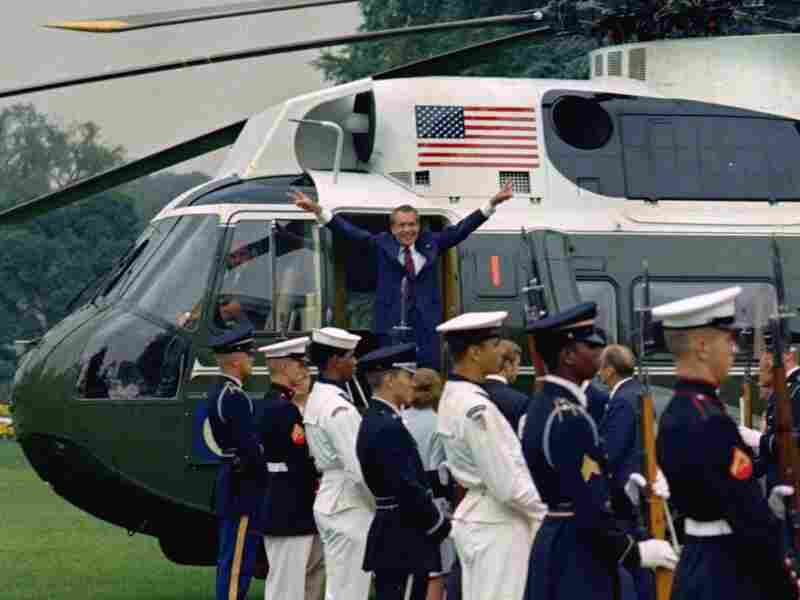 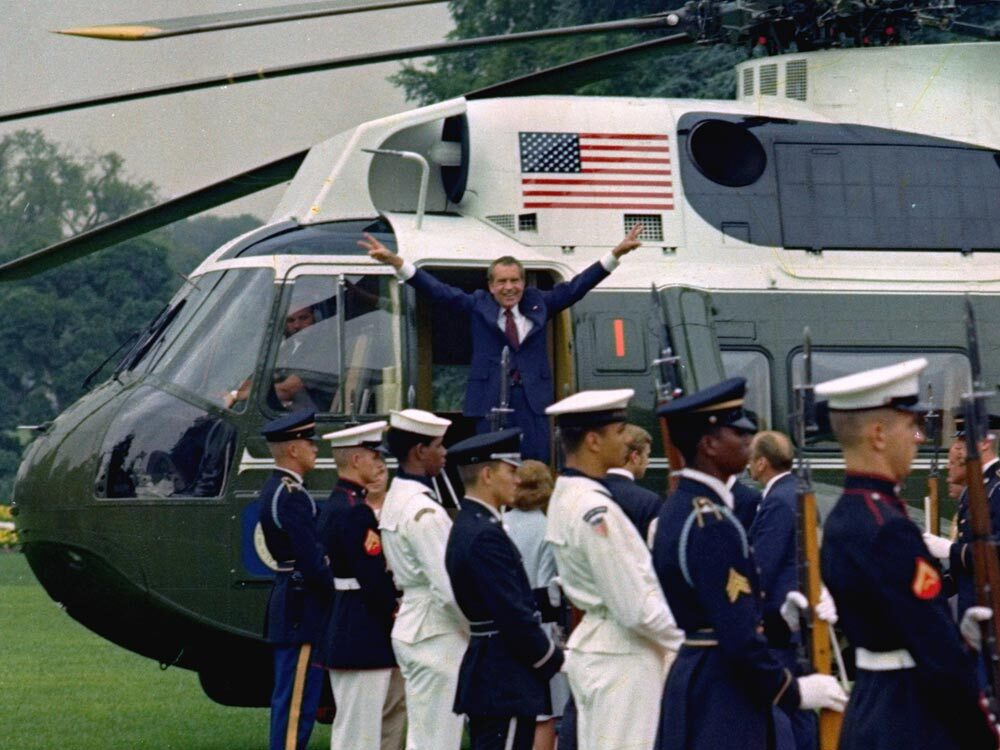 Thirty-five years already? August 9, 1974, remains as vivid in my mind as if it were yesterday — President Richard Milhous Nixon, having announced the previous evening his intention of resigning, makes that official with a one-sentence letter to Secretary of State Henry Kissinger, delivered at 11:35 a.m., followed by an emotional, somewhat disjointed farewell speech to the White House staff in which he evokes the memory of his sainted mother. And then, there he is on the steps of a helicopter, his arms raised in his signature "V for Victory" posture.

Full disclosure: I had more than a journalistic interest in Nixon's ouster. Because he disliked some of my CBS criticisms of his policies, I had a place on the White House "enemies list." And he had ordered J. Edgar Hoover to have the FBI dig up some dirt on me. So, as I helped cover his final moments in office, I could breathe a sigh of relief that I had survived him.

The only president ever to be forced out of office had left the country exhausted. He had stubbornly clung to the presidency until a unanimous Supreme Court ordered him to surrender the Oval Office tapes that implicated him in the Watergate conspiracy. He faced impeachment and, almost certainly, conviction. His chief of staff, Al Haig, had mentioned to Vice President Gerald Ford the possibility of a pardon after resignation, although Ford later denied there was anything like a deal.

In his first speech as president, Ford said that the national nightmare had ended. A resilient nation had survived, but the episode had left its scars on the body politic. Since Nixon, no president has been fully trusted.

Because I was around during the Nixon era, I am constantly asked how his abuse of power compares to the misdeeds of the recent Bush administration. Both employed illegal wiretaps. Bush compiled no list of enemies meriting special persecution — at least, as far as is known.

After 35 years, Nixon is enjoying a revival of interest because of Frost/Nixon, first a stage play, then a movie based on Nixon's 1977 television interviews with David Frost, for which Nixon was paid $600,000 — triple his annual salary as president.

For that, Frost got the closest thing to an apology that Nixon ever uttered for having put America through the wringer.

"I let the American people down," he said, "and I have to carry that burden with me for the rest of my life."

He did let the people down. And we are still carrying the burden.