Accessibility links
An Outsider's Look Inside Amish Community Writer Joe Mackall gained unprecedented access to one of the most conservative Amish communities through his neighbor Samuel. In his new book, Plain Secrets, Mackall chronicles the tightly knit society of Ohio's Swartzentruber Amish. 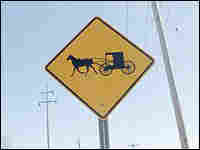 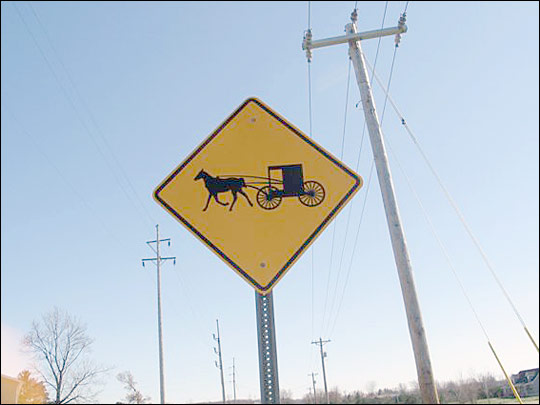 Writer Joe Mackall gained unprecedented access to one of the most conservative Amish communities through his neighbor Samuel. In his new book, Plain Secrets, Mackall chronicles the tightly knit society of Ohio's Swartzentruber Amish.

Mackall talks to Andrea Seabrook about how he gained the trust of his Amish neighbor, how the community takes care of its own members even as it subverts their individuality, the plight of Amish women, and what it's really like to ride in a buggy. 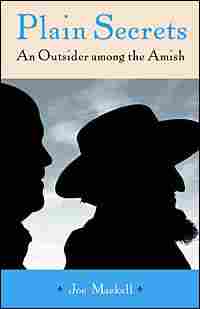 It's been my experience that people who live in this community surrounded by the Amish either love them or hate them — there does not appear to be much middle ground. The haters see nothing good about them. All they do see is a people they're convinced are getting away with something. They don't like the manure and they don't like the dirt or the bare feet. When I was in West Salem's only grocery store one day, I was in line behind a Swartzentruber Amish woman. After she had paid for her food and was walking out, the cashier waved her hand in front of her nose, as if warding off an unpleasant odor. Although there's no doubt that working hard every day and bathing only on Saturday evenings can make somebody a bit ripe, I was offended by the gesture and told the cashier what I thought. She told me that if I worked there and had to put up with it all the time, I'd complain too. I didn't want to start an argument, so I let it go. Only later did it strike me that the cashier herself — an African American woman in a nearly all-white community — might have been the subject of such rudeness in the not too distant past.

A lot of the Amish bashers seem particularly perturbed that Amish children don't go to school beyond the eighth grade. Someone told me recently that she thinks the government ought to step in and force the Amish to give their kids a better education. This same person had no idea that the Supreme Court ruled in favor of the Amish not having to send their children to public high schools in Wisconsin v. Yoder in 1972. Chief Justice Warren Berger's opinion read, in part, "almost 300 years of consistent practice, and strong evidence of sustained faith pervading and regulating respondents' entire mode of life support the claim that enforcement of the State's requirement of compulsory formal education after the eighth grade would gravely endanger if not destroy the free exercise of respondents' religious beliefs."

More than anything else, I believe some modern folks loathe the Amish because they're a flesh-and-blood symbol of all America has rejected and all the Amish reject of America. The Amish are perceived as being anti-progress, as refuting the economy we've created, and a society we've accepted. I believe those who loathe the Amish feel guilty because the Amish take care of their elderly and sick without the help of the state or the cost of insurance. They don't like the fact that the Amish have far fewer expenses than the rest of us do and that they've bought up so much land over the years. They're bothered by the fact that the Amish have no car or house payments to make, no insurance premiums, no jobs they hate, no retirement they're aching for, no nursing homes, no extravagant health-care costs.

They especially don't want the Amish to get any special treatment, particularly if their taxes have to pay for it. Buggy lanes, for example. In some areas heavily populated with buggies, municipalities have considered adding buggy lanes to the roads, which would be for buggies only and would not cut into car lanes. Because this always involves money, of course, not to mention numerous residents selling or giving up sections of their land that meet the road, the issue has come up and gone away several times. An Ohio representative proposed a bill in 2001 that would have helped the twenty-one counties that are home to the state's Amish. The bill was designed to help pay for wider berms and for educating English about driving safely in Amish country. September 11 of that year eclipsed the bill. Although there was only one fatal buggy accident in 2005 — there have already been two in 2006 — there were still 148 buggy accidents that year. In 2001, when the bill was proposed, buggies were involved in 129 accidents. Buggy-on-buggy accidents are unheard of, and if they happen, they're not reported.

Some deriders of the Amish are under the impression that the Amish do not pay taxes, which is not true. They pay real estate, federal, state, and local taxes and refuse government farm subsidies. This does not mean that every single Amish person pays income taxes, in the same way not every non-Amish person pays taxes. But the Amish are required by law to pay taxes, and the Amish I know do not seek out trouble; they figure enough of it will come their way without their going to look for it. The Amish do not pay into Social Security, nor do they accept any Social Security benefits. (An Amish man who hires English workers does have to pay into Social Security for them.) A number of Amish bishops petitioned the government, citing a Bible passage that reads as follows: "But if any provide not for his own, and specially for those of his own house, he hath denied the faith, and is worse than an infidel" (1 Tim. 5:8). After all, it's the job of the community to care for its elderly. The Amish also eschew any kind of insurance, be it home or life. As [Donald] Kraybill writes, "insurance programs — especially life insurance plans — are viewed as gambling ventures that seek to plan and protect one's fortunes rather than yield them to the will of God."

Samuel has told me numerous times that he has all the insurance he needs and it is his church. When a tornado touched down on a neighboring farm in November of 2004, an Amish barn was destroyed. Within a week, a new barn was rebuilt by a crew made up of just about every able-bodied Amish man in the vicinity. The owner of the barn was expected to buy the material, if possible; otherwise a collection would be made. I have witnessed the community in action many times over the years. The community takes care of everybody within it from the cradle to the grave. My wife and I have chastised ourselves for not being involved enough in our community of neighbors, friends, and colleagues. The Amish have taught us something about what it means to watch out for each other. When we had a family of skunks living under our shed, Samuel came over unannounced on a ninety-degree day after a long afternoon spent working on his chicken coop. He parked his two plow horses and his wagon in our driveway. He dug up dirt to use as a barrier, so the skunks wouldn't be able to escape once the smoke bombs went off. By the time he left to do his evening chores, his shirt was drenched and he had helped a helpless English friend. Their dedication to community often stretches well beyond their own.

Reprinted from Plain Secrets: An Outsider Among the Amish by Joe Mackall. Copyright © 2007. By permission of Beacon Press. 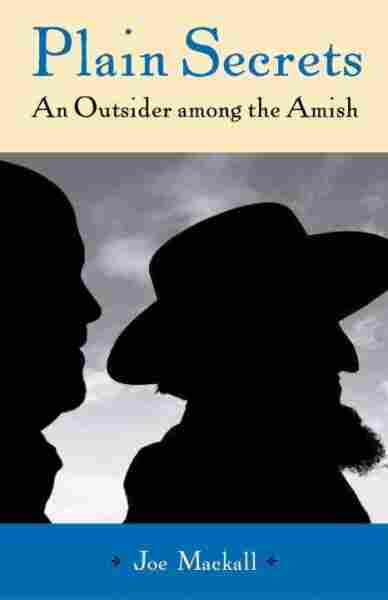 An Outsider Among the Amish