Accessibility links
Mass Medical Clinic's Sobering Message For 2 1/2 days in Virginia last month, about 800 doctors, nurses, dentists and optometrists treated 2,700 uninsured and underinsured people from at least 16 different states. No one was asked for an insurance card. There were no copays, and there were no bills. And for many patients, there were no other options. 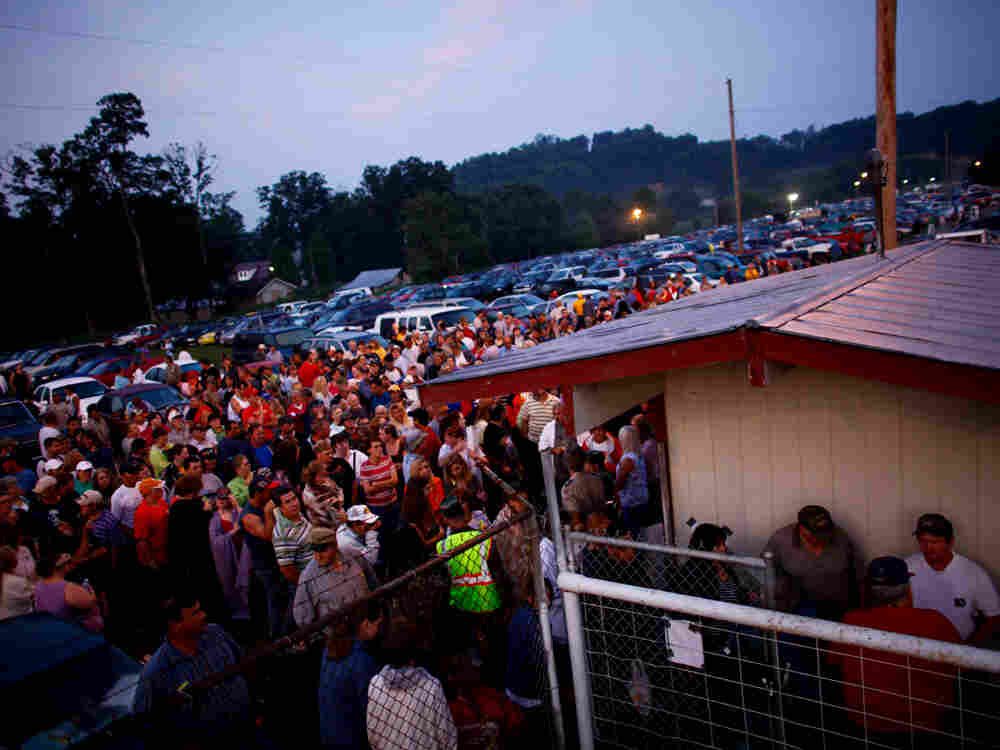 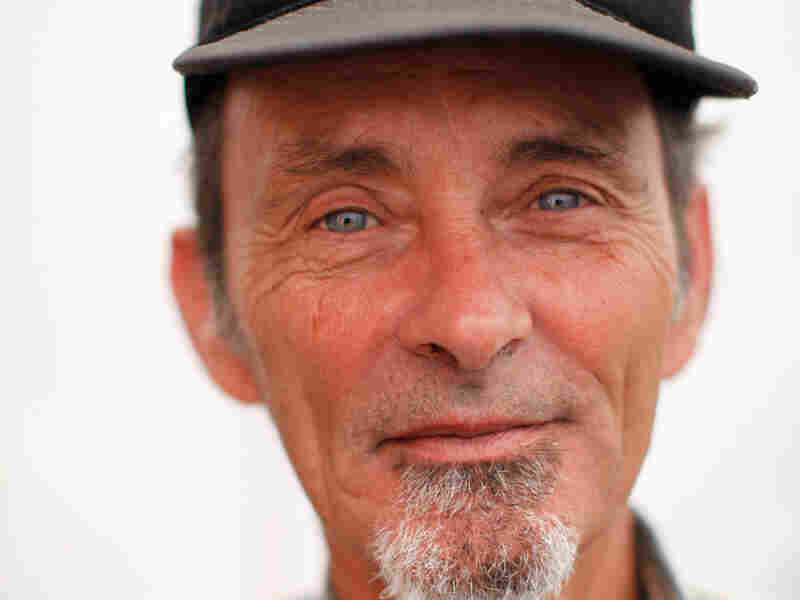 I write and talk for a living. And I've pontificated endlessly about exploding volcanoes, mass shootings and disastrous storms. But some of what I saw at the county fairgrounds in Wise, Va., last month left me wordless.

For 2 1/2 days, about 800 doctors, nurses, dentists and optometrists treated 2,700 uninsured and underinsured people, most from Appalachia. No one was asked for an insurance card. There were no copays. And there were no bills.

A Tennessee-based group called Remote Area Medical, or RAM, arranged the volunteer help, brought in donated equipment and supplies and paid for everything else.

My reporter's notebook is bursting with observations, anecdotes and adjectives, but there were times when the scene, or the meaning of the scene, was difficult to describe.

A survey of RAM attendees by the event's organizers provides some insight into who is left out of conventional medical, dental and vision care.

Who: Patients came from 16 states; 30 percent were repeat patients.

Of the patients, 51 percent are uninsured, 40.3 percent are on Medicaid or Medicare, and just 7.3 percent have employer or private insurance. Fewer than 1 percent of patients have dental or vision insurance.

Cost: The organizers paid about $250,000 out of pocket to run the event, and they provided an estimated $1.5 million worth of care.

These words are scrawled on one notebook page:

That was when the weekend's free mass clinic was supposed to open. But the line of cars trying to get in was a mile long. In the pre-dawn darkness, headlights snaked down the road as far as we could see. Doctors and dentists were also stuck in that traffic jam, so the clinic couldn't open on time.

People seeking treatment had been arriving for two days. Many camped in a grassy parking lot while they waited. Some had long drives to get there; there were license plates from at least 16 states.

Guards had been handing out tickets all night, and now, at 5:34 a.m., the last two tickets for care for the day were about to be offered to the next car in line. The tickets had numbers 1599 and 1600 on them; they were good for eye exams and treatment.

A woman in the green fatigues of the Virginia Defense Force, an official state militia, offered the tickets to the woman behind the wheel.

"You got the last two tickets!" the guard said. "For eyes."

"The last two tickets?" the driver responded. She seemed stunned by the prospect, and she was speechless, at first.

"Ma'am," the guard said, as the driver simply stared ahead. "Ma'am," she said again as another guard joined her. "Ma'am, we're trying to tell you what you got."

Finally, the driver spoke. "I want to give the two eye [tickets] back because somebody may need them more than me."

I muttered those words to myself. "Somebody may need them more?" She figured there was somebody in that seemingly endless line behind her more desperate to see an eye doctor that day. She also needed to see a dentist, but they were already booked solid for the day. So, she parked and waited 24 hours for the next round of dental and vision care.

Most of the people still inching up to the guards also wanted to see dentists.

"We actually gave out all the numbers that we can handle today for dental," the guard told a carload of people. "Dental services are closed. I'm sorry. You have to come back tomorrow."

Those who did return did get treated eventually. But organizers figured hundreds didn't come back, because they couldn't afford the gas or another day paying babysitters or time away from work.

A nurse named Teresa Gardner told me that many would probably wait a year for care, for the next RAM clinic next July. Gardner works with a mobile clinic called the Health Wagon, and she's the local organizer of the RAM event.

I thought about that phrase, "the only answer," as I stood in the busiest place of all that weekend. More than 70 dentists worked shoulder to shoulder in an open-air pavilion, pulling teeth, filling cavities and performing root canals. The drilling was nonstop, 12 hours a day Friday and Saturday, and six hours on Sunday. Close to 4,000 teeth ended up in buckets. Some 20-year-olds had every tooth pulled. A 4-year-old had every tooth filled. Out of the hundreds treated, only 11 had dental insurance.

I arrived home from Virginia with a badly infected finger. It was swollen, red and painful. So I drove to the doctor, presented my insurance card and wrote a check for $15 for the copay. My doctor took a scalpel to the infection and sent me to the pharmacy for antibiotics. All that took an hour.

That's when these words came to me: I have never felt so privileged to have a good job and good insurance and easy access to care without long drives and long nights and a yearlong wait.

The next RAM free clinic begins Tuesday in the Forum, the former basketball arena outside Los Angeles. Doctors, dentists and optometrists will work 12 hours a day for eight days. Organizers expect to treat 10,000 people.