Accessibility links
Portable Bomb Detector Prompts Debate In Iraq Iraqi security forces are using a simple hand-held device that they claim is effective in detecting potential car bombs. The "sniffers" are deployed at roadside checkpoints throughout the country. But U.S. military officials say the science behind the devices is suspect at best. 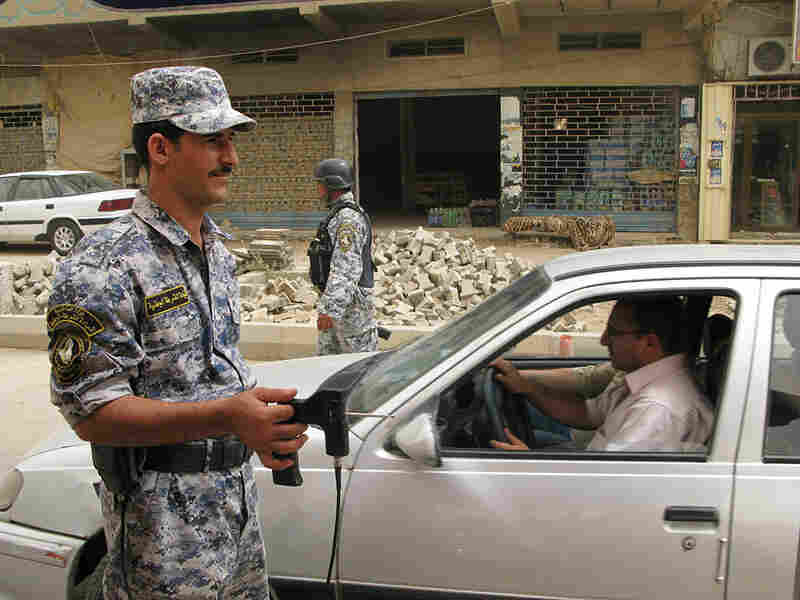 An Iraqi soldier uses a hand-held bomb detector at a checkpoint on the streets of Baghdad. Kais al-Jalele for NPR hide caption 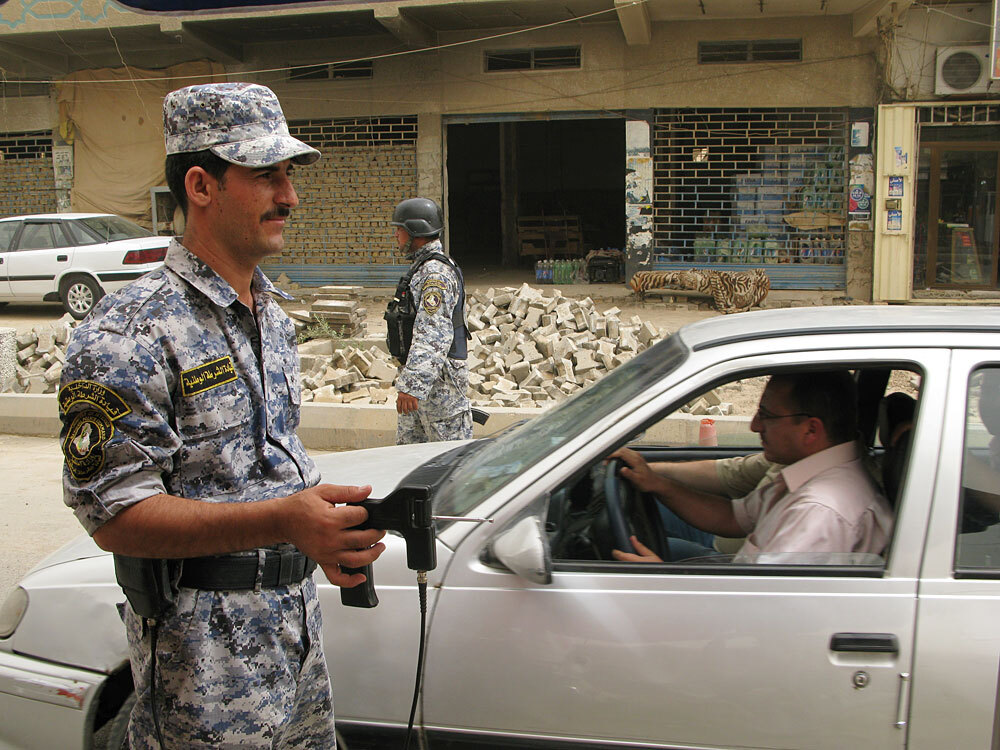 An Iraqi soldier uses a hand-held bomb detector at a checkpoint on the streets of Baghdad.

Iraqi authorities have spent millions of dollars to outfit checkpoints around the country with a simple tool they hope will result in fewer roadside bombings: a hand-held plastic grip with what looks like a transistor radio antenna attached. The curious gadget is supposed to sniff out explosive materials.

While Iraqi security forces say the device is effective, U.S. military experts suspect it is nothing more than a charade.

At nearly every one of the many roadside checkpoints in the country, Iraqi soldiers or policemen are using the electronic sniffer.

A short radio antenna on a swivel sticks out horizontally from a plastic gun grip. If a car smells fishy — or, more aptly, dynamite-y — the antenna swivels and points to it, like a superstitious well-digger's divining rod.

Many U.S. officials say the science is about as sound as searching for groundwater with a stick. But in Baghdad, the policemen swear by it.

"One day, the commander called me to check a suspicious car, and the machine read 'Dynamite and C-4.' I checked it twice more, and then we called the bomb squad, and they discovered that the car carried explosives," one policeman at a checkpoint in central Baghdad says.

Police officer Husam Muhammad says using the device properly is more of an art than a science, and he demonstrates how to walk with a steady rocking march, holding the sniffer out ahead of him.

"If we are tense, the device doesn't work correctly. I start slow, and relax my body, and I try to clear my mind," he says.

But critics of the device say it simply doesn't work — no matter what the state of mind of the operator. One American expert in Baghdad compared the machine with a Ouija board but wouldn't comment on the record. A U.S. Navy investigation exposed a similar device made by a company called Sniffex as a sham.

But the head of Baghdad's bomb squad, Gen. Jihad al-Jaberi, says the devices have performed well and saved many lives

Jaberi says it's not true that perfume and soap set off the devices. He resents the fact that Americans deride the devices — which are also used elsewhere in the Middle East — as operating by "magic."

The U.S. military command that oversees training and advice to Iraq would not comment for this story. But the antenna devices are not seen anywhere near American installations in Iraq, which rely on dogs to sniff out explosive materials.

Even among Iraqis, there is some recognition of the need to upgrade equipment, according to Adnan al-Asadi, Iraq's deputy minister of the interior.

Asadi says he recently headed a task force on the issue and that Iraq is investing in newer technology.