Accessibility links
Analyst Urges More Troops For Afghanistan Anthony Cordesman of the Center for Strategic and International Studies argues that winning the war in Afghanistan would require the equivalent of armed nation building. He calls for more troops with fewer restrictions, fighting corruption in the Afghan government and a coordinated, efficient aid effort.

Anthony Cordesman of the Center for Strategic and International Studies argues that winning the war in Afghanistan would require the equivalent of armed nation building. He calls for more troops with fewer restrictions, fighting corruption in the Afghan government and a coordinated, efficient aid effort.

An attack that U.S. Marines launched today suggests the reasons that the U.S. has considered sending even more troops to Afghanistan.

WERTHEIMER: Marines targeted the town that the Taliban controlled for years. The insurgents felt so secure, they were able to go shopping on the town's main street.

INSKEEP: Once the Marines arrived today, they faced an eight hour firefight. Our correspondent says the Marines apparently limited the use of airpower to try to avoid civilian casualties.

WERTHEIMER: Now that the U.S. is in control, its Afghan allies will face the challenge of holding the town.

INSKEEP: All of which takes manpower.

Anthony Cordesman, an analyst with the Center for Strategic and International Studies, is suggesting tens of thousands of extra troops are needed.

What are the things that you can't do enough of with 58,000 Americans?

Mr. ANTHONY CORDESMAN (Center for Strategic and International Studies): In a country as large as Afghanistan, you can't cover all of the areas where the Taliban is now operating. You can't secure the populations and critical areas like Kandahar. You can't have a strategy where you can not only carry out tactical operations, but provide lasting security for all of the population. At least until the Afghan security forces are larger and more capable.

INSKEEP: You know, when I think about sending an additional American soldier to Afghanistan, think about the old saying about throwing a pass in football, that if you throw a pass only three things can happen and two of them are bad, interception or incompletion. I wonder if something similar could be true with an American soldier. He could provide more security, which would be good, but he can also become a target for insurgents, one more target, and he can also anger the civilian populace and make them feel that they're under foreign occupation.

Mr. CORDESMAN: Well, first, if you don't pass, you lose the game.

Mr. CORDESMAN: So the analogy, I think, makes a very clear point. If we're going to be serious about winning in Afghanistan, we have to change the tactics. You mentioned the problems that occurred in terms of getting Afghan support. A lot of those problems, a lot of the anger at NATO forces occurred because we would go in with far too few forces. We had to use too much airpower too carelessly or too often.

INSKEEP: Oh, to protect a force on the ground that was too small to really defend itself.

Mr. CORDESMAN: That's right, and then the force didn't provide lasting protection. It would have a clash with the Taliban and leave, and the Afghan people would end up having gone through this combat. And that's why the shift in strategy is as important as any increase in troops. You're going from a focus on defeating the enemy in the field to securing the population.

INSKEEP: I want like to report to you two conversations that I've had which might not contradict each other, but I'd like to know what you think of them. Admiral Mike Mullen, chairman of the Joint Chiefs of Staff, recently spoke, as other U.S. military officials have, of trying to show some serious results in 12 to 18 months. Amin Tarzi, who is at the Marine Corps University in Quantico, Virginia - he was born and grew up, his early years, in Afghanistan, argues that Afghanistan has a generational problem, that it's going to take a generation to move that country in a significantly different direction. Is there a contraction between those two points of view?

Mr. CORDESMAN: No, I don't think there's a contradiction at all. I think both are valid points. If these tactics are to work, we'll know in 12 to 18 months. But that at most is going to create an Afghanistan which can gradually have its own forces, its own government. It isn't going to develop Afghanistan, it isn't going to heal all the problems that have developed since the Russians invaded in 1979. It's going to take at least a decade to help the Afghans move to the point where the country has a reasonable level of economic security and is moving toward development. And even then it's still going to be a remarkably poor country by international standards.

INSKEEP: Tony Cordesman of the Center for Strategic and International Studies, always a pleasure to talk with you.

Mr. CORDESMAN: Thanks very much. 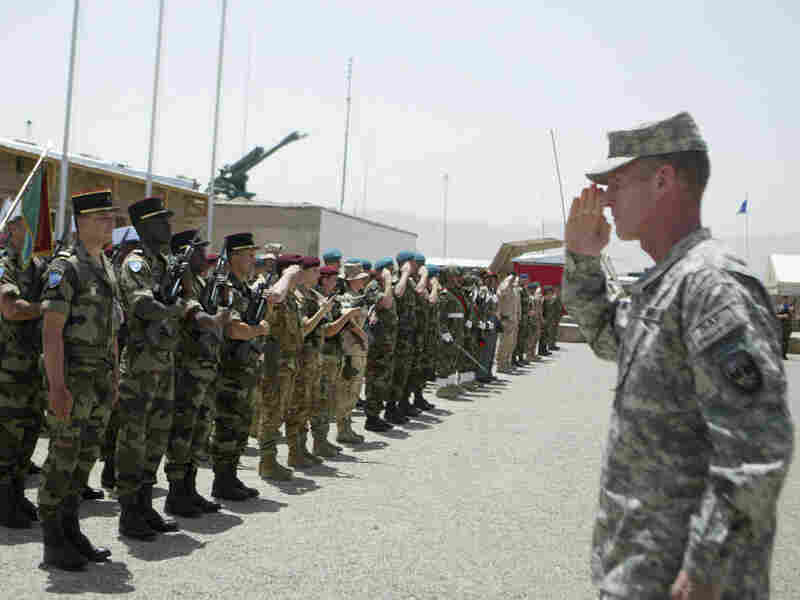 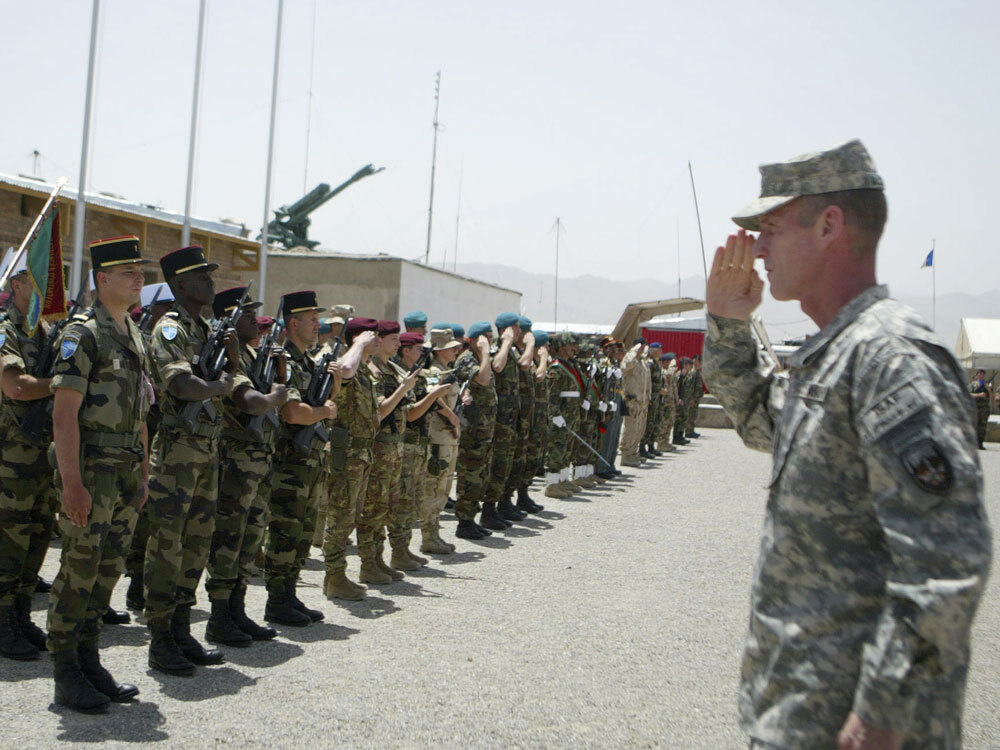 Part 1 Of The Interview

Gen. Stanley McChrystal, the U.S. commander of coalition forces in Afghanistan, says the international community will need to work with the Afghan government to help develop the rule of law — and with the country's justice system to punish drug traffickers who are financing the Taliban insurgency.

"Just arresting someone isn't the entire process. It's the entire cycle of, can we have a fair trial? Can we have appropriate incarceration or punishment? We're committed to supporting that process," McChrystal says during the second part of an interview with Renee Montagne.

He also stresses that ongoing military operations in Afghanistan's volatile Helmand province should not be viewed as solely a counter-narcotics effort, although the U.S. ability to be present in this Taliban stronghold will have an impact on poppy production by "literally being astride it and offering farmers a chance to go to licit crops and get them to market."

McChrystal says he believes this will be a "significant indicator" to Afghans of the inevitability of the move away from growing the poppies that fuel the opiate trade, though he admits it will take a long time.

The military also is targeting the connection between drug traffickers and the Taliban insurgency they are funding.

"Going after the farmer is not the way to do this because the farmer doesn't get rich in the deal. [If the farmer] can grow wheat and get it to market, he'll do fine. If he grows poppies, the reason he's done that is that he's been forced to or he got help to get that product to market when he couldn't get other licit crops to market," McChrystal explains.

If those drug kingpins are caught, it's important to bring them to justice within the Afghan legal system, he adds.

"There have been some cases where there has been extradition of one or two people to America. But I think inside Afghanistan is where the development of the rule of law and the justice system needs the partnership of the international community to make that work better," he says.