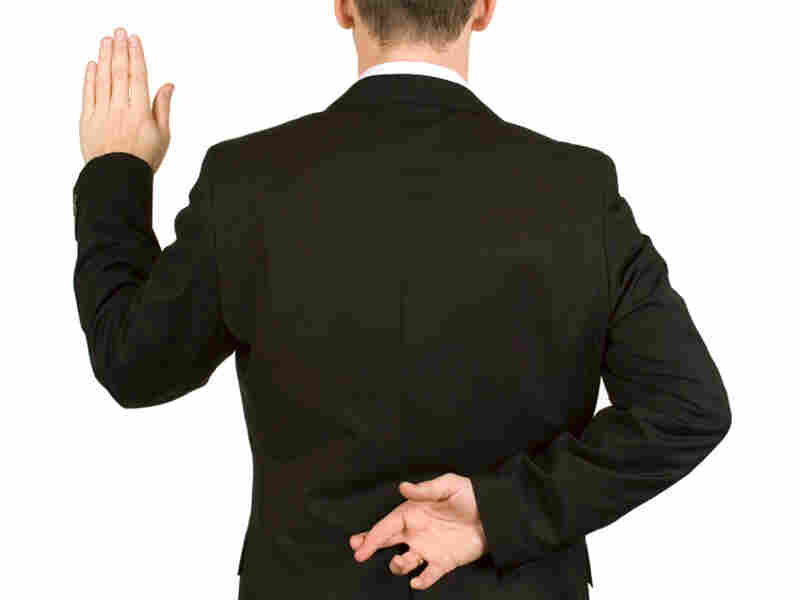 Researchers say liars often appear to be telling the truth. They say it's best to focus on what people actually say and ignore body language. saluha/iStockphoto.com hide caption 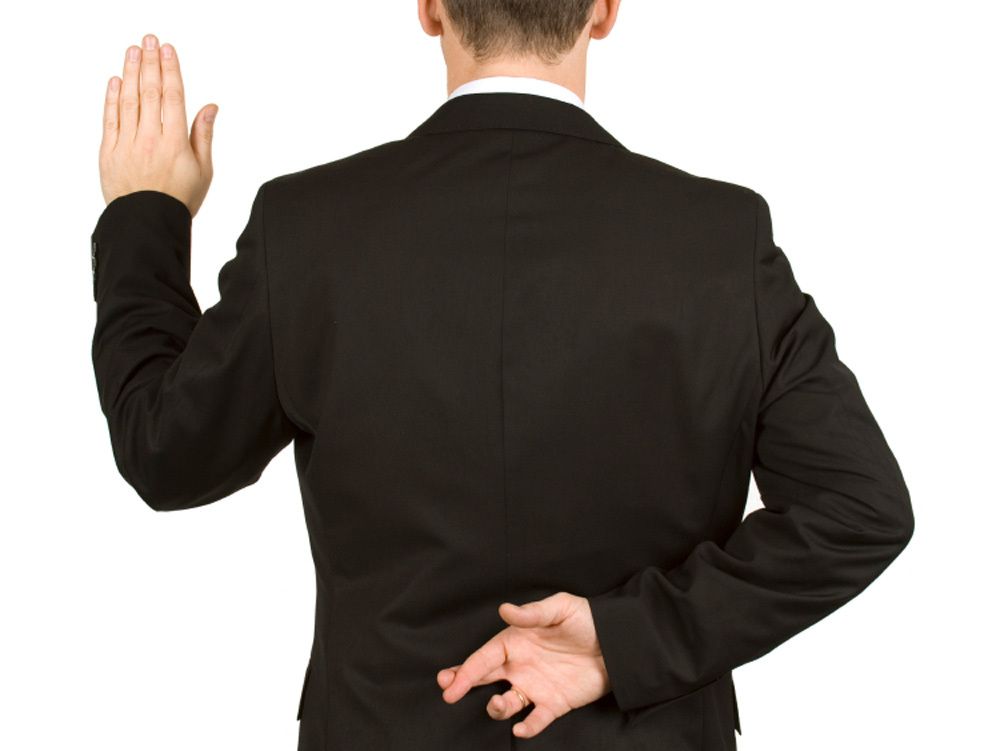 Researchers say liars often appear to be telling the truth. They say it's best to focus on what people actually say and ignore body language.

Forget what you've learned from years of watching cop shows on television. Liars do not have trouble making eye contact. The guilty don't fidget. Culprits don't sweat more. As a matter of fact, research indicates that innocent people tend to be more nervous when they are being questioned because they are very intent on proving that they didn't do it. Liars come in with a script in their heads.

"A lot of different signs of anxiety are mistaken for signs of deception," says Kevin Colwell, a forensic scientist at Southern Connecticut State University in New Haven. He says research shows that even for the innocent, the whole tenor of an encounter with police can make it harder to remember things accurately. "In interrogation the whole goal is to convince somebody or trick them or coerce them whatever it takes to get them to confess to the crime."

Colwell is on the forefront of a movement to change that mindset and convince law enforcement and other interrogators that encounters with suspects are opportunities to get information, not just a moment to elicit a confession. The concern is that if an interviewer is already convinced that someone committed the crime they are investigating, interviewers stop searching for other answers. And that can lead to mistakes.

Seek Information, Not a Confession

This approach, of seeking information rather than a confession, is already well entrenched in Britain. Back in the mid-1980s, after a raft of cases involving false confessions, British courts ruled that officers were no longer allowed to use aggressive techniques — such as lying about evidence — to goad suspects. Interrogations in Britain also have to be taped. This has changed the way UK officers interview a suspect. They chat them up, and start by asking questions to which they already know the answers. The police in Britain say this shift in strategy hasn't reduced the number of confessions.

Colwell and a forensic psychologist at National University in La Jolla, Calif., named Cheryl Hiscock-Anisman have been doing this kind of interrogation research for years. As a general matter, they have found that people who are making up a story prepare an airtight, simple script that is easy to remember. People telling the truth have no script because, basically, they lived the story. So they tend to recall unrelated details and often make mistakes.

Colwell and Hiscock-Anisman have been working on a system that draws that contrast more vividly. And they've been taking their theories out into the field.

They are training police officers across the country to look for verbal patterns instead of fidgets. Just weeks ago they sat down with a group at the San Diego Police Department.

Sergeant Romeo De Los Reyes sat in on the session and, initially, was a little skeptical. "We've always learned that communication is 60- to 90-percent non-verbal," he said. "So this was a different approach to dealing with deception."

Now he sees this approach as another tool for his interview toolbox.

Basically the system asks an interviewer to pay attention to words and verbal cues rather than focusing on non-verbal communication. Hiscock-Anisman suggests interviewers begin with a non-threatening question. "For example, when I was living in Texas and I was running inmates for one of my studies we asked, 'what was the first day like for you in prison?'" she said. She chose that question for two reasons: it was a vivid memory, and it was very likely to get a truthful answer.

"There's no need to lie about your first day in prison, even if you're an inmate," she said.

The first question is designed to give interviewers a baseline of sorts. It gives them an idea of how much detail someone provides when they are telling a story truthfully. Next, interviewers are supposed to ask the person to tell them about the event under investigation. Then they compare the two stories. Does the suspect use the same number of descriptive phrases? Is there the same kind of recall? All these things are very important when trying to turn a gut instinct about whether someone is lying, into something more rooted in specific patterns.

Then comes the harder question, which Hiscock-Anisman says often separates the liars from the truth-tellers. "I say, now what I want you to do is I want you to go back to that time and I want you to describe every single thing that happened but this time I want you to tell me what happened last and work all the way backwards," she said. She laughs. "A liar is going to have a hell of a time, right?"

Try this the next time your teenager comes home late.

The point is, the research indicates that a person who is being honest tends to provide tons of little facts, anecdotal details that you only get from living a situation. In fact, Hiscock-Anisman says she's found that truth-tellers tend to add about 30 percent more detail than people who are lying.

But there are still practical questions on how law enforcement might use this approach. San Diego's De Los Reyes says the system might work with someone who has to decided to talk, but what about someone who is refusing to cooperate? That's unclear. Even so, the San Diego Police Department has asked Colwell and Hiscock-Aninson to come back, to do more training.