Accessibility links
Janine Jansen's Supercharged Tchaikovsky The young Dutch violinist was once known as much for her good looks as for her good playing. Today, she turns heads with a fearless approach to music and excellent technique. Hear Jansen play Tchaikovsky's classic Violin Concerto with the Los Angeles Philharmonic.

It's lovely to see Janine Jansen, the striking young Dutch violinist, celebrated more and more for her amazing musical talents and not just her good looks. For evidence of those abilities, just listen to this gangbusters performance, in which Jansen plays Tchaikovsky's Violin Concerto with the Los Angeles Philharmonic. 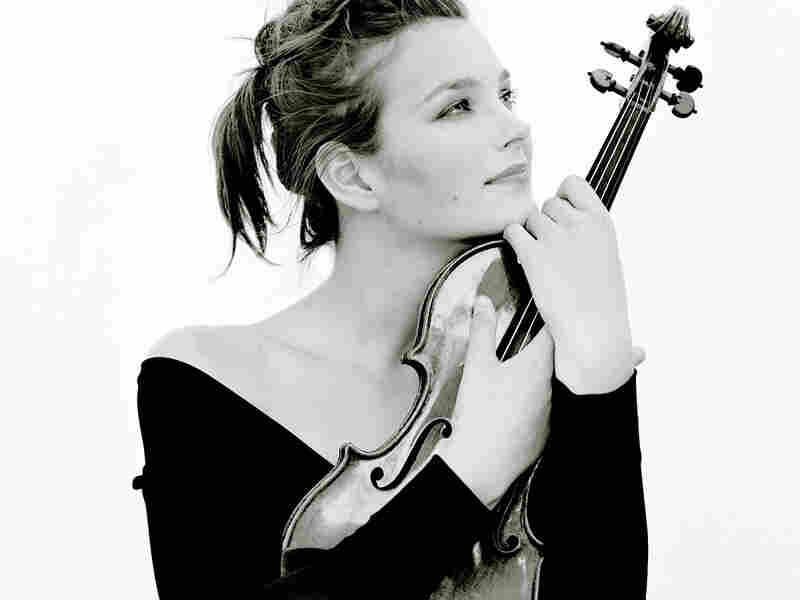 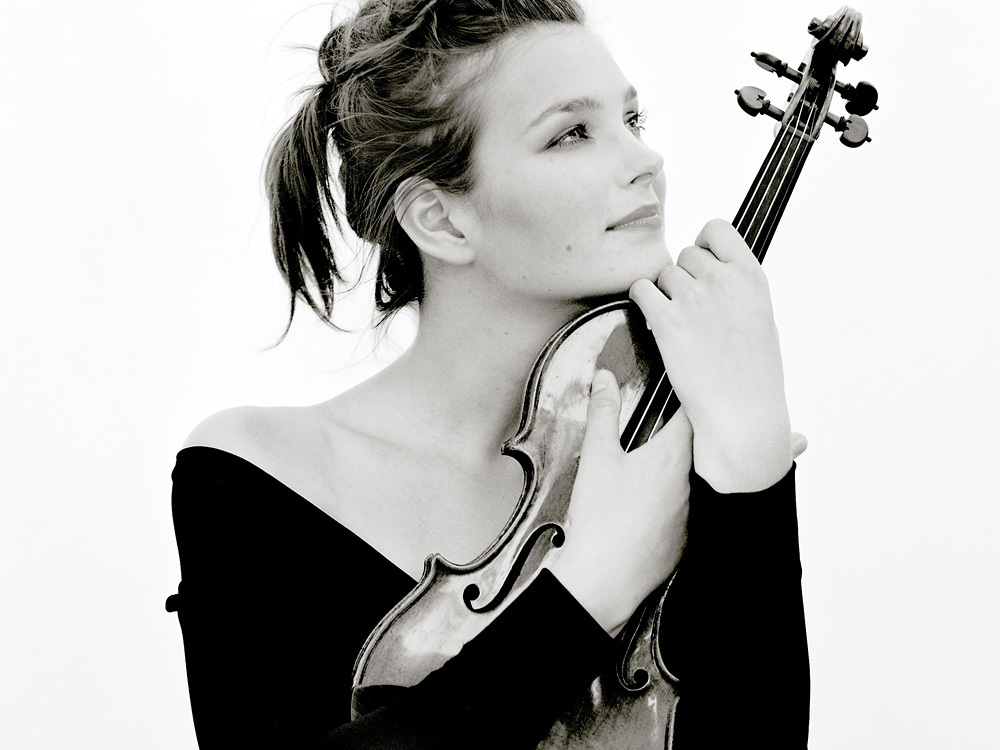 Janine Jansen taps into the pent-up passions within Tchaikovsky's Violin Concerto. The young Dutch violinist's career is taking off.

When Jansen first appeared on the scene in the late 1990s, her CDs' cover photos played up her bone structure a lot more than her Stradivarius. Over the years, though, those CD covers have become increasingly demure. As Jansen performs with more conductors and orchestras around the world, the word's gotten out: She can play with the best of them.

A few months ago, I asked Paavo Jarvi, music director of the Cincinnati Symphony Orchestra, what he thought of the Jansen phenomenon. He, too, had questioned the marketing of her debut, but now he said, "I don't know any other player who inhabits a piece of music the way Janine does onstage. She's amazing."

I put that same question to Edo de Waart, who conducted this Los Angeles Philharmonic performance. From many years of interviewing de Waart, I've learned that he is not one to strew flowers. But Edo said, "She played Tchaikovsky so full of passion and sound-colors, and [with] sheer virtuosity. It was a full, blazing account of the piece."

That is about the highest praise an artist could ever get.

(Janine Jansen's new recording of music by Beethoven and Britten will be released Sept. 29.)

Today's pop psychologists might brand Peter Tchaikovsky one of those people who needs a crisis in order to work productively.

In 1878, he wrote one of his most brilliant pieces, the Violin Concerto in D, while reeling from the trauma of a miserably failed marriage. To add insult to injury, the violinist for whom he wrote it dubbed it "impossible to play."

That fiddler was a virtuoso named Leopold Auer. He was no lightweight, but the rigors of the new piece proved too much for him. The concerto was passed on to a man named Yosif Kotek, but he also failed. Three years passed. Then violinist Adolf Brodsky came along, and the work finally received its premiere in Vienna on Dec. 4, 1881. Alas, it was not an auspicious debut. The sharp-tongued critic Eduard Hanslick wrote that the violin was not played, but "torn apart, pounded black and blue." A vivid image, but was it true? As it turns out, Hanslick and Tchaikovsky both lived long enough to see the concerto become a beloved part of the repertoire.