Accessibility links
Do-It-Yourself Guru Makes Treasures From Trash Crafty people often make useful things out of stuff normally headed for the trash heap, but rarely do their creations spell fame and financial success. Unless, of course, you're Tim Anderson, a rock star of the DIY crowd. 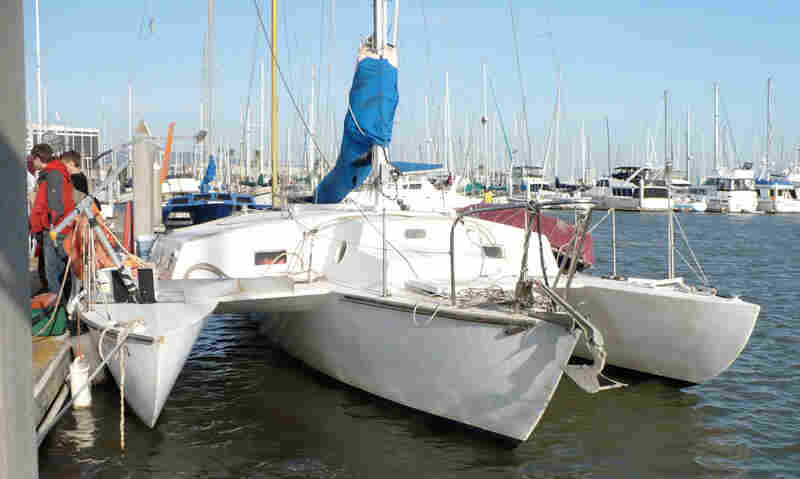 Tim Anderson restored this sailboat, which had been abandoned by its previous owner. Jon Kalish for NPR hide caption 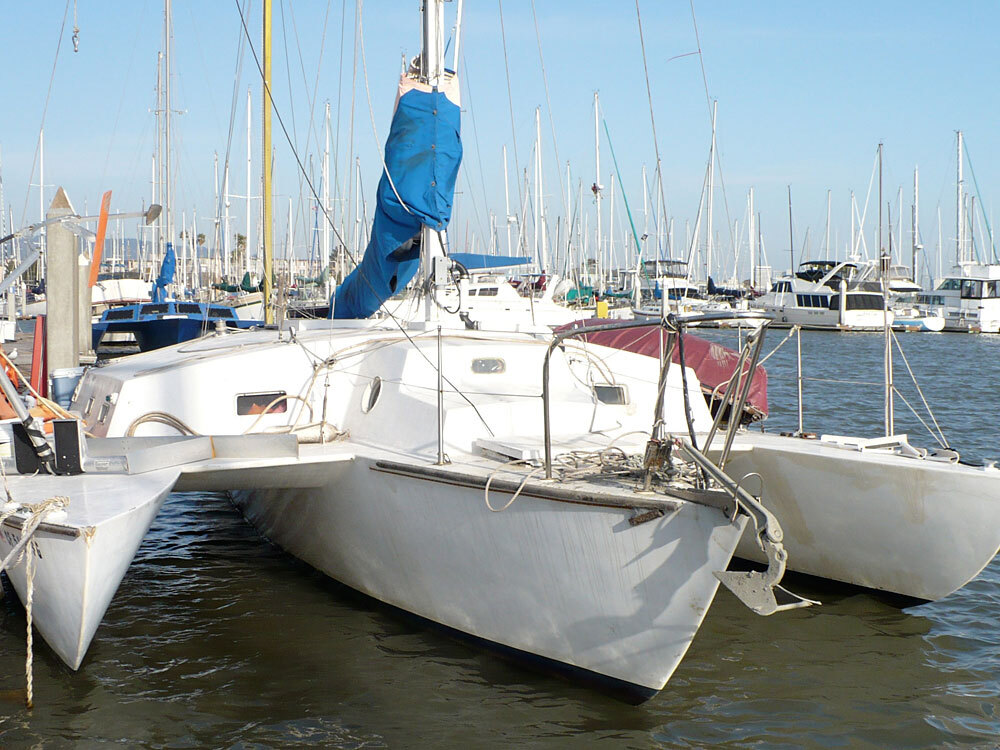 Tim Anderson restored this sailboat, which had been abandoned by its previous owner.

In the world of do-it-yourselfers, Tim Anderson is a rock star.

His 1983 Datsun pickup truck runs on bio-diesel, and he's not above Dumpster diving. His only income-producing gig at the moment is writing a column for Make magazine about forgotten technology, like using socks as coffee filters and making sandals from old tires.

Anderson is a 44-year-old free spirit who lives near San Francisco Bay, where he goes cruising every week in a 30-foot sailboat. He got the vessel for practically nothing after the previous owner abandoned it. On video, Anderson documented the triumphs and foibles of restoring what has come to be known as "the free yacht."

He spends most of his time working on DIY projects. His workshop, in a sprawling industrial park on the waterfront near Oakland, is a large cement room in what was an air-traffic control tower for a military base. It's cluttered with a sewing machine, computers and power tools. Two shipping containers are filled with projects in various stages of completion, including a homemade welder and a Kryptonite-style bicycle lock.

Anderson likes to demonstrate the things he comes up with, like a human-powered paper shredder. He built it by attaching a crank handle to a set of plastic teeth salvaged from a discarded electric shredder.

"I don't know why everyone doesn't have one of these things," he says. "It just makes me want to shred everything. And when you've shredded enough stuff, you can put it in a bag and it makes a pretty nice mattress. It would also work for making pasta."

Since at least the mid-1990s, Anderson has been repurposing everyday objects into useful inventions. One stroke of ingenuity involving a print head from a Hewlett-Packard inkjet printer helped him earn, as he puts it, more money than he'll ever need.

He adapted that print head for use in the prototype of a printer that creates full-color, three-dimensional plastic models. And, after working as a technician at the Massachusetts Institute of Technology, he helped found Z Corp., which manufactures the 3-D printers used by everyone from car manufacturers to shoemakers.

"He's got an incredible curiosity and just an innovative streak," she says. "He just wants to try things and is unencumbered by feelings of it not working. He just wants to go and try it and see what happens."

That fearlessness has led to more than 200 DIY projects featured on instructables.com., a Web site where do-it-yourselfers post step-by-step instructions for all sorts of creations. Anderson has explained how to make a hammock out of drapes and how to use pasta as glue, and he's hosted DIY Web videos on making a shopping cart into a chair and assembling a wind-powered skateboard, among other things.

"One of the terms that Tim taught me is 'Garbage Santa,'" says Wilhelm. "Garbage Santa comes and brings you all sorts of materials for your projects. One of his favorite things to do is to go to junkyards or trash bins and just find stuff and then re-use it."

Anderson's current undertaking is meant to help other do-it-yourselfers with a very ambitious project. He's working on what he describes as a giant dimmer switch that controls the speed in homemade electric vehicles. And, of course, he's making the thing out of junk.