Accessibility links
A Real-Life School Of Rock Want a boost on your climb to rock stardom? Check out the University of Central Oklahoma's Academy of Contemporary Music. Founded by Flaming Lips manager Scott Booker, the school aims to offer not just music theory and performance classes, but an inside knowledge of the music business. 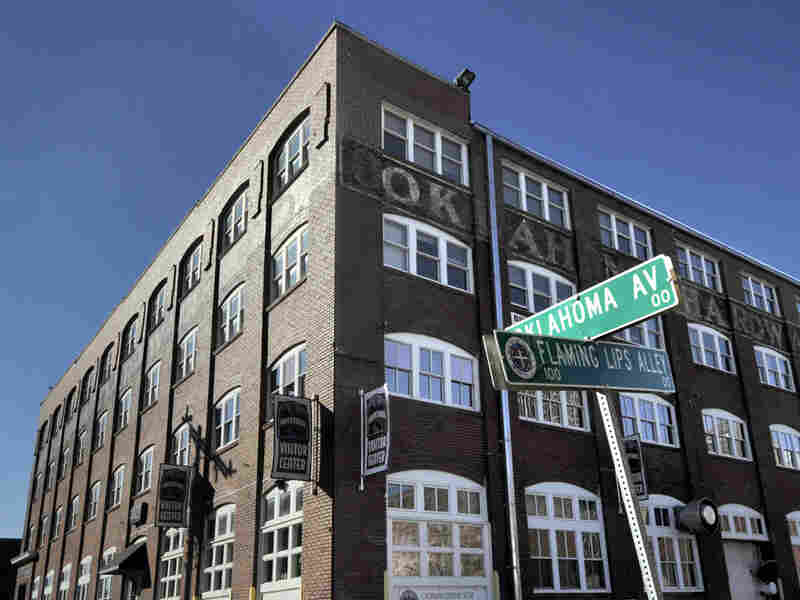 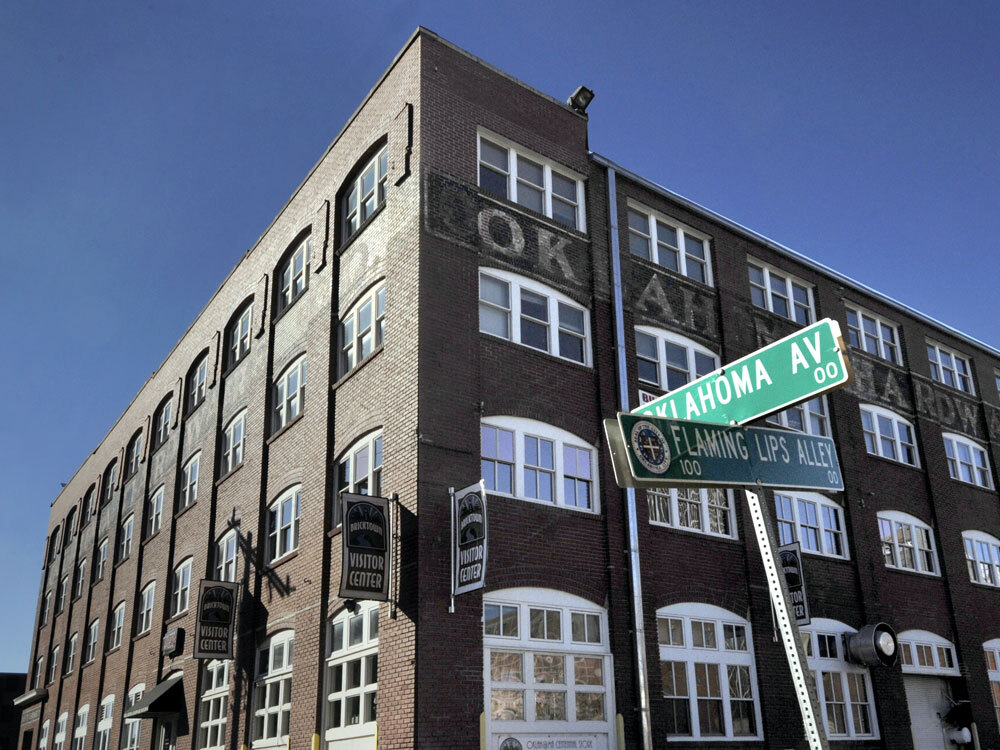 The Academy of Contemporary Music building is in Oklahoma City's historic Bricktown district. 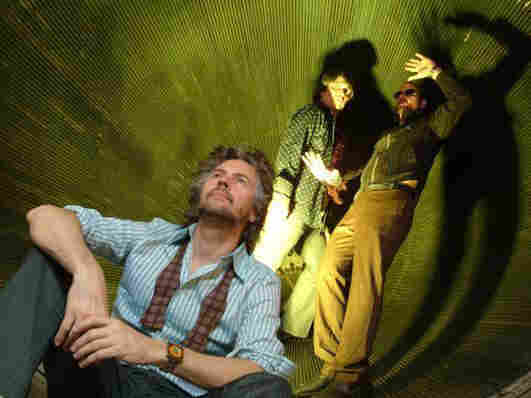 Do you really need to go to school to learn about rocking out? Many musicians might say no: Lock yourself in your room with a bunch of records and a guitar, put in your days on the road playing in scummy clubs, and you'll master the craft eventually. 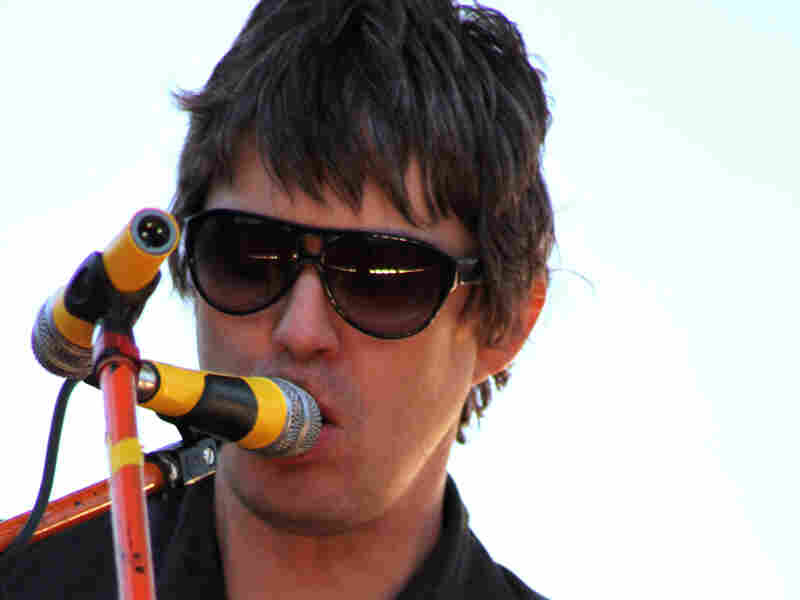 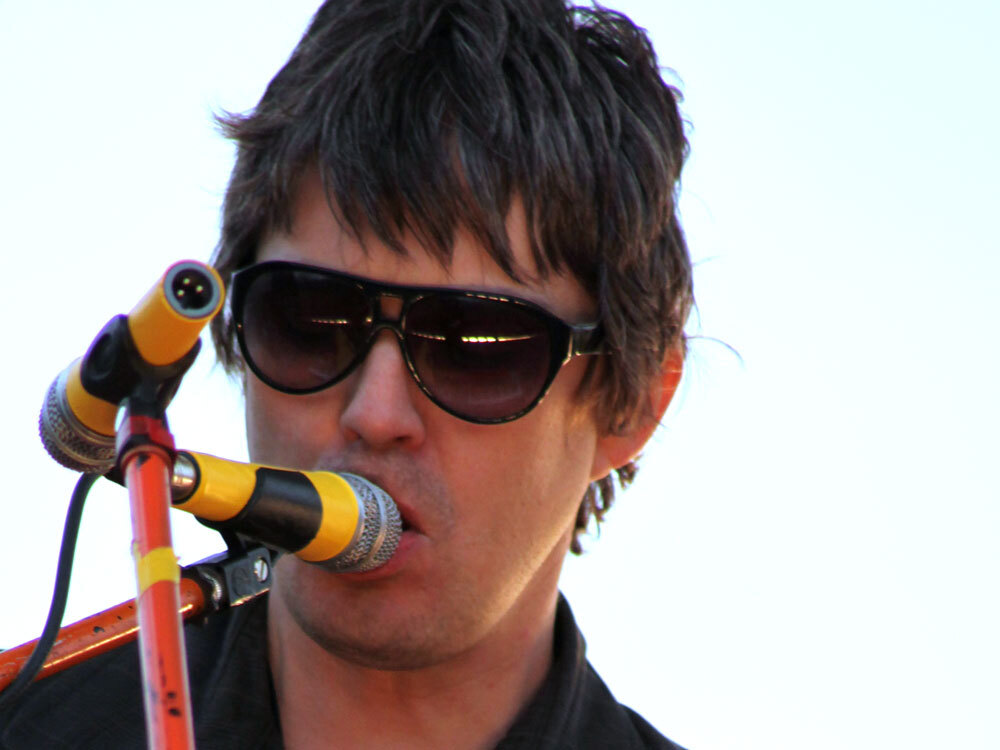 Or, starting this Monday, you could go to the real-life "school of rock" — the brand-new Academy of Contemporary Music at the University of Central Oklahoma. The program has true rock cred — it was started by Steven Drozd and Scott Booker, respectively the guitarist and manager of the Flaming Lips, a Grammy-winning rock band.

"The idea here is not that we're just a school of rock," Booker says. "The idea behind this program is really as much about business and learning how the industry works while you're learning to play better."

Unlike the original Academy of Contemporary Music in Guildford, England, the University of Central Oklahoma ACM offers an actual college degree. Booker adds, "not only are you taking general ed, but you're also taking aural skills and music theory and those things that anyone who's getting a music degree has to take."

Aspiring rockers can send in demo tapes of themselves playing and singing, or examples of music they've produced. "It could be on GarageBand or whatever," Booker says. "We just want to make sure you understand some fundamentals, so everyone's at a certain level right at the beginning."

"I wish this would have been around when I was a 17- or 18-year-old kid," says Drozd. "I'd been playing in bands for a long time already, and I thought about going to school, because I got a couple of scholarships, but then the idea of just straight college didn't appeal to me."

"I've had several kids get their GED so they could quit high school early and come here," Booker adds. "And their parents came to me and were like, 'I was afraid that maybe he would have just dropped out of school.'"

So what's on the curriculum at ACM? Booker says the school's semester will focus mostly on rock, because that's what the students are interested in.

"So this first semester they'll be learning songs by The Who and the Eagles and the Flaming Lips and The Strokes, and Spoon. We got the Eagles, so we got a bit of country rock in there."

Drozd also has ideas about what songs young musicians should study. "'Stairway to Heaven'," he says. "It's such an obvious choice, but that requires some actual real skill and it's got all kinds of styles in it. By the end, you're doing crazy riff rock and you've got that guitar solo, which I think is one of the best guitar solos of all time."

But don't come into ACM intending to walk out with a million-dollar record deal. They're not promising you'll become a rock star.

"Just like anything, there's a great deal of luck involved," Booker says.