Accessibility links
Was Jesse Owens' 1936 Long-Jump Story A Myth? The 1936 Berlin Olympics are best remembered for Jesse Owens, who triumphed in a dramatic duel in the Olympic long jump against Germany's Luz Long. Although the story of that competition and the men's friendship has been passed down over the years, it may be more myth than reality. 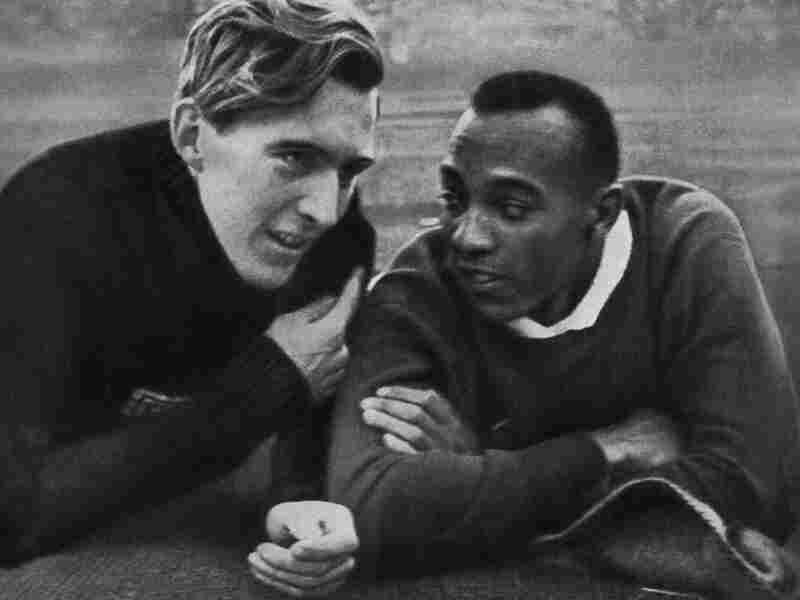 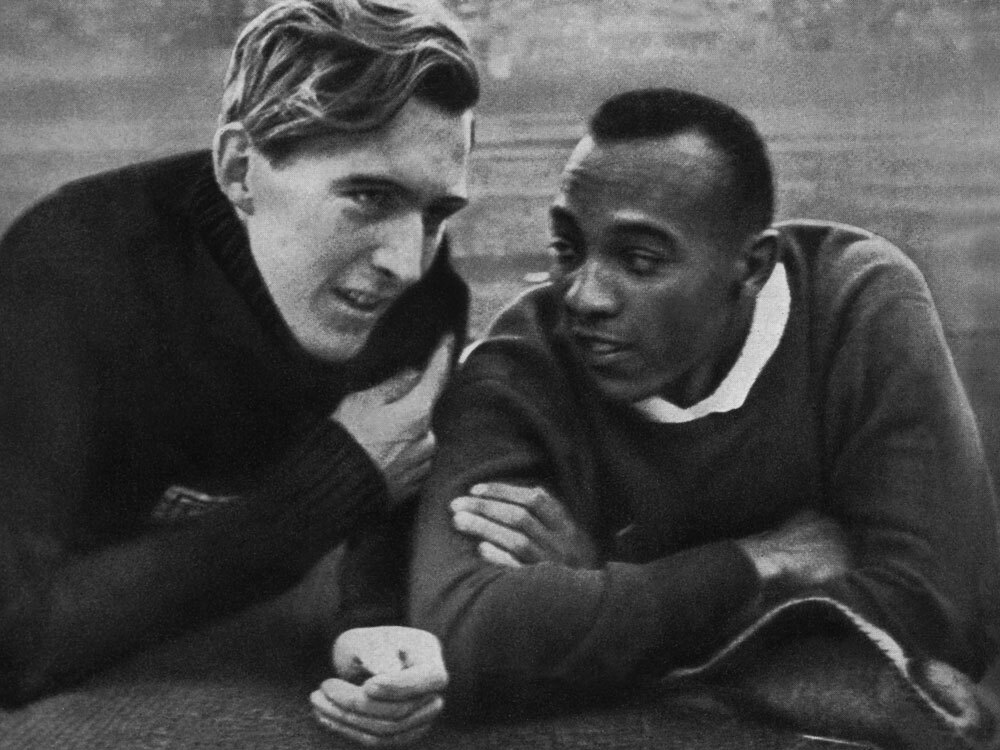 The Track and Field World Championships begin Saturday in Berlin — and they're surrounded by symbolism. It's the first time an American team has returned to the German city for a major international championship since the infamous 1936 Berlin Olympics. American team members will wear a patch honoring Jesse Owens, the star of the '36 games.

Owens is remembered for his dramatic duel in the Olympic long jump against Germany's Luz Long. The story of that competition and the men's friendship has been passed down over the years. But it may be more myth than reality.

The shorthand version of the story that generations of Americans have learned over the past 73 years is Jesse Owens was good, while Nazi Germany was evil. Owens, who was black, won four gold metals and made a mockery of the Nazis' theory of Aryan supremacy. And this is what made the story of Owens and Luz Long so captivating.

In 1964, Olympic filmmaker Bud Greenspan made the movie Jesse Owens Returns To Berlin. In the film, Owens explains to Luz Long's son, Kai, what happened during the long jump: In the qualifying round, Owens failed on his first two attempts. A third miss, Owens tells Kai, and he wouldn't make it to the final.

"And your father came to my assistance," Owens says in the film. "And he helped me measure a foot back of the takeoff board — and then I came down and I hit between these two marks. And therefore I qualified. And that led to the victory in the running broad jump."

It's a stereotype-busting story — the image of the blond, blue-eyed German supremacy helping his black competitor. It's a story that was included in recent press releases from track and field governing bodies to help promote the events in Berlin honoring Owens and Long. And it's a story, according to one Olympic historian, that never happened.

Tom Ecker, author of Olympic Facts and Fables, says he asked Owens in 1965 point-blank about the story. Ecker had noticed inconsistencies in how Owens told the tale. He had read Grantland Rice's account of the Olympic long jump. Rice, the pre-eminent sports journalist at the time, had binoculars trained on Owens during the qualifying round and never saw him talk to Long. And so it was that Ecker and a colleague asked Owens in 1965.

"Jesse Owens admitted to us that he had not met Luz Long until after the competition was over," Ecker says.

So why hadn't Owens told the real story in his many public speaking appearances?

"He once was quoted as saying, 'Those stories are what people like to hear, so you tell 'em,' " Ecker says.

"I know what my grandfather has shared throughout the years. So, to me, that's the truth of the story," she says.

Dortch plans to travel to Berlin to join Kai Long for the celebrations. Dortch notes one part of the story on which everyone agrees — including Ecker — is that after Owens beat Luz Long in the finals, the two men embraced in front of Adolf Hitler.

"The hug, the camaraderie, the friendship of those two men at that time in history, that's all the truth I need," Dortch says.

Luz Long died in 1943 while fighting for Germany in World War II. A final letter he wrote to Jesse Owens reads, in part, "Someday find my son ... tell him about how things can be between men on this Earth."