Accessibility links
Obama Pushes Back Against Overhaul Opponents The president headed to Montana and Colorado for town hall-style meetings this weekend to counter what the White House says are misconceptions about his health care initiatives.

Obama Pushes Back Against Overhaul Opponents

Obama Pushes Back Against Overhaul Opponents 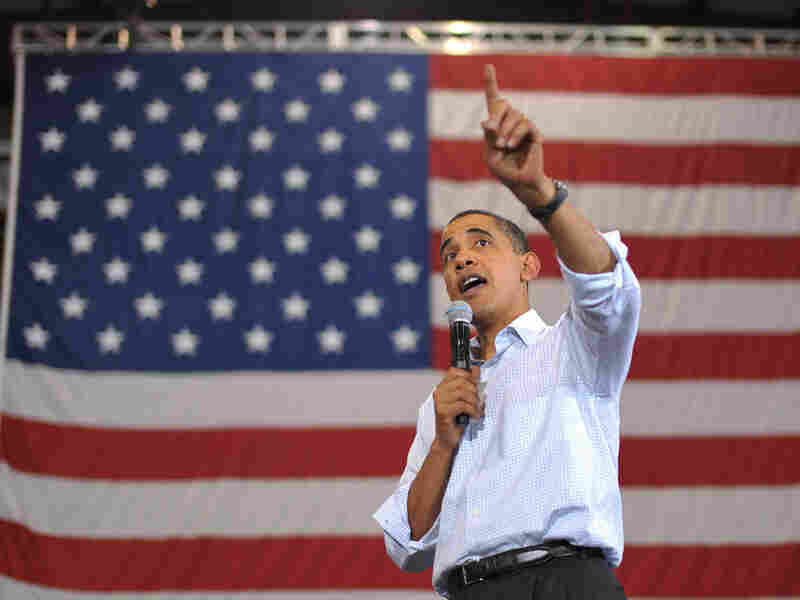 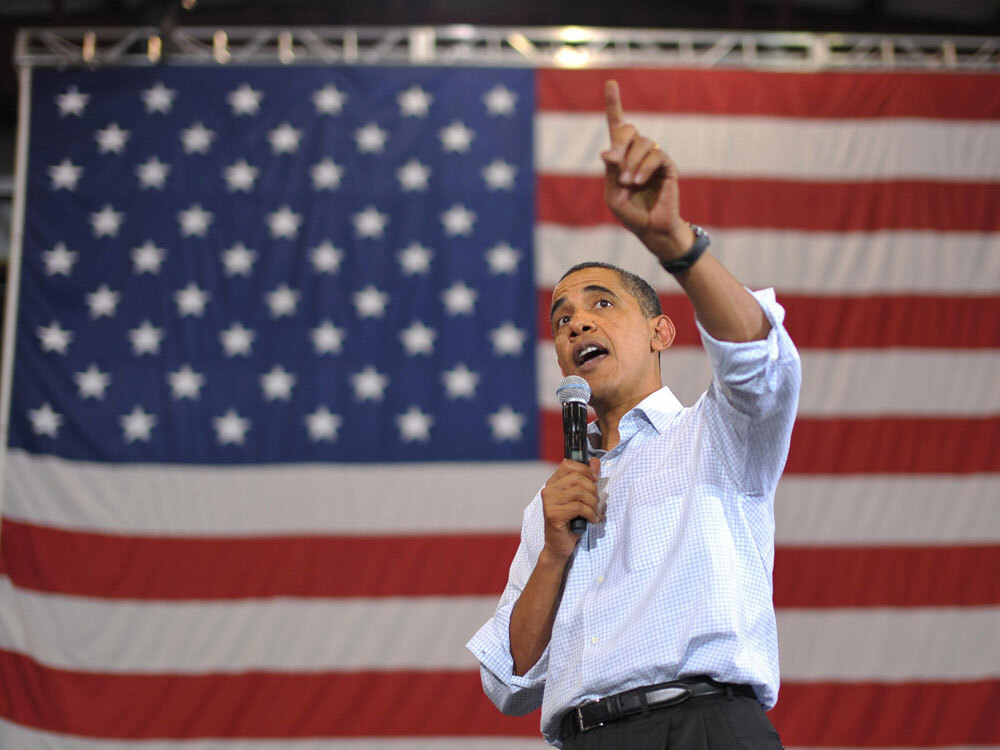 President Obama speaks during a town hall meeting on health insurance Friday in a hangar at Gallatin Field Airport in Belgrade, Mont.

President Obama on Friday focused his health care message on insured Americans, telling a crowd in Bozeman, Mont., that overhauling the system would prevent insurance companies from canceling the policies of those who become seriously ill.

Pushing back against opponents of his health care initiatives, Obama again targeted insurance companies in the second of three town hall meetings aimed at winning support for legislation.

Introduced by a Montana woman whose health insurance was dropped, Obama said the same thing happens to 14,000 Americans a day.

"When you think of the thousands who have their policies canceled, I want you to think, 'There but for the grace of God, goes I,' " Obama said to applause.

With public discourse on health care growing more negative and the recent spate of angry town halls with lawmakers, Democrats have stepped up efforts to explain issues some Americans find confusing and refute mischaracterizations by opponents.

Montana Sen. Max Baucus told the group he has been going around the state busting myths about health care. "They're just plain baloney," Baucus said.

Among the most inflammatory charges is that Obama's plan would create "death panels" that would decide whether the elderly or other seriously ill people may have access to life-extending care. The statement — made by former Alaska Gov. Sarah Palin — stems from a bill that would allow reimbursement for elderly patients who want end-of-life counseling.

Although Palin's statement has been debunked, it has created a frenzy among opponents of the overhaul and fueled angry confrontations during public meetings held by lawmakers, many of whom are in their home states during Congress' August recess.

Despite that, Obama said lawmakers have already agreed on about 80 percent of the plan. The backbone of the overhaul includes:

"We are closer to achieving health care reform than ever before in history. We have broad agreement from Congress on about 80 percent of what we are trying to achieve," Obama said.

The White House has urged supporters to forward e-mails with questionable allegations about the health care overhaul, so the president's staff can explain or refute them.

Meanwhile, the overhaul will also get a boost from a coalition of drugmakers, unions, hospitals and others, as they launch a $12 million advertising campaign supporting legislation.

"The president isn't out doing town hall meetings just for his health," said White House spokesman Robert Gibbs. "He believes very strongly that it is important to address misconceptions or misimpressions that have been left out there about the bills."