Accessibility links
First Family Fabrics: Batiks From Obama's Mother Ann Dunham was an avid collector of intricately patterned, hand-dyed textiles when she lived in Indonesia in the 1960s. Fabrics from her collection are currently on display at the Textile Museum in Washington, D.C. 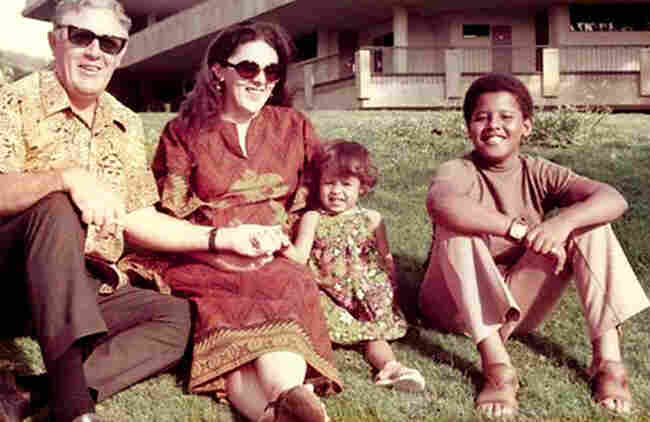 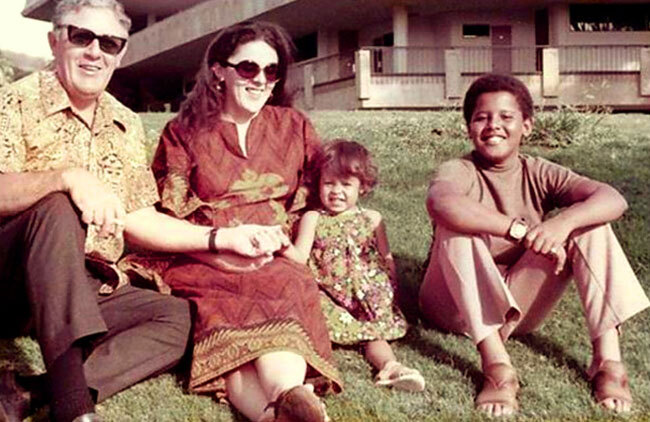 Ann Dunham with her father, Stanley, and her children, Maya and Barack.

Beautiful, handcrafted fabrics collected by President Obama's mother are on display at the Textile Museum in Washington, D.C.

The late Ann Dunham began purchasing the hand-dyed textiles when she lived in Indonesia in the 1960s.

The colorful fabrics — known as batiks — are created by covering portions of cloth with molten wax, dying the cloth, and then scraping and re-applying more wax in different patters. The cloth is then dipped into a different color dye. These processes are repeated to produce intricate patterns and colors.

Maya Soetoro-Ng, Obama's half-sister, remembers that back when she and big brother Barack lived in Jakarta, their mother wore batik almost every day.

"These batiks were seen on the street in the '60s; everybody wore batik" explains Mattiebelle Gittinger, a research associate at the Textile Museum. She says the fabrics probably cost $6 or $7 at the time. 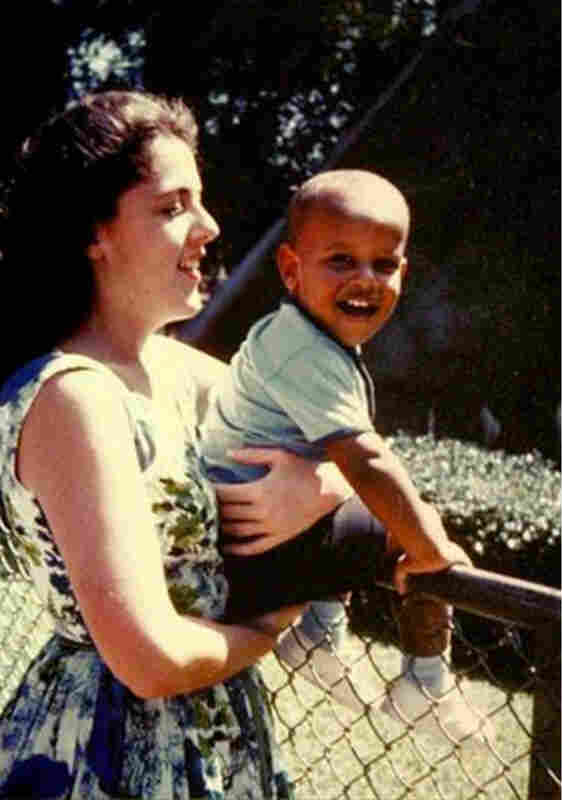 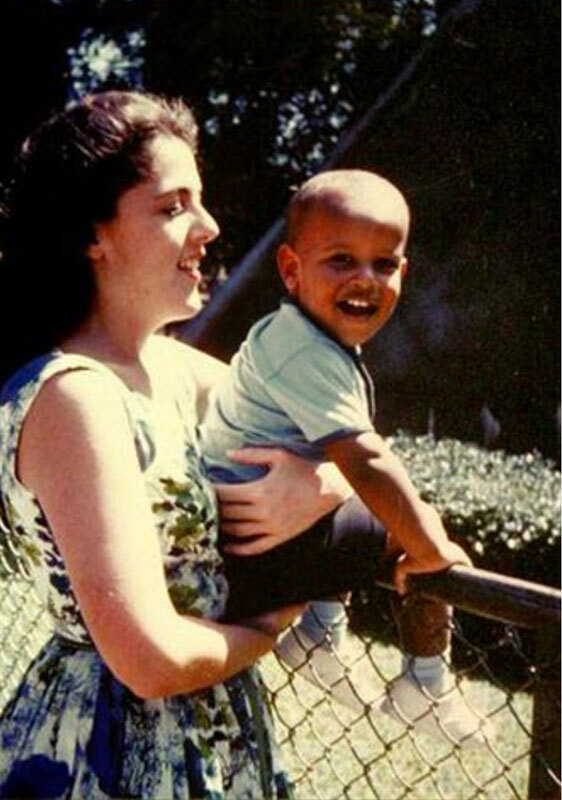 Obama with his mother.

Dunham didn't buy fancy batiks — nothing antique, or party-ready. But Gittinger says Dunham had an educated eye, and her unusual beige, cocoa and coffee-colored batiks, with their elaborate white, black and dark blue patterns, were carefully chosen — not to mention frequently worn.

"She had clothing made of batiks to fit her dimensions — which were robust," Soetoro-Ng says delicately. "And she would go and speak to the batik sellers and batik makers and she became very much a part of their lives and incorporated their stories into her love for the crafts."

Gittinger adds that as a one-time weaver, Dunham came to understand Indonesian culture through its fabrics.

"Cloth is the marker of society, and she was naturally drawn to cloth, and to cloth that was made locally," Gittinger says. "All cloth reflects some element of a society. [Particularly with] batik: what you wear, the motif, the size of the motif, the motif itself, and how you wear it all reflects some aspect of where you fit in society."

Soetoro-Ng says her mother studied traditional cloth the way she studied Indonesia. Dunham was an anthropologist, as well as an enthusiastic collector. 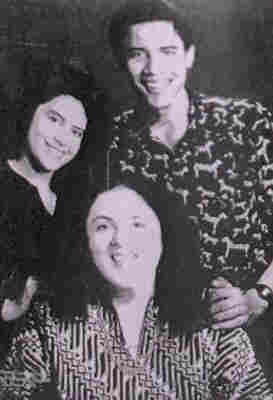 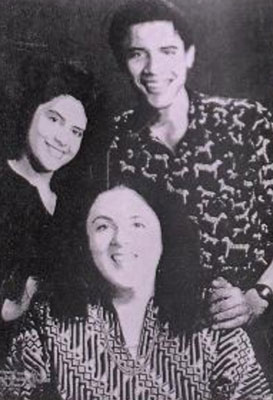 Dunham with her children, Obama and Soetoro-Ng.

"She would purchase the batiks and then she would bring them home, and she'd say 'I have to go fondle my purchases,'" Soetoro-Ng remembers. "And so she'd take them all out and lay them everywhere and really sort of appreciate and enjoy them as cloth, as testament to the stories of the people who made them as ornament. She genuinely loved them."

Dunham went on to work with micro-credit programs that helped batik artists, and other village artisans in Indonesia. She was 52 when she died of ovarian cancer in 1995. Her high-school-teacher daughter Maya, and her president-son Barack, became the keepers of her beloved collection of intricately patterned batiks.

A Lady Found a Culture in its Cloth: Barack Obama's Mother and Indonesian Batiks