Accessibility links
Don't Pack Your Suitcase, We're On Staycation With the economy pressing on everyone's budget, people are still vacationing, but with a hometown tweaking. It's the staycation, a break from work that allows the whole family to explore their local surroundings like never before.

With today's economy, lots of people are finding they just can't afford to travel for a vacation. So when they get time off work, they stay home. Now there's even a word for it: a staycation.

Many people report feeling just as rejuvenated and relaxed after a staycation, though to do it right, it takes some effort to plan and prepare. 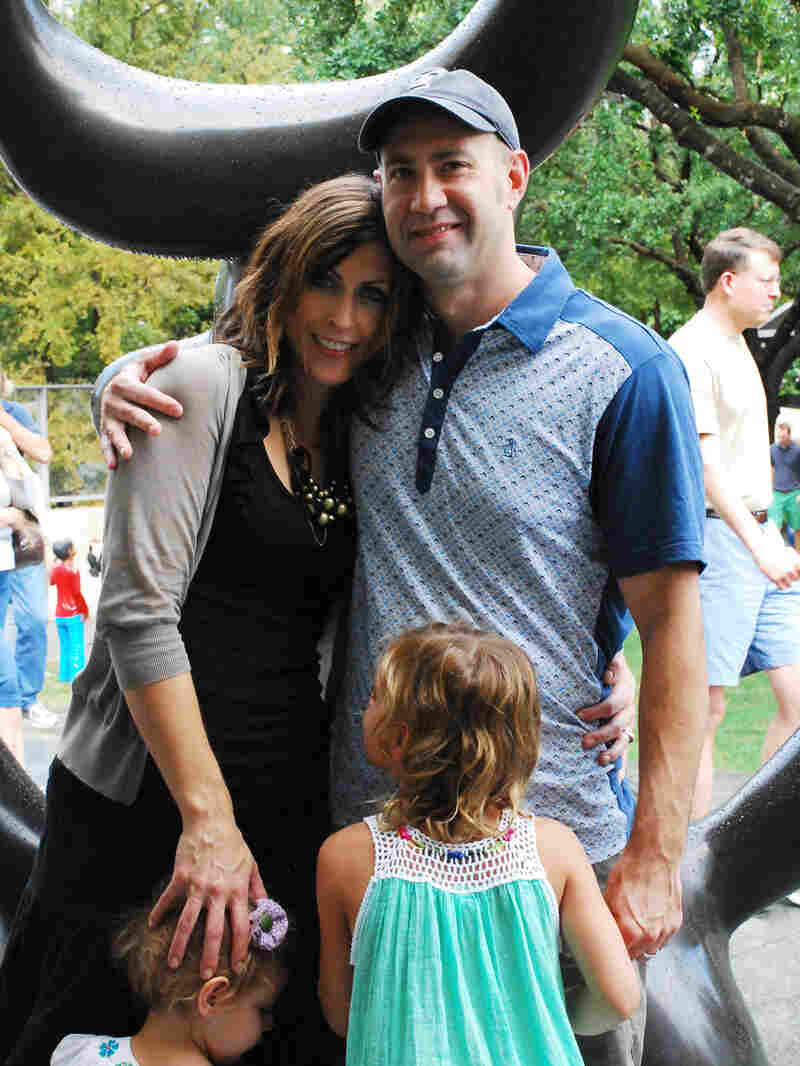 It's usually not as much work and potential stress as a traditional traveling vacation, says Dr. Sudeepta Varma, a psychiatrist in New York City. A lot of research, planning, and money goes into traveling vacations, she says, to say nothing of the potential for flights to be late, or even canceled.

With a staycation, Varma says it's not really about where you go, but about what you do with your time. She says people need to answer the question: "What am I hoping to get out of a vacation? What do I want to get 'away' from?"

Varma says it's important to understand whether you want to get away from the stress of a busy urban life, the pressures of a job, of care-taking for a sick family member or just simply the routine of everyday life. In any case, for most people, Varma says even a staycation should include some newness or novelty.

Take Joslyn Taylor and her family. Taylor and her husband have two little girls, ages 2 and 5. With young children, traveling is just too complicated and potentially difficult for them. So, for the past few years, Taylor has opted for mini-staycations, which she takes quite seriously.

"I turn off the blackberry, turn off computers," she says.

"Put 'out of office' on your e-mail' and make sure all co-workers know you are on vacation, even if you are at home. The bottom line: you are unreachable," says Taylor. Varma agrees, in order for a staycation to be successful, people must absolutely disconnect.

Varma says it's critical for employers, colleagues and even certain friends to know you're "off the clock." Lots of co-workers view staying at home to mean you'll be available for calls and e-mails. People have to set up very clear boundaries, she says, making sure all relevant individuals know you are simply not available.

Then, plan what you hope to accomplish. For the Taylors, it's fun.

"We set sort of a goal ratio," says Taylor. "We're going to have 90 percent fun." Taylor says she and her husband approach the staycation as if they were having out-of-town guests visit who are coming from a "much cooler city than ours." What would we want to do with them over three days? she asks. That list shapes the staycation.

Dallas may not be your typical travel destination, says Taylor. But searching for fun has turned out to be easier than expected. Newly discovered parks, museums, farmers markets, community theaters, even nearby quaint little towns have all figured into the Taylors' staycations.

Fellow Dallas resident Matt Wixon applauds the staycation for similar reasons. He, too, has toddlers. A sports reporter for The Dallas Morning News, Wixon has also written about staycations in his humor column, and he recently authored a book, The Great American Staycation. 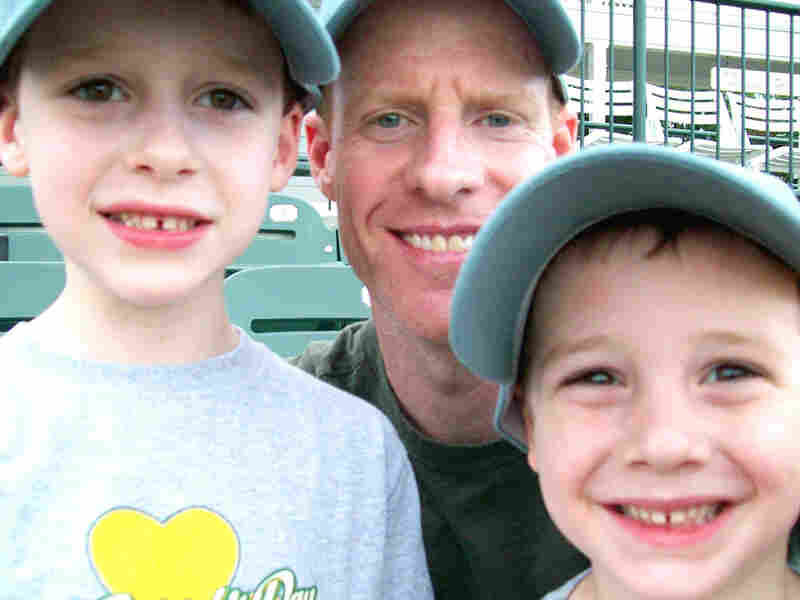 Sports reporter Matt Wixon (center), who recently wrote a book on staycations, includes his kids in both his specialties, like this minor league baseball game. Courtesy Matt Wixon hide caption 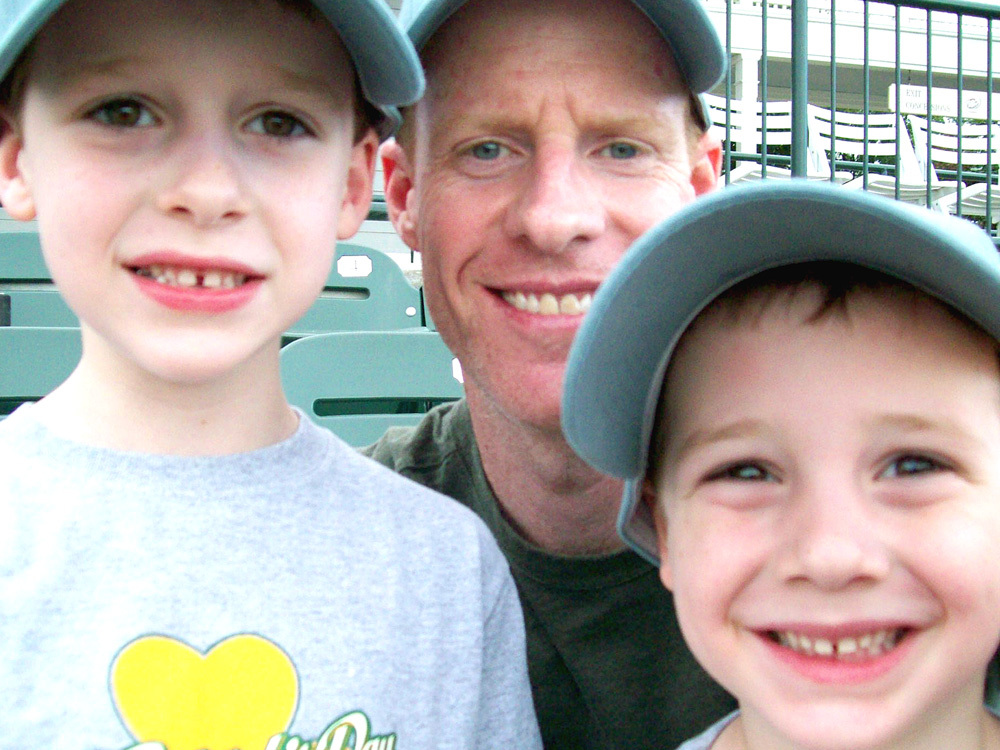 Sports reporter Matt Wixon (center), who recently wrote a book on staycations, includes his kids in both his specialties, like this minor league baseball game.

Wixon says looking "behind the scenes" can offer a new thrill. For example, the Wixon boys were interested in bowling. Specificially, where the balls went after they rolled down the gutter and how the pins got picked up and put back down. So Wixon was thrilled when a local bowling alley manager agreed to give the boys a "behind the scenes" tour.

You can do that with lots of places, he says. Try police or fire departments, television stations, and newspapers. With small children, even the seemingly mundane can be transformed. Wixon says his kids love a train ride so much that even the Dallas commuter train is a treat. Wixon enjoys taking the boys on the train down to the city's world-class aquarium, and back. The boys are thrilled, he says. 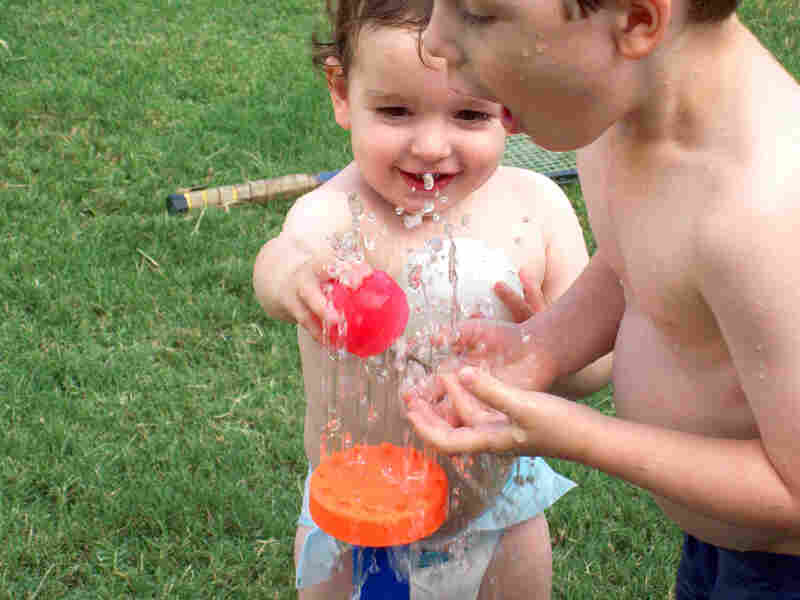 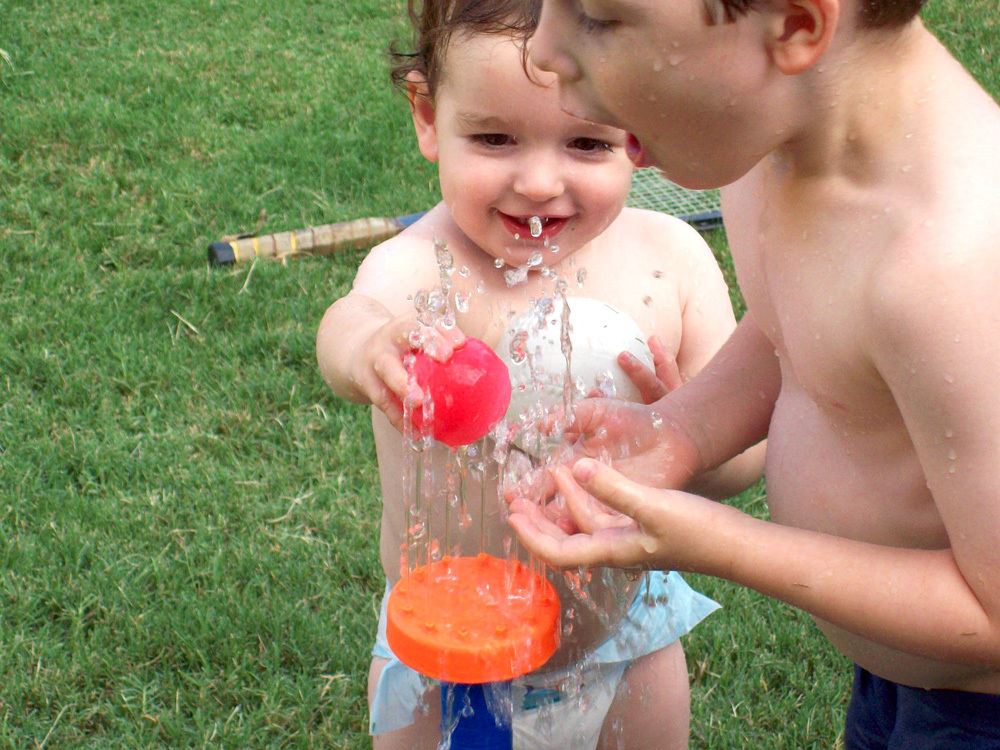 The Wixon kids, Nathan (left) and Ryan, are giving the sprinkler a lot more attention this summer.

And if you don't have kids, it's even easier to get away. There are spas that offer massage, yoga and meditation. You can eat at restaurants you've been wanting to try but just haven't had the time. And often, a lazy day at home or even at a nearby hotel can be exactly what's needed.

Varma says many of the couples she counsels report greater intimacy as a result of spending quality time together. "So, if for no other reason than you want to reconnect and rekindle romance in your life, the staycation may be a great opportunity," she says.

Just make sure that whatever you do, you're breaking routine. And if you're successful at that, Varma says, you've just upped your chances that a staycation will feel just as much like a getaway as a traditional vacation.