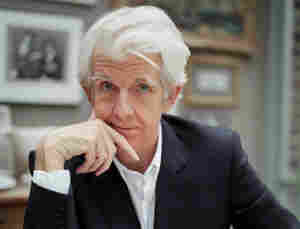 In a music career spanning more than 40 years, Nick Lowe has profoundly affected the music industry as a singer, songwriter and producer. He began recording in 1966 as a member of the rock band Kippington Lodge, which was later renamed Brinsley Schwarz, notable for its influence on '70s punk. When the group split in 1975, Lowe turned his attention to production for artists such as Elvis Costello, The Fabulous Thunderbirds and John Hiatt. His song "(What's So Funny 'Bout) Peace, Love and Understanding" became a major hit for Costello, but he's also recorded steadily as a solo artist since the late '70s.

Lowe's 1994 album The Impossible Bird helped launch a comeback of sorts, finding sleeper success and re-establishing him as a lovably misanthropic pop elder statesman. It also laid the groundwork for the cult-hit follow-ups Dig My Mood (1998) and The Convincer (2001). Another, titled At My Age, arrives next week.