Accessibility links
Thirty Years Of Love And Loss In 'A Happy Marriage' Rafael Yglesias' novel is inspired by his wife, Margaret, who died in 2004. A Happy Marriage spans their three-decade relationship, from their courtship to her battle with cancer. 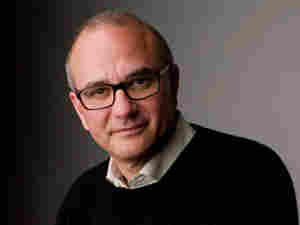 Raphael Yglesias dropped out of high school to complete his first novel at the age of 17. His latest book is A Happy Marriage. James Salzano hide caption

Rafael Yglesias' novel is inspired by his wife, Margaret, who died in 2004. A Happy Marriage spans their 30-year relationship, from their courtship to her battle with cancer. Despite the title, Yglesias' largely autobiographical novel offers a candid portrayal of the challenges of life lived together.

Yglesias is author of nine novels and several screenplays, including the screenplays for Death and the Maiden and Les Miserables. A Happy Marriage is his first novel in 13 years. 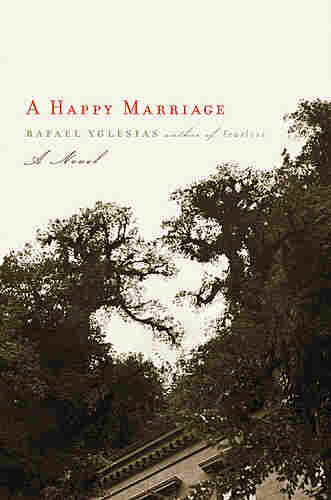 He had ordered her in. While he waited for the start of Saturday Night Live on his new Trinitron (what vivid colors and definition, what bliss of technology!), he had ordered in the Dream Girl he didn't know he had dreamed until her great blue eyes, streaming tears from December's cold, examined him with a startled and amused stare.

The deliveryman was a close friend, the half-hated Bernard Weinstein who, with typical gracelessness, mumbled their names at the floor, "EnriqueMargaret. MargaretEnrique," and rudely preceded her into the new studio apartment. New, that is, both to Enrique Sabas and to the world. The fifth-floor walk-up on Eighth Street in Greenwich Village had been gutted, and the renovations were completed two months ago to justify rebooting rent-controlled numbers to market level. Enrique had moved in a week after the last bathroom tile was caulked. So all was new in Enrique's life, from plumbing to TV, when this new girl entered, walked to the apartment's single luxury asset, a working fireplace, and released a burst of jet-black hair from the suppression of a red beret. She then turned her back on faded brick and pale marble mantel, kept her tearing searchlights on Enrique while she unzipped a black bubble down jacket, and revealed a fire engine red wool sweater tight to her trim, small-breasted figure. This bourgeois striptease shot a current through Enrique which felt as palpable as if he had ignored the posted warning, opened up the back of his new Trinitron, and stuck a finger where it shouldn't go.

Her wet blue eyes remained fixed on him while she dropped into a director's chair beside the fireplace, wriggled her skinny arms out of their down cases, and shrugged off the bubble's torso with a dainty lift and twist of her slim shoulders. She proceeded with a tomboy's physical confidence to sling a taut thigh over the chair's arm as if preparing to mount it; instead, she remained thus perched, her legs wide open, exposing the faded denim of her smooth pelvis. Enrique couldn't sustain a long investigation of that region. His eyes dropped involuntarily to what he would one day learn was a triple-A foot dangling in the space between them. He didn't know that her narrow size was very troublesome to a woman who loved shoes, or that the black suede boot swinging toward and away from him had been anguished over because of its high cost. To his male and ignorant twenty-one-year-old eyes, the delicate foot, thus encased, was merely provocative; not for its dainty dimension but for its restless kicks at him, as if they were intended to rouse him to do something to impress her: Perform! Perform! Perform!

He couldn't complain about this demanding presence because he had ordered her in, just like the take-out Chinese from Charlie Mom's whose remains were now stuffed into his red garbage pail under the stainless-steel sink. It would have remained stainless anyway because he had hardly cooked in the new kitchen that was one step up from but open to the narrow bedroom-living-working area of this apartment that he couldn't afford and that represented, although his third residence since leaving his parents' domain, his first true place all to himself, the previous two having had roommates the first someone with whom he slept, the second not. He looked away to glum Bernard to obtain some sort of clarification because, yes, he had selected her from his friend's menu, but he hadn't expected noodles this spicy.

Although Bernard had proclaimed Margaret's extraordinary qualities, he had done so with characteristic and maddening vagueness. In his elaborate descriptions of Margaret, Bernard had failed to mention the extraordinary big and vivid blue eyes that rivaled the impact of Elizabeth Taylor's, or the ice cream smooth whiteness of her freckled skin. Nevertheless Bernard was a heterosexual male, and he might have mentioned that she had perfectly proportioned legs, that she was skinny without being flat-assed or flat-chested, and that for the brief moment Enrique allowed himself to look, the spread of those trim and yet rounded thighs was an invitation too overwhelming to contemplate without losing track of everything else and so merited, for God's sakes, some warning.

Enrique had dared Bernard to produce Margaret during one of their afternoon breakfasts at the Homer Coffee Shop when, once again, Bernard couldn't shut up about his remarkable female friend from Cornell, the amazing Margaret Cohen, but wouldn't agree to introduce her. (Margaret Cohen, Enrique complained, what kind of Jewish family names their daughter Margaret? A complaint which might have seemed more reasonable coming from someone other than a person named Enrique Sabas, who was himself Jewish, thanks to his Ashkenazi mother.) Bernard explained that he had a dread of intermingling friends from different ghettos of his life.

Bernard stonewalled him with a laconic shrug. "I'm neurotic."

"Bull----," Enrique said. "You just don't want to blow all your carefully wrought observations at one dinner party."

"Okay, bowl of chili. Anyway, by seeing all your friends separately you get to repeat one of your ideas seven times."

Bernard reacted with a wan smile. "No, I'm afraid if my friends meet they'll prefer each other to me."

"You're afraid you'll be a third wheel?"

Enrique could well believe Bernard's explanation, but thanks to his own feelings of tortured self-love, he thought Bernard's paranoia applied solely to him because he was the novelist Bernard could only claim to be. By the unusually early age of twenty-one, Enrique had had two novels published, with a third soon to come, while Bernard at twenty-five possessed merely one endlessly rewritten manuscript to justify his also wearing Enrique's artistic uniform of black jeans and wrinkled work shirts. Proud Enrique believed that Bernard had kept him from meeting his other friends, particularly the women, because if the world were to see the two young novelists side by side, the pretender would be unmasked by the true crown prince of literature.

Still refusing to arrange an introduction, Bernard continued to extol unspecific glories of Margaret. "She's really, really extraordinary. I can't express it in mundane terms, but she's strong while being feminine, smart without being pretentious. In many ways she's like the heroines of 1930s American movies, particularly the noir films, but also the Sturges comedies," and so on, in a maddening drift of praise that surveyed every possible quality without settling on a particular trait. The messy description seemed to Enrique evidence of why Bernard was a bad novelist. Not one of his stories about Margaret came to a climax (sexual or other) or revealed her allegedly extraordinary character. After downing five cups of Homer's coffee on Monday of Thanksgiving week 1975, having endured nearly a year of dismal celibacy, Enrique hit on the strategy of insisting that she didn't exist. He declared her a construct, a punitive fantasy that Bernard had created to torment the lonely and horny Enrique.

Bernard blanchedsomething of a feat given his immobile and bloodless face. Bernard was five feet, eight inches tall and his frame slight, but his big head and halo of kinky black hair enlarged his presence, especially in a coffee shop booth. It bobbed for a moment before he protested that he wouldn't torture a comrade (meaning a fellow single male). "I'm sparing you."

"She'll never go out with you."

Judging this the Perry Mason confession he had been seeking, Enrique turned up a palm and gestured to an invisible jury, inadvertently summoning the attention of the Homer Coffee Shop waiter, who raised his rambling Greek eyebrows and asked, "Check?" Enrique shook his head and returned his attention to his infuriating friend. "You tell me about this beautiful"

"I didn't say she was beautiful," Bernard was quick to object.

"It's not possible to describe her with cliches."

"But Bernard, I've got a cliched mind, so use cliches with me. Is she tall? How are her tits? Is she fat? If she exists, you could tell me these things."

Bernard regarded Enrique with disdain. "That's silly. If she were a product of my imagination, I could easily make up those details."

"Could you?" Enrique shot back with unpleasant sarcasm. "I doubt it. I think imagining breast size may well be beyond your creative powers."

"F--- you," Bernard said and meant it, too. In Bernard's rule book of their friendship, his potshots at Enrique's talent were amiable pokes, since Enrique had been published, while return fire was cruel and deadly.

"Well, f--- you for saying she would never go out with me," Enrique answered and meant it, because in his heart he feared no desirable girl would ever go out with him. This dread was exacerbated by his unusual combination of sexual experience and inexperience. He had already lived with a woman for three and a half years, having obtained a book contract and a live-in girlfriend at the same early age, sixteen. Before the start of his relationship with Sylvie, he had had intercourse once (the classic quick release of virginity, as brief and solemn as a late-night public service announcement on television), and since their breakup eighteen months ago, Enrique had found himself naked with only one other womanwith whom he had failed to consummate. Although he had made love many times, he had had only two sexual partners, tied with the number of books he had published.

What made him feel sexually doomed was that Sylvie had ended their relationship by having an affair. She told him that she was moving out for a few weeks so they could "take a break from living together." Enrique reacted by wildly accusing her of "f---ing someone else." To his horror, she admitted that his guess was correct, but insisted that she still loved him as much as his rival; she claimed she needed time to figure out whom she loved more. Enrique was too half-Latin to agree to a competition and too half-Jewish to believe in Sylvie's assertion of ambivalence. He thought that she was unwilling to be their relationship's executioner, that she wanted him to do the dirty deed, which he promptly did, walking out of the apartment after shouting ultimatums ("It's me or him!") to sob alone on the streets of Little Italy. 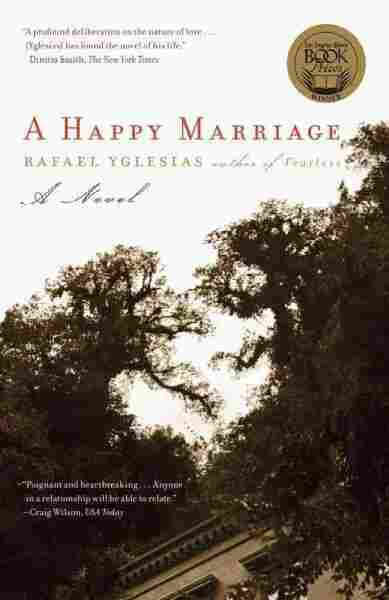