Accessibility links
The Nation: An Election, But Not A Lot Of Hope, On The Horizon In Afghanistan The Taliban are threatening to disrupt the vote in Afghanistan on Thursday. "Afghans must boycott the deceitful American project and head for the trenches of holy war," said a communique from the Taliban. The Taliban, which is overwhelmingly Pashtun, is apparently counting on its ability to persuade or intimidate Pashtuns to stay away from the polls, which could doom or weaken Karzai.

The Nation: An Election, But Not A Lot Of Hope, On The Horizon In Afghanistan

The Nation: An Election, But Not A Lot Of Hope, On The Horizon In Afghanistan 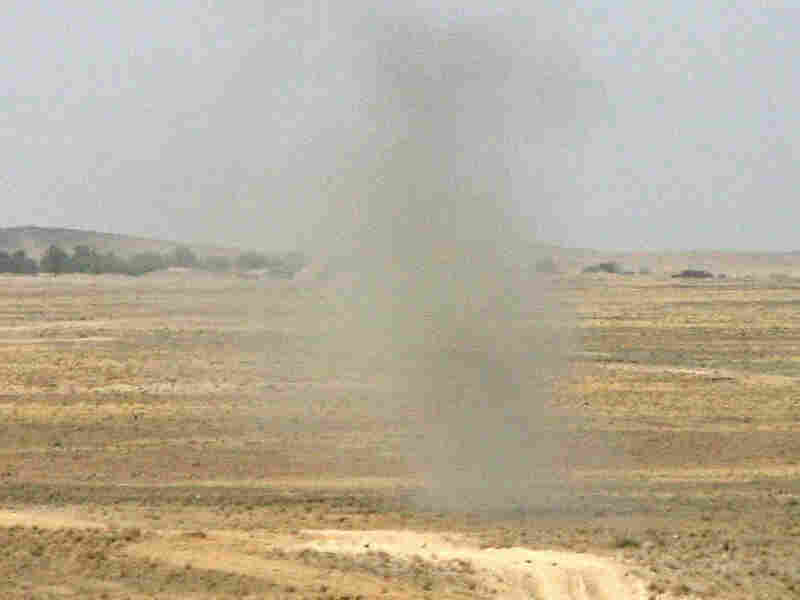 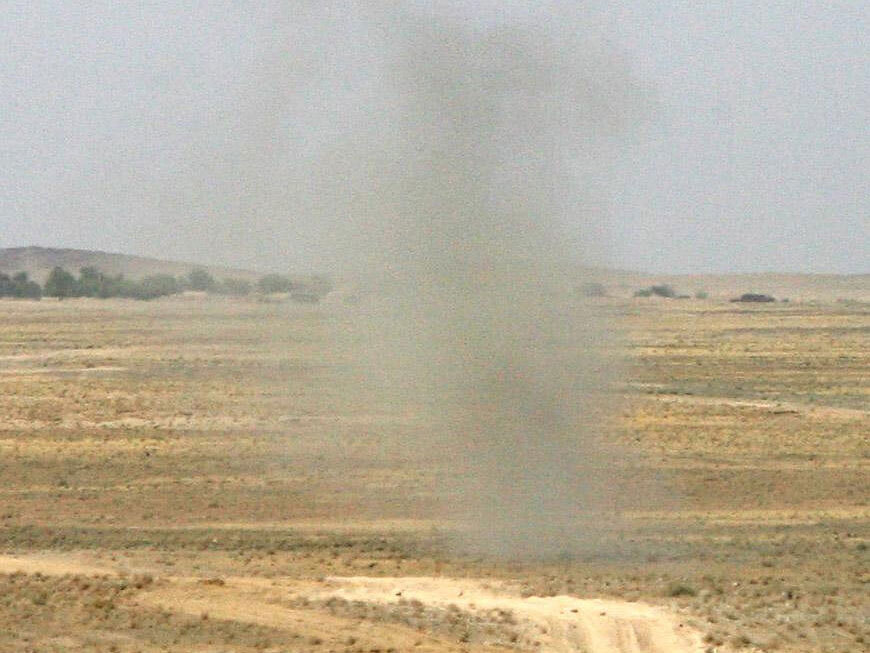 A Taliban mortar explodes as a helicopter landing area is fired on in Helmand Province, Afghanistan, Sunday August 16, 2009.

The prospects for Afghanistan's election on Thursday are murky, at best.

The Taliban are threatening to disrupt the vote in areas south and east of Kabul, where they are strong, and say that they will take reprisals against anyone who votes. "Afghans must boycott the deceitful American project and head for the trenches of holy war," said a communique from the Taliban. The Taliban, which is overwhelmingly Pashtun, is apparently counting on its ability to persuade or intimidate Pashtuns to stay away from the polls, which could doom or weaken Karzai. An excellent analysis in the New York Times by Dexter Filkins notes that the Pashtun vote is critical to Karzai's chances on Thursday:

"Five years ago, Mr. Karzai rode to an election victory on a wave of support from his fellow Pashtuns, who make up about 40 percent of Afghanistan's population."

Karzai, who is himself a Pashtun from Kandahar, the Taliban's stronghold, is working hard to get Pashtuns to the polls. Ahmad Wali Karzai, the president's brother and the wily head of the Kandahar provincial council, told Al Jazeera in an interview: "Pashtun votes are extremely important, because Pashtuns are the majority in Afghanistan. I don't think, without the Pashtun votes, no one can win."

But are the Taliban truly opposed to the election? It isn't clear. According to Amrullah Saleh, Afghanistan's intelligence chief, deals have been made with Taliban commanders in "lots of provinces," the Times says, to allow the vote to proceed — and, presumably, with Taliban-leaning and Taliban-influenced Pashtuns voting for Karzai. Saleh says that this "diplomatic effort" and "softer approach" allows the Karzai regime to appeal to the Taliban's low-level commanders and sympathizers without using violence, and he said that the accords that have been struck "show that cohesion in the command of the Taliban is broken."

Hard to tell if that's true or, on the contrary, if the Taliban can muster the cohesion to oppose the elections in the 45 percent of the country they're said to control. Personally, I have no idea. In a brilliant op-ed today, "Afghanistan's Tyranny of the Minority," Selig Harrison points out that Afghanistan's Pashtun majority is extremely unhappy with the Karzai administration because — despite the fact that Karzai is a Pashtun — it is dominated by non-Pashtun ethnic minorities, especially Tajiks, who control the armed forces, the intelligence service, counter-narcotics forces, and more. It's the remnants of the old Northern Alliance that control Afghanistan, Harrison reminds us, including Tajiks, Uzbeks, Hazaras, and other minorities who hated the Taliban's rule during the 1990s through 2001. (The NA, you'll recall, was supported by Russia, India, and Iran, while Pakistan's ISI supported the Taliban.)

Karzai may be trying to appeal to the Pashtuns, but he's not helping his case by showering favor on thuggish, anti-Taliban warlords. His Tajik running mate, a former defense minister named Mohammad Fahim, is intensely disliked by Pashtuns. And yesterday he allowed the violence-prone Abdul Rashid Dostum, an Uzbek warlord, to return from exile in Turkey; in 2001, Dostum was responsible for the murders of hundreds of Taliban prisoners in northern Afghanistan. By positioning himself so closely to Fahim and Dostum, Karzai is blatantly appealing for the non-Pashtun minority votes from Kabul and the northern half of the country. It's ugly ethnic politics at its worst.

Yesterday, in the only campaign debate in which Karzai took part, he took the occasion to reiterate his calls for negotiation with the Taliban, a position that seems to reflect Amrullah Saleh's comments. And Karzai, despite his Tajik and Uzbek allies, has consistently called for talks with the top Taliban leadership, not just its mid-ranking commanders and tribal leaders. Despite such calls, however, it's hard to pull off while Karzai (a) remains in thrall to the Northern Alliance and (b) seems prisoner of the US counterinsurgency effort. In the debate, Karzai said: "Afghanistan ... was totally lost. I saved it."

That, at least, is an exaggeration.