Accessibility links
Lawmakers Strive To Avoid Heated Town Halls Lawmakers this summer are discussing the move to overhaul the nation's health care system. But as criticism of the plan, and of them, becomes heated, many members of Congress are working hard to avoid getting caught in front of an angry town hall meeting. 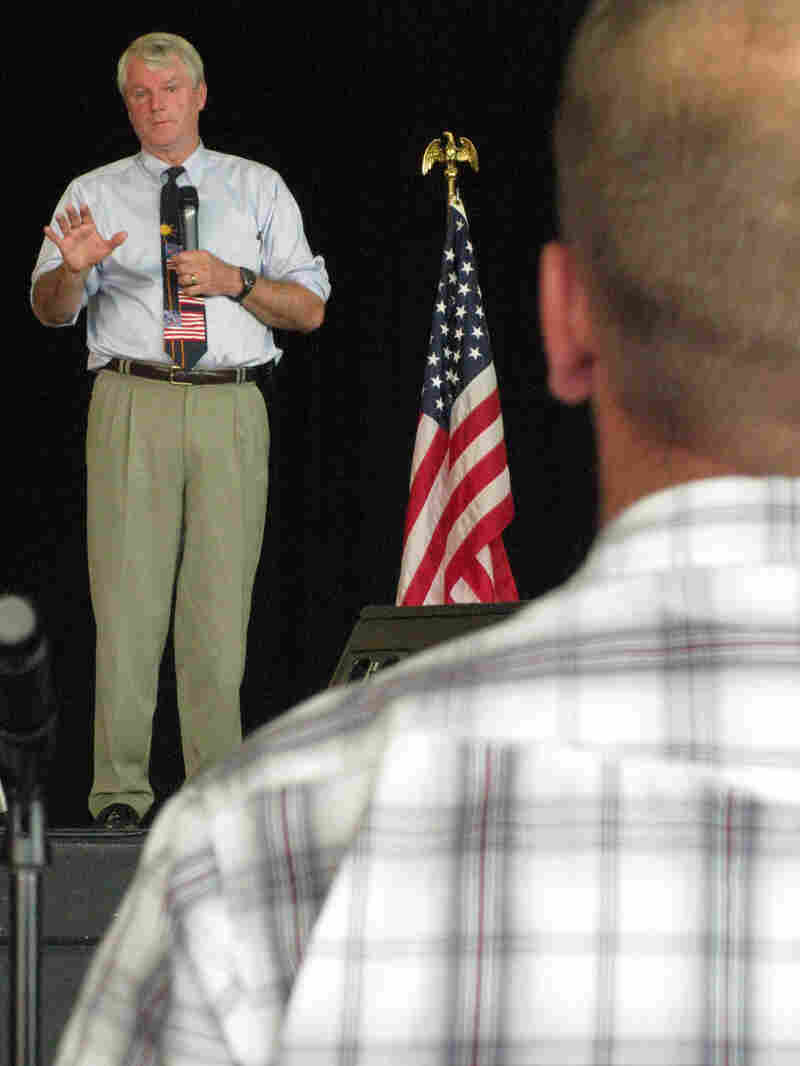 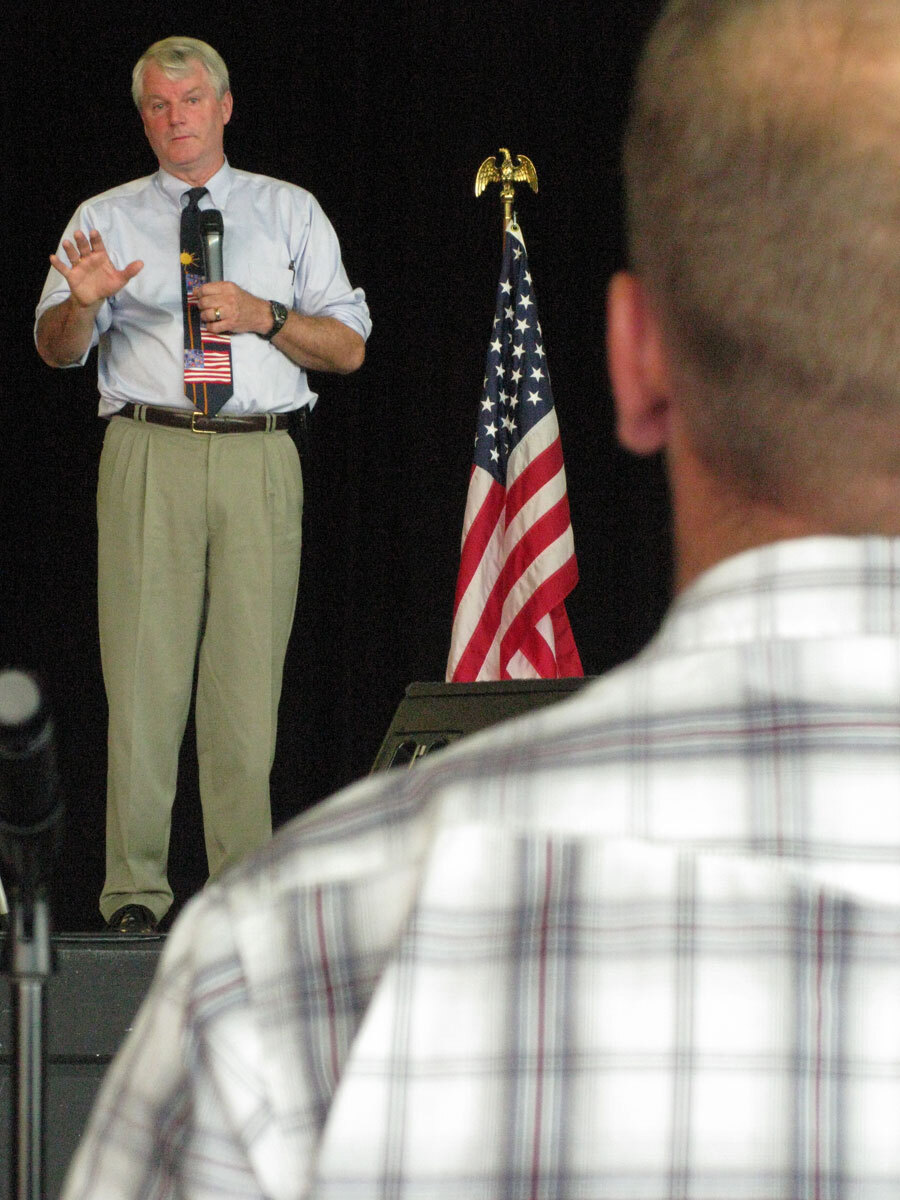 Lawmakers this summer are discussing the move to overhaul the nation's health care system. But as criticism of the plan, and of them, becomes heated, many members of Congress are working hard to avoid getting caught in front of an angry town hall meeting.

You know the town halls have become toxic when Rep. Brian Baird (D-WA) avoids them. The congressman usually loves the format: He has held more than 300 in 10 years. But last week, he told a local paper he was worried about what he called a "lynch mob" atmosphere, and he opted for a more remote method of reaching out to voters: teleconferencing.

Zain Khan, who runs iConstituent, the biggest provider of teleconferencing services on Capitol Hill, says his business has more than doubled this summer.

"A, it's economical; B, it's extremely convenient; and, C, given today's climate, it's probably safer," Khan says.

The technology is also easy to manipulate. The system calls you. It can call tens of thousands of people at once, usually at dinnertime, and it can target certain parts of the district, or even certain demographics. A call-in number is also provided for constituents who don't want to miss it, but they often end up frustrated.

"Busy, busy, busy — it has happened to me twice," says Lance Miller, a resident of suburban Seattle, who has spent much of the August recess trying to get some face time with his congressman, Republican Dave Reichert. "These telephone town hall meetings, I can't get through."

Miller supports the Democrats' health care plans, and he is upset that Reichert does not. The congressman hasn't held any in-person town halls during the recess. In fact, he has had precious few appearances open to the general public.

One of those appearances was last week, when Reichert hosted a workshop for small-business owners. Many in the audience, such as Miller, had come expressly to ask the congressman about health care.

But when Reichert abruptly excused himself, his departure was met with stunned silence. Outside the auditorium, Reichert paused to chat with a local TV news cameraman. Asked why he couldn't stay to talk health care, he said he has had plenty of private meetings on the subject.

Reichert said he had to hurry off to a meeting in Seattle, but his staff wouldn't say who the meeting was with. In fact, during this recess, it has been hard for reporters or constituents to get the schedules of members of Congress. "We'll let you know when it's public" is the usual answer.

But in southwestern Washington state, it has now become much easier to find Democrat Baird.

Baird's effort to avoid noisy scenes fell apart last week when he told a local newspaper that he thought some of the tactics at other town halls were "close to Brownshirt tactics." Whenever an elected official lets loose with a Nazi analogy, an apology is never far behind.

"I made some statements that I regret," he said at the town hall Tuesday.

Baird delivered his apology at exactly the kind of town hall he had tried to avoid. To accommodate the pent-up demand, he held it in a county fair amphitheater. He tried to explain to thousands of his constituents what this month has been like for members of Congress.

"Here's the context: I was reading blogs, watching friends and colleagues at town halls having to be escorted out by police," he said. "There were blogs saying, 'Here's how to disrupt town halls: Don't let there be an intellectual discussion.'

"Obviously, this crowd isn't doing that, and I'm really grateful for that."

Not that the crowd was kind to Baird. At first, things were relatively calm, but after a couple of hours, questioners started unloading on the congressman, demanding to know if AmeriCorps volunteers were arming to take over the country, whether the health care plan would dictate how parents would raise their children, and whether he would uphold the Constitution.

Baird smiled weakly through it all, for 2 1/2 hours, until even the crowd got tired.

There is more to come: He has announced another three of these town halls before the summer recess ends. It's a congressman's penance for trying to avoid facing his constituents.