Accessibility links
Marc Andre Hamelin: The Praiseworthy Pianist Hamelin doesn't like to be called a virtuoso, but his skills are hard to deny. Hear him indulge his two pianistic passions in the APM studio: making the treacherously difficult sound easy and uncovering pieces by little-known composers.

Marc-Andre Hamelin is immensely smart, but don't call him an intellectual: "For most people," he says, "that denotes unemotional, and of course, that's far from what I want to convey." 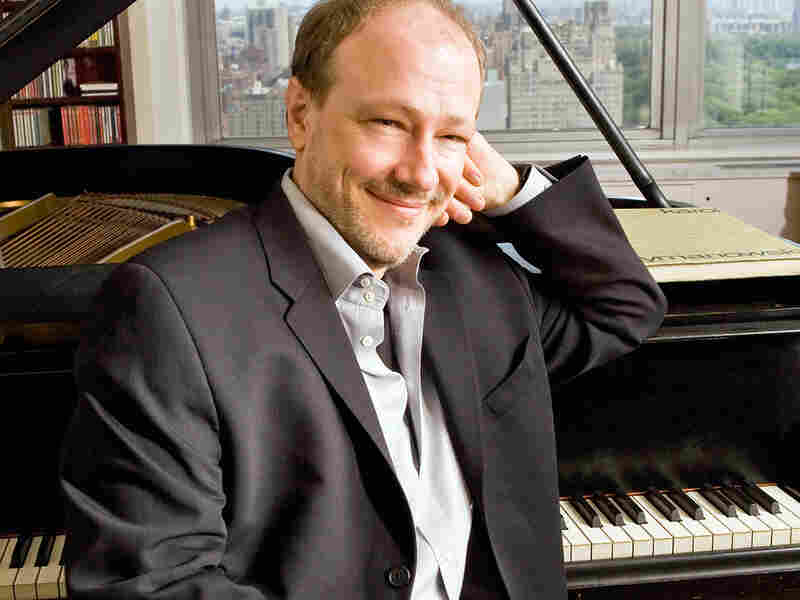 Marc-Andre Hamelin plays one of his own transcriptions of a second-hand arrangement of an old French chanson in the Performance Today studio. Fran Kaufman hide caption 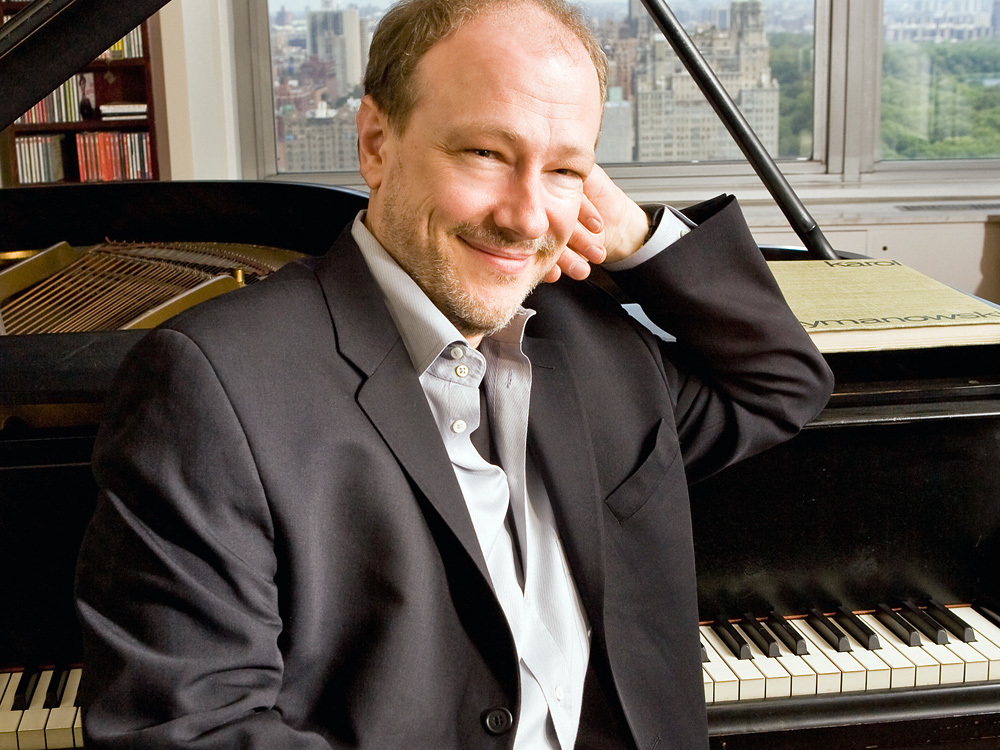 Marc-Andre Hamelin plays one of his own transcriptions of a second-hand arrangement of an old French chanson in the Performance Today studio.

Hamelin has been cheered as one of the great piano virtuosos of our time, but the first time I spoke with him — a Performance Today interview in 2000 — he bristled when I appreciatively called him a virtuoso. He said that's darn near an insult, implying great facility but no soul.

So how can we praise Hamelin and get away with it? I might steal his own description of music by Claude Debussy: "I am not aware of a greater marriage of intellect and sensuality." Hamelin's playing has a penetrating clarity, and at the same time a voluptuous, almost animal carnality. For me, the pleasure of listening to Hamelin play is like the pleasure of watching the greatest athletes in action — so comfortable in their extraordinary physicality, but with power and grace that isn't self-conscious or narcissistic. It serves a larger purpose: winning championships or, in Hamelin's case, creating evocative art.

I admire his mind and hands, but also Hamelin's musical antennae. He's always popping up — "Hey, wait 'til you hear THIS!" — with unknown gems from the bottom of library stacks, or in this case, from the forgotten back shelves of a record collection. A friend gave him a 1950s LP called Mr. Nobody Plays Trenet: sweet French pop songs by Charles Trenet, lavishly arranged for solo piano. "Mr. Nobody" turns out to be the great French pianist Alexis Weissenberg, who never wrote down his arrangements. Hamelin has worked them out note for note, and is now the only pianist with these bon-bons — just wait until you hear one.

Hamelin, a Montreal native, inherited some of his musical DNA from his father, who was a pharmacist by profession, but who played the piano and had eclectic tastes in music. Reportedly, little Marc-Andre was introduced to rare pieces by Charles Alkan, Leopold Godowsky and Kaikhosru Sorabji while still quite young. Later, he would champion the treacherously difficult piano works by these same composers.

At age 9, Hamelin won the top prize in a Canadian music competition and studied at the Vincent D'Indy School in Montreal, and later at Temple University in Philadelphia. He earned more awards, including at Carnegie Hall's International Competition of American Music, which opened opportunities for engagements in the U.S. and a recording contract.

Over the years, Hamelin has gained a reputation for his own eclectic taste in music, often uncovering pieces by little-known composers from Roslavets and Scharwenka to Henselt and Kapustin. He's also known for his fearless performances, making the most difficult, finger-twisting music sound easy.

Alex Ross, in The New Yorker , once wrote that Marc-Andre Hamelin's hands are "among the wonders of the musical world." For Hamelin, that's far better than being called a "virtuoso."