Accessibility links
Trombone Shorty & Orleans Avenue: 'Supafunkrock' : World Cafe A product of New Orleans' music-rich Treme neighborhood, Troy Andrews has been a musician since he was smaller than the trombone he played. He performs with his new group Orleans Avenue, which mixes funk and hip-hop aesthetics with brass band instrumentation.

A product of New Orleans' musical Treme neighborhood, Troy "Trombone Shorty" Andrews has been a musician since he was smaller than the trombone he played. A bandleader by the age of 16, Andrews attracts both older and younger generations of fans with his virtuosity and energy. 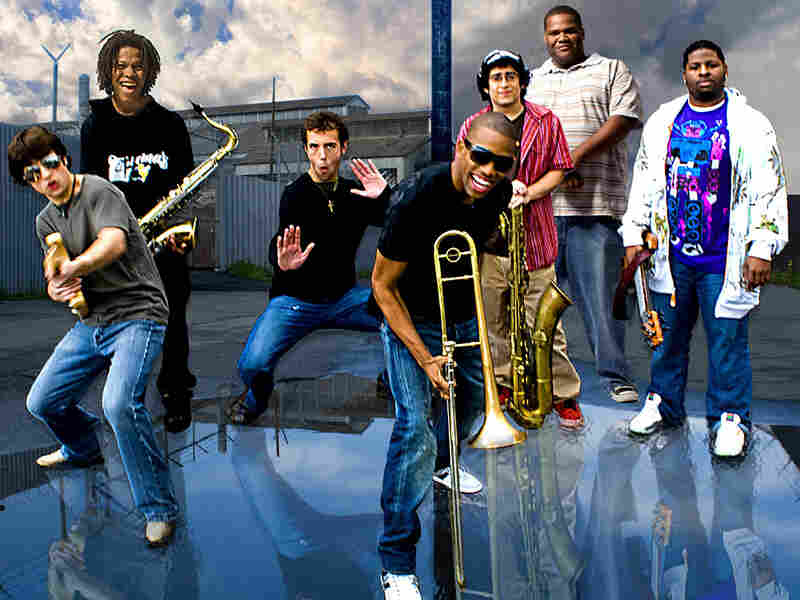 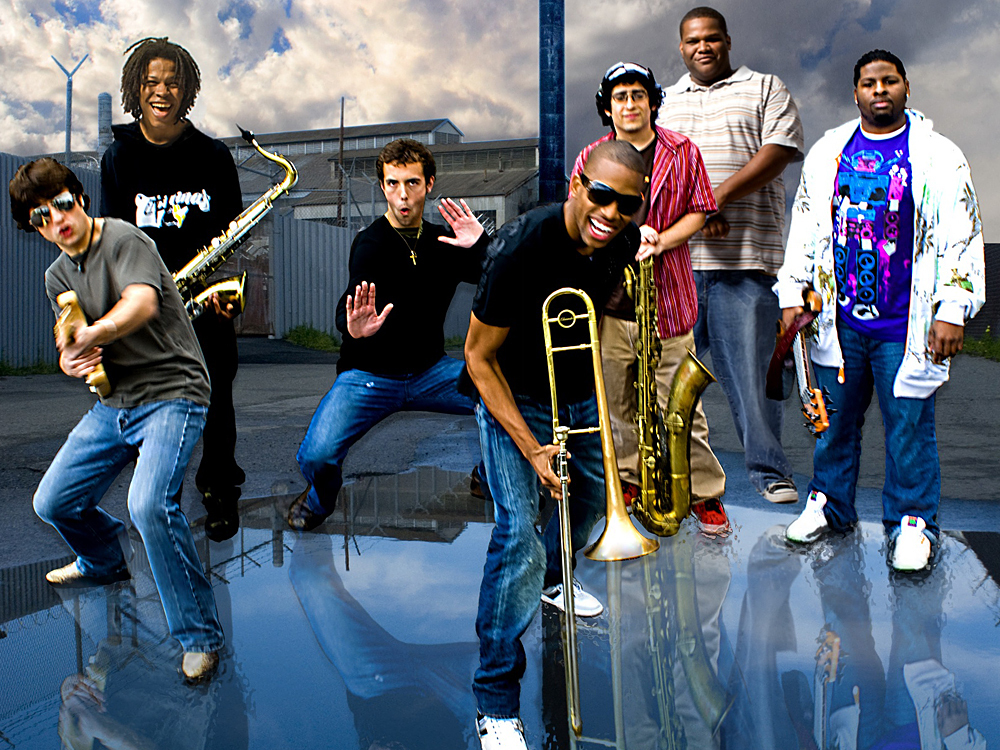 Mixing a blend of funk, hip-hop and jazz he calls "Supafunkrock," Andrews and his band blur the lines of contemporary music. Though only 23, Andrews has performed with acts like Aerosmith, Lenny Kravitz, and the Marsalis brothers.

In 2006, Trombone Shorty entered the national spotlight by playing "The Saints are Coming" on Monday Night Football in his native New Orleans, along with superstars U2 and Green Day. He has also appeared on several television shows, including a Christmas episode of Studio 60 on the Sunset Strip. The resulting singles from both performances were unexpected hits. Today, Trombone Shorty can be heard in his new group, Orleans Avenue, a band mixing funk and hip-hop aesthetics with traditional brass instrumentation.