Accessibility links
Employers Urged To Help Stop Spread Of Swine Flu The federal government wants the nation's employers to help in the fight against the H1N1 swine flu. It's developed a set of guidelines for businesses to follow. The major goal is to keep sick workers at home, not at work spreading the flu.

The federal government wants the nation's employers to help in the fight against the H1N1 swine flu. It's developed a set of guidelines for businesses to follow. The major goal is to keep sick workers at home, not at work spreading the flu.

The federal government is hoping that companies in this country will help in the fight against the H1N1 swine flu. It has issued guidelines to encourage businesses to be ready for the virus in the workplace.

JOANNE SILBERNER: You can sum up the government's guidelines this way. Employers should make clear to workers that if they got the flu they should stay home without worrying about losing their jobs. Companies should have plans on how to get by with fewer workers. They should stress hand washing and covering coughs. They should encourage workers to get vaccinated when a vaccine becomes available. What about making workers get doctors' notes when they're out?

Sec. LOCKE: It has the potential to overload the health care system that will likely be stressed during this year's flu season.

SILBERNER: Jayne Lux of the National Business Group on Health says many big businesses have already implemented some of the suggestions. The new advice does present challenges she says.

Ms. JAYNE LUX (Director, National Business Group on Health): It will mean something different than business as usual - whether that's related to your policies at work, especially your human resources policies, or the way in which you do your business.

SILBERNER: The spring outbreak of the new H1N1 was a blessing in disguise, she says. It gave businesses a chance to develop and test their flu plans. 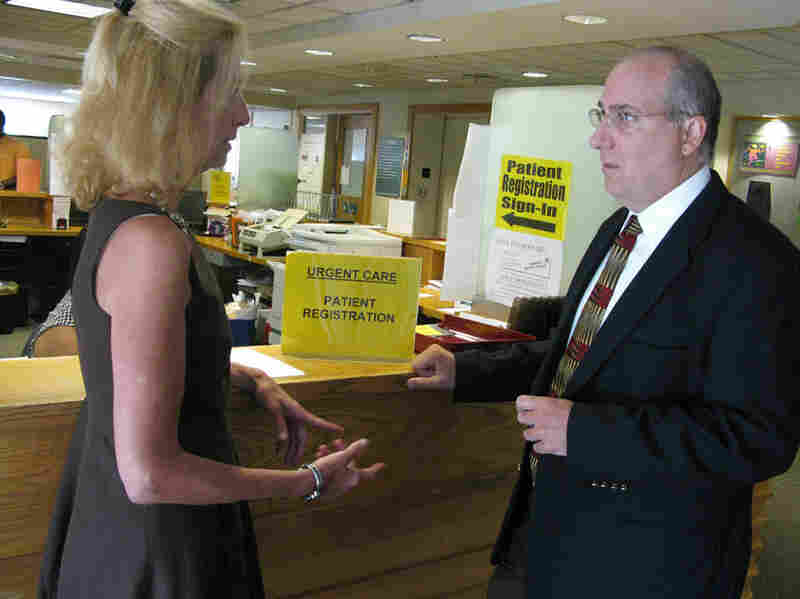 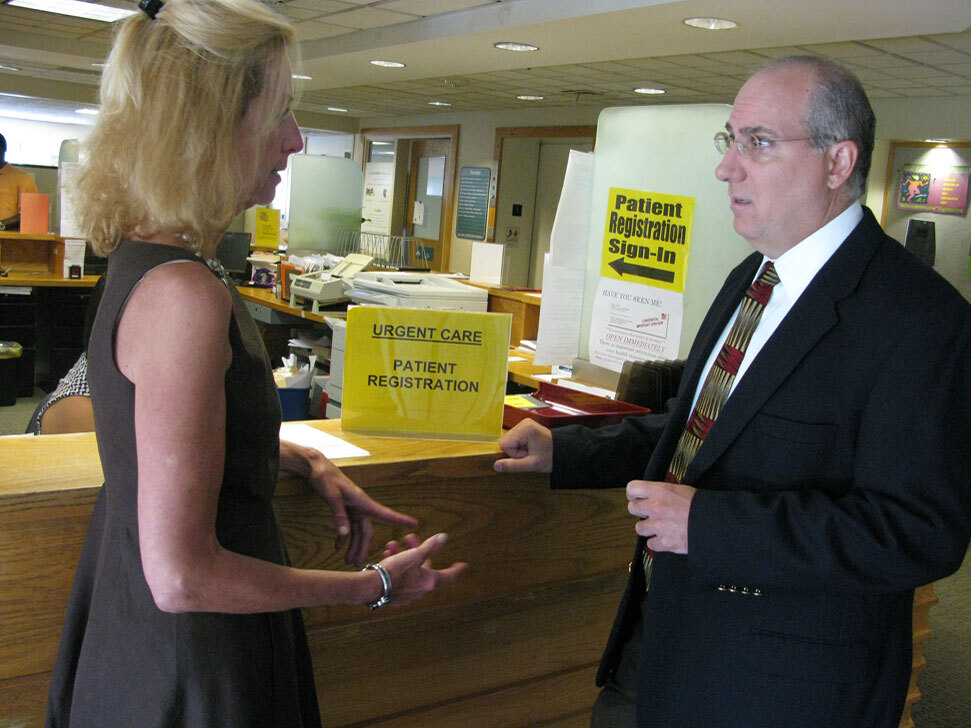 Young people are more at risk of getting swine flu, and pregnant women, among others, have a higher chance of hospitalization from the new flu. Now public health officials are discovering that blacks and Latinos have a substantially higher risk of both.

It is apparently not because of race or ethnicity, per se; it's because of the social circumstances of many African-Americans and Hispanics.

The new data are from Boston health authorities. Federal health officials are studying flu disparities on a national basis but haven't released numbers yet.

In Boston, the disproportionate effect of swine flu on minorities is striking.

Dr. Anita Barry of the Boston Public Health Commission says she and her colleagues didn't expect such large disparities.

"We really didn't know what the race-ethnicity breakdown would be," Barry says. "So, when we saw that this illness was disproportionately affecting black and Latino residents, that really did get our attention."

Barry says there is nothing about the new flu virus itself that makes minorities more likely to get sick from it; social factors — especially the makeup of Boston public schools — are key. Most Boston schoolchildren are minorities, though the general population isn't.

This, for starters, makes minorities more likely to get swine flu because it disproportionately strikes younger people who don't have decades of exposure to distantly related viruses, which grants some degree of immunity. The typical Boston swine flu victim between April and July was 13 years old.

There are, however, other reasons why minorities seem to be more at risk of swine flu. Low-income parents have a harder time keeping their sick children home from school.

"For some parents in lower-wage jobs, if they don't show up at work, they don't get paid, and people may already be on the economic margins," Barry says. "So parents were desperate to get some of these children back in school."

As a result, there were many sick, contagious kids in Boston classrooms this spring. Because of the economic pressures and demographics of the Boston school system, most of them turned out to be black or Hispanic.

Barry says this abetted the spread of the new flu among those groups.

"It was hard on the school nurses, who had parents on the phone saying, 'I can't come get my child,' or 'I don't have anybody to take care of my child,' " Barry says.

The city's neighborhood health centers saw the disproportionate impact, too. Nurse Jan Smith of the Codman Square Health Center in Boston's Dorchester neighborhood, which treats a low-income population, says she was surprised by the volume of people who sought care for flu symptoms.

"Our waiting room was packed," Smith says. "It was as great or greater than late winter."

There is another troubling disparity in the new data. Blacks and Hispanics were also twice as likely to require hospitalization for the new H1N1 virus — that is, their infections were more severe than those of nonminorities.

That reflects another kind of disparity. About half of the hospitalized cases of swine flu involved people with asthma, which is more prevalent among African-Americans and Latinos.

Boston officials have counted four deaths from swine flu so far: two blacks, one Latino and one white. That's too few to draw any conclusions about disparities in the risk of death.

Given the new data, Boston officials plan to target minority neighborhoods in upcoming flu-vaccination campaigns. Like their counterparts across the country, they will probably have to persuade people to come in three times for flu shots: once, early in the season, to be vaccinated against regular seasonal flu; then, later, twice to get swine flu vaccine. Because it is a novel vaccine, it is assumed that people will need two shots to get adequate antibodies.

"That's always a challenge, to come back a second time for full protection," Tringale says. "Taking the time off work or getting babysitters or whatever it takes is always going to be an effort for patients."

To address that problem, Boston Mayor Tom Menino is asking all businesses to give workers time off to get flu shots.