Accessibility links
Musicians Look For Pay In An MP3 World It has been almost 10 years since Napster helped launch a revolution that turned the music industry on its head, allowing file-sharing fans to swap songs on the Web. In that time, music industry revenues have dropped by half. Does that mean the music will suffer?

It has been almost 10 years since Napster helped launch a revolution that turned the music industry on its head, allowing file-sharing fans to swap music on the Web. Record labels have blamed this phenomenon for a steep drop in CD sales. 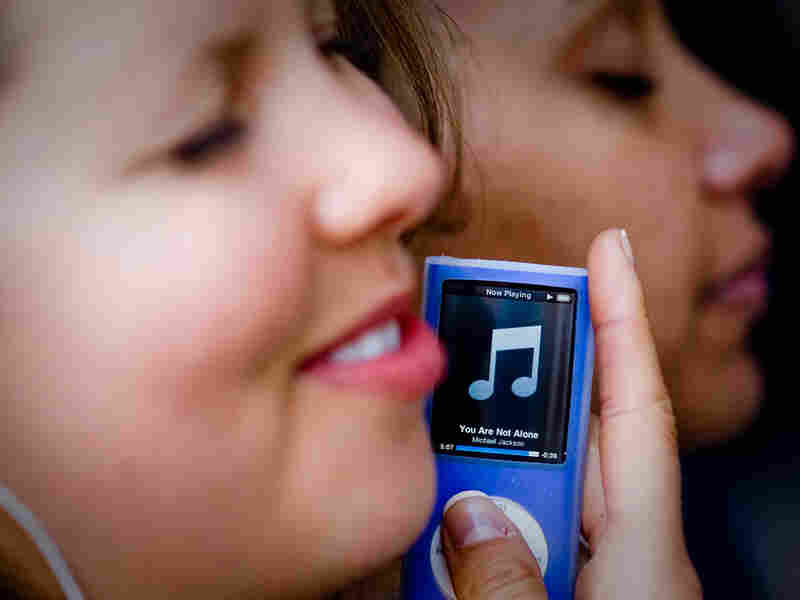 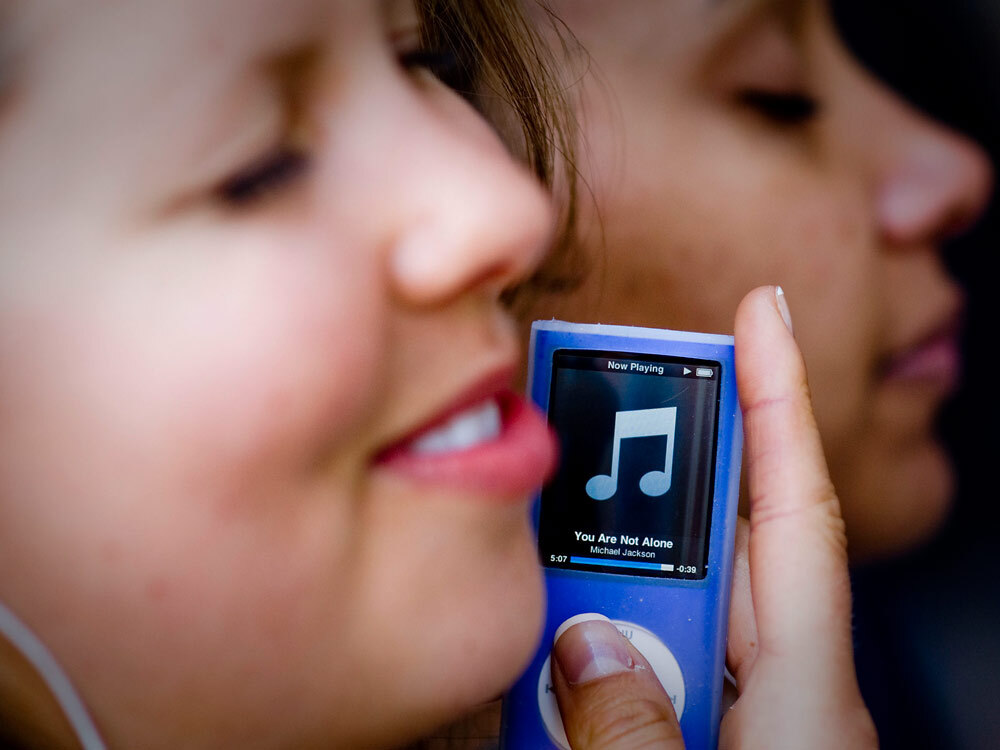 Music bought through iTunes has helped the music industry — but there's still a ways to go, says attorney Don Passman.

Consider this: In early 2000, 'N Sync's No Strings Attached was on top of the Billboard album charts, selling nearly 2.5 million CDs in its first week. Now the bar has been lowered. Last year, it took only 1 million CDs for Lil' Wayne to reach the top of the charts.

Music industry revenues have dropped by half since file-sharing sites came on the scene. Attorney Don Passman, who has represented major recording artists such as Janet Jackson and R.E.M., says even fans of the biggest stars aren't paying for music.

"You can't compete with free," Passman says. "It's very difficult to sell a product if everyone can get it for free."

Passman says if fans keep this up, the quality of music will go down — because no one will able to make a living as a professional musician. In fact, Passman compares the Internet revolution to ... the French Revolution.

"They not only lopped off the heads of Louis [XVI] and Marie Antoinette" in that coup, Passman says, but "they also did away with the copyright law."

The sans-culottes also did away with the monarchy, the feudal system and slavery in France proper. But Passman is right: For several years, the French could get books for almost nothing — and authors had a hard time making a living.

"And what happened is that three years later, the French government reinstated the copyright law," Passman said, "because they realized that for artists to be able to survive, they have to be able to make a living from their work."

Today, the United States has copyright laws — they've just become more difficult for record labels to enforce. In the past decade, the recording industry has filed thousands of suits against alleged file-sharers, most of them settled out of court.

Sure, iTunes sold 2 billion songs last year. But compare that to the 15 billion songs that were downloaded during the same period for free, according to the research firm BigChampagne.

Chris Anderson, author of Free: The Future of a Radical Price, says he thinks the traditional music business is filled with a bunch of whiners.

"As you go through the process of trying to figure out what the new model is," Anderson said, "often the voices of the losers are heard most loudly, because they're feeling it so profoundly — while the winners have not yet emerged."

And those who have aren't necessarily high-profile. Take an artist like Jonathan Coulton. He writes songs about life as a computer programmer. Coulton found the right audience for his music on the Internet — by giving his songs away.

"Some people say, 'Well, you know, it doesn't do you any good if everybody in the world is listening to your music but they've all gotten it for free,' " Coulton says.

"Then I would say, 'I beg to differ.' That's actually a fantastic situation. When you are not already a famous person, your real enemy is obscurity."

It has certainly turned out that way for Coulton. Many fans now choose to pay for his music. He's not rich — but he quit his day job. He says that last year, he made more money from his music than he ever did as a programmer.

And Coulton feels he has more creative freedom than he would if he had signed with a record label.

"When you're a nobody like me and you have this small, loyal, 'nichey' fan base, you can do essentially whatever you want," Coulton says. "You can really be true to whatever quirky spirit moves you."

Looking For A New Model

But Passman doesn't think Coulton's approach would work for all musicians — some just aren't as entrepreneurial. Part of the problem, he says, is that the technology hasn't reached a point where it can give people a complete online connection to their music.

"I could access it in my car; on my home stereo; on my computer; on my connected device — whether that's an iPod or a cell phone or some other kind of device," Passman says, "or even on an airplane. If I can get my music anytime I want, organized the way I want it, I don't mind paying for that."

But, until somebody comes up with something that consumers are willing to pay for, Passman says, he can't figure out how the mainstream music industry is going to survive.