Accessibility links
Promoter Todd P Is Getting His Own Place Todd Patrick has been organizing underground (and sometimes technically illegal) rock shows in New York City for nearly a decade. He's become something of an indie-rock impresario — credited by some with helping launch the careers of The Dirty Projectors and Dan Deacon, among others. But now he's looking to go legit and open a venue.

Listen
Promoter Todd P Is Getting His Own Place

For the past nine years, Todd Patrick — who operates under the name Todd P — has been organizing underground rock shows in lofts, church basements, parking lots and other spaces around Brooklyn, N.Y. Over that time, he's become a kind of indie-rock impresario, credited by some with nurturing successful artists such as Dirty Projectors and Dan Deacon. 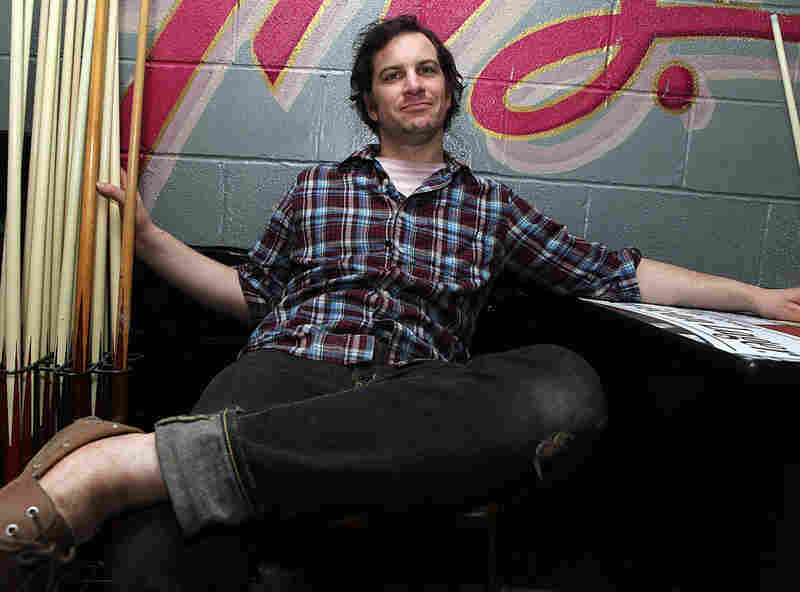 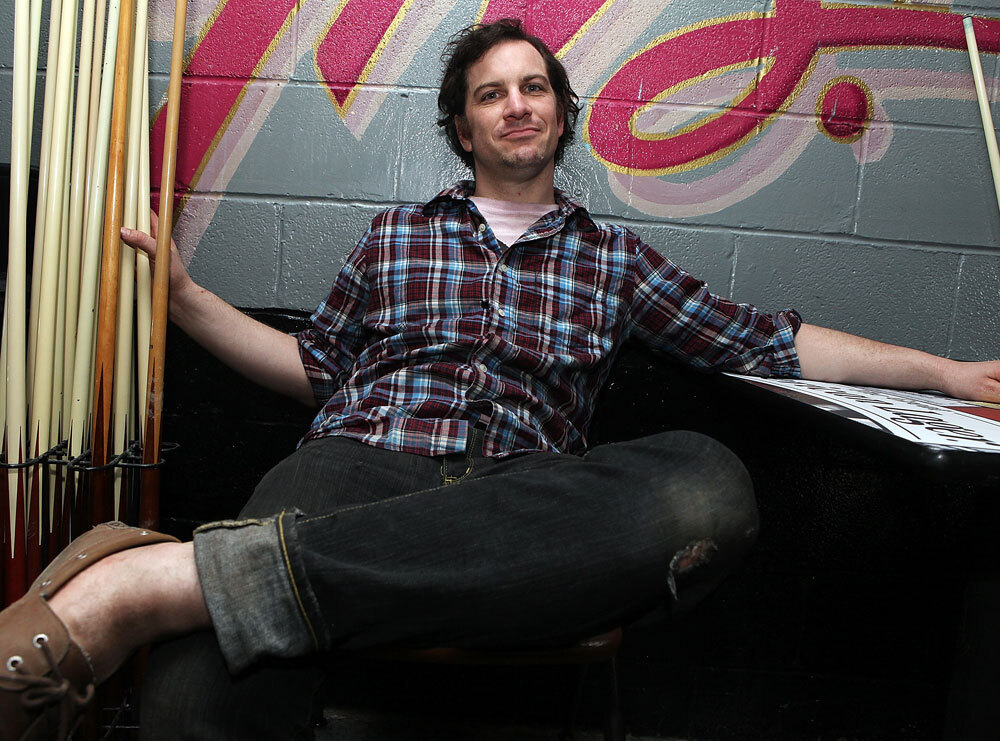 Todd P backstage at his free showcase during South by Southwest in March.

The shows Todd P puts on today are not all that different from his very first. Patrick was one of those alienated teenagers who found salvation in punk and alternative rock. He booked his first show in 1996 — at the age of 20 — when he was a student at the University of Texas in Austin. The only reason he took on the challenge was because some bands he liked had lost their Austin venue.

"These bands couldn't get shows elsewhere," Patrick says. "These people whose 45s I'd been collecting couldn't come. And they were just going to skip Austin. And I was like, 'Screw that, we'll find a way to put this together.' "

Patrick looked around for anything that might work. Ultimately, he found out that the coffee shop where he worked had a vacant second floor. He convinced the manager to let him use it.

"I didn't even know that you needed a PA system or anything," Patrick says. "Like, it was by the skin of our teeth we pulled it off. And that's where I got started doing it — it really came out of [the idea that] these were shows I wanted to see that weren't going to happen if I didn't do it."

Producing On The Fly

Most of the spaces Todd P uses today are unlicensed, and it's not unusual for the landlord to have no idea what he's up to. Patrick gets the word out on his Web site and through his e-mail list, which has more than 10,000 subscribers. He supplies the sound system, manages the door and even takes care of basic maintenance. On a recent afternoon, Patrick stood in an empty second-floor loft in Brooklyn with a wrench in his hand.

"It seems like when they were painting this particular room, they knocked out a panel of sheet rock, and that panel of sheet rock happens to also include our exit light," Patrick says, a little out of breath. "So what I'm doing is hammering it back up, but unfortunately, someone has lost our hammer. So I'm using what appears to be a plumber's wrench."

As you may have guessed, Patrick doesn't have much of a budget. But the hallmarks of his shows are more considered than they may appear: The unusual locations, the absence of beefy bouncers and aloof bartenders — it's all meant to create something that feels like a party.

"There's no sense that the artist is up here and you're over here, and you can't interact with these people," Patrick says. "And people feel they have the right to talk to each other, and they have a right to hang out after it's done, because that's how we end up having more interesting lives. But also because that's how more bands get formed, you know? People talking at the end of the night is how people get together to think about making music outside of the show."

Music journalist Michael Azerrad says the scene Todd P is fostering has created something of lasting value. Azerrad's book, Our Band Could Be Your Life, chronicled the underground rock scene of the 1980s and early '90s. He points out that these kinds of DIY shows are nothing new — but says he's impressed with Patrick's knack for identifying what's up and coming.

"When you go to a Todd P show, the odds are you're gonna catch something that you're going to be bragging about in a few years," Azerrad says. "You're gonna be at one of those shows that was attended by 100 people, and 5,000 people are gonna say they were there."

Take the pop duo Matt & Kim, whose recent single "Daylight" broke the Billboard Hot 100. Going to Todd P shows inspired the pair to form a band. It was Patrick who put them on stage for the first time.

"We would have never been allowed to play a venue," member Kim Schifino says. "We didn't have a recording. We didn't even have a band name."

"Well, I think also playing to a loving, accepting community — for a band who had no idea what they were doing — is far less painful," Johnson says. "Like everyone's just with you, and you mess up, and everyone cheers, you know? It's just human. It's real."

Todd P also tries to be fair. At the end of the night, he lays out exactly how the money is divvied up. John Chavez is a booking agent for Ground Control Touring, a company that represents Bright Eyes, Cat Power, Sonic Youth and others. He says the music establishment is well aware of Todd P.

"Larger venues definitely look at what he's booking and will definitely, definitely move in those directions," Chavez says. "When it comes down to it, he's influential."

Lately, Todd P has been spending a fair amount of time on the phone with lawyers. He's negotiating with investors so he can get a fully legit rock club up and running. While some may suggest that he's somehow selling out, he says his reasons are practical. The more attention his unauthorized shows get, the greater the chance that they could be shut down. Patrick says this hasn't happened yet, although he has received summonses. But he also wants to reach more people, specifically teenagers who feel the way he did when he was growing up — alienated and alone.

"I think, by having a space that is this reliable place that's always in the same location, you will get more people," Patrick says. "I really want to get these people out of their houses. I want it to be this thing that people find, and it changes a whole lot about what their life is about."

But even if Patrick ceases to play a major role in the Brooklyn DIY scene, John Chavez says he's confident that the scene will continue on just fine — in large part thanks to Todd P.

Todd P supports and even helps advertise his disciples — despite the fact that they could cut into his audience and influence. He says he takes pride in the fact that there are now more opportunities for bands to play.

"The scene is better for it. It's better now that tastemaker status and all that stuff has been kind of diluted and spread around," Patrick says. "At the same time, I don't feel like my star has diminished. I feel like I still do great things; other people do great things. There's just great stuff happening."

If everything goes according to plan, Todd P expects to have his new club open in the fall.