A Snaking Tale Of Tragedy And Human Trafficking

A Snaking Tale Of Tragedy And Human Trafficking 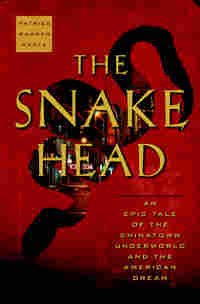 The Snakehead: An Epic Tale of the Chinatown Underword and the American Dream
By Patrick Radden Keefe
Hardcover, 432 pages
Doubleday
List Price: $27.50

In the early 1980s, a new wave of Chinese immigrants began pouring into New York City, brought in by human traffickers, or "snakeheads," who arranged for the arduous and illicit trip between China and Chinatown. Exploiting both their clients' desperation to leave China and the U.S.'s "arbitrary and erratic" system for accepting or deporting immigrants (especially those from China), snakeheads established mind-boggling international networks for secretly ferrying people from the third world to the first — at the cost of $18,000 per person.

Patrick Radden Keefe's riveting new work of nonfiction, The Snakehead, uses the tragedy of the Golden Venture, a smuggling vessel that notoriously ran aground in Queens, New York, in 1993, as a starting point to explore the larger Chinese human-smuggling underworld. Along the way, we meet Cheng Chui Ping, also known as "Sister Ping," the eponym of Keefe's account who, for nearly two decades, unassumingly masterminded a multimillion-dollar, multinational human-smuggling operation from her small store at 47 E. Broadway in Manhattan's Chinatown. Keefe illustrates the impressive intricacy of Sister Ping's criminal network while simultaneously chronicling the beastly indignities to which her customers were subjected on their hellish voyages to America.

Adding further color to the story is the author's reconstruction of '80s- and '90s-era-Chinatown, which at the time, Keefe demonstrates, was a veritable battleground for rival gangs. As its population and crime rate boomed, a young prosecutor in the Manhattan district attorney's office believed that Chinatown "was growing unpoliceable, completely out of control," and Keefe describes more than enough gruesome episodes to lend credence to the claim. 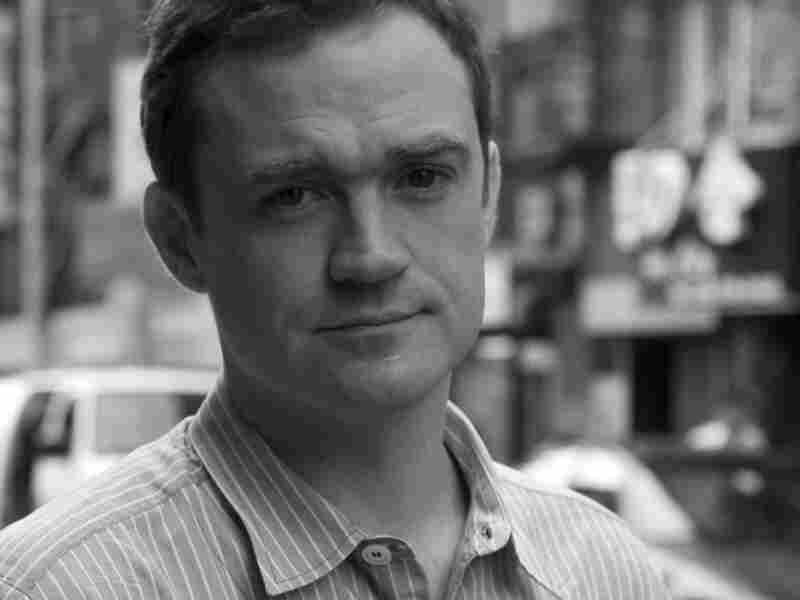 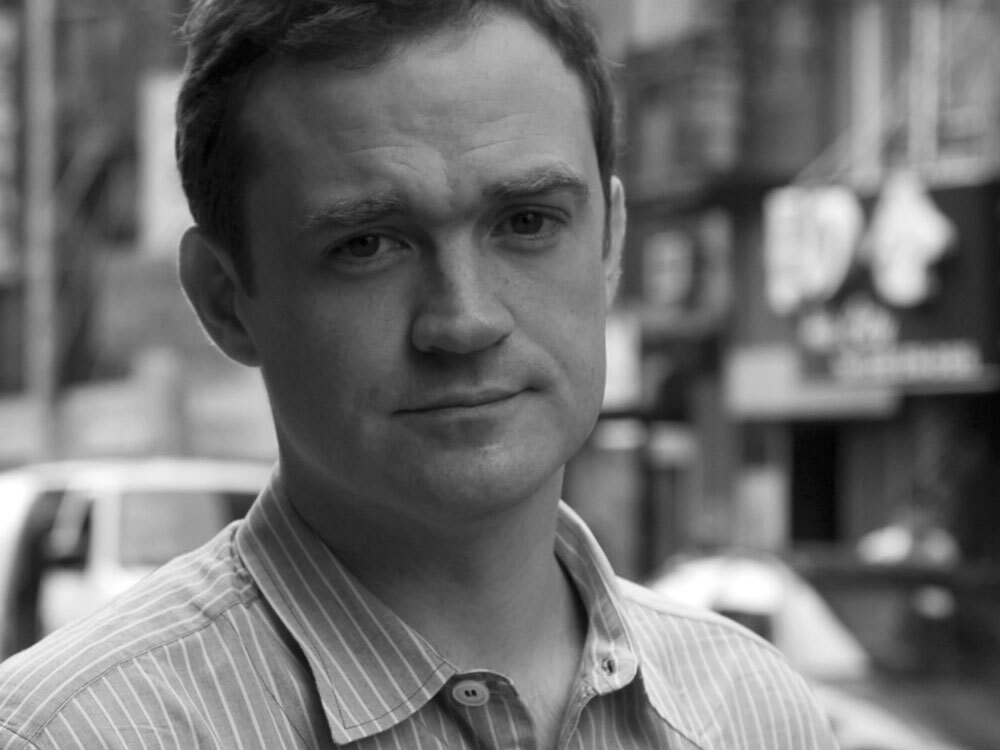 Patrick Radden Keefe is a frequent contributor to The New Yorker and Slate.

The Snakehead is a gangland saga, but Keefe, a Yale-trained lawyer, deftly interweaves the political, legal and gunslinging strands of Sister Ping's story, rendering scenes of White House policy deliberation and immigration court procedure as engagingly as scenes of Chinatown shootouts and high-seas rendezvous between smuggling ships. Moreover, he doesn't shirk journalistic responsibility; with the U.S. government's ineptitude neatly enabling Sister Ping's criminal callousness, the author is fair in his indictments of both American policy and snakehead practice.

Like most true crime stories, The Snakehead's denouement comes in court, but it is to Keefe's credit that the jury's verdict and the judge's sentence do little to comfort the reader with any sense of finality or with any faith in the American system. Even as he wraps up Sister Ping's case, the author notes and tracks other snakehead operations that continue to profit at the intersection of human misery and governmental clumsiness. The $18,000 snakehead ticket to America may now cost $70,000, but there's still a line of potential buyers that stretches literally around the world.

Excerpt: 'The Snakehead: An Epic Tale of the Chinatown Underworld and the American Dream'

The Snakehead: An Epic Tale of the Chinatown Underworld and the American Dream
By Patrick Radden Keefe
Hardcover, 432 pages
Doubleday
List Price: $27.50

The Ship made land at last a hundred yards off the Rockaway Peninsula, a slender, skeletal finger of sand that forms a kind of barrier between the southern reaches of Brooklyn and Queens and the angry waters of the Atlantic. Dating back to the War of 1812, the people of New York erected battlements and positioned cannons along the beaches here, to defend against foreign invasion. Even before white settlers arrived, the local Canarsie Indians had identified in the eleven miles of dunes and grass something proprietary and exclusive. "Rockaway" derives from the Canarsie word Reckouwacky, which means "place of our own people."

A single road runs down the center of the peninsula, past the Marine Parkway Bridge, which connects to the mainland, through the sleepy winterized bungalows of the Breezy Point Cooperative, right out to the western tip of Rockaway, where weekend anglers reel in stripers and blues. Looking south, past the beach at the Atlantic, you wouldn't know you were on the southern fringe of one of the biggest cities in the world. But turn your head the other way, out across the bay side of the peninsula, and there's Coney Island in the distance, the grotty old Cyclone tracing a garish profile above the boardwalk.

At a quarter to two on a moonless Sunday morning, June 6, 1993, a single police cruiser drove east along that central road, its headlights illuminating the dark asphalt. A large stretch of the peninsula is national park land, and inside the car, a twenty-eight-year-old National Park Police officer named David Somma was doing a graveyard shift with his partner, Steve Divivier. At thirty, Divivier had been with the force for four years, but this was his first time on an overnight patrol.

It wasn't typically an eventful task. The Breezy Point neighborhood west of the bridge was close-knit. The families were mostly Irish Americans who had been in the area for generations, working-class city cops and firefighters whose fathers and grandfathers had bought modest summer homes along the beach in the fifties and sixties and at some point paved over the sandy lots and winterized their weekend shacks. At 98.5 percent white, Breezy Point had the peculiar distinction of being the least ethnically diverse neighborhood in New York City. A night patrol of the beach might turn up the occasional keg party or bonfire, but serious crime along that stretch was unheard of. The Breezy Point police force was a volunteer auxiliary. The officers had so little use for their handcuffs that they had taken to oiling them to stave off rust.

Somma was behind the wheel, and he saw it first. An earlier rain shower had left the ocean swollen with fog. But out to his right, beyond the beach, the darkness was pierced by a single pinprick of faint green illumination: a mast light.

The officers pulled over, got out of the car, and scrambled to the top of the dunes separating the road from the beach. In the distance they beheld the ghostly silhouette of a ship, a tramp steamer, perhaps 150 feet long. The vessel was listing ever so slightly to its side. Somma ran back to the car and got on the radio, alerting the dispatcher that a large ship was dangerously close to shore. He and Divivier climbed the dune for another look.

Then, from out across the water, they heard the first screams.

Half stifled by the wind, the cries were borne to them across the beach. To Somma they sounded desperate, the kind of sound people make when they know they are about to die. He had a flashlight with him, and pointed it in the direction of the ship. The sea was rough, the waves fierce and volatile. About 25 yards out, between the rolling swells, Somma saw four heads bobbing in the water. The officers turned and sprinted back to the car.

"We've got a large number of people in the water!" Somma shouted into the radio. Divivier had grabbed a life ring and was already running back to the beach. The officers charged into the water. It was cold — 53 degrees — and the surf was violent, big swells breaking all around them and threatening to engulf the people in the distance. Guided by the wailing voices, Divivier and Somma strode out until they were waistdeep. As Divivier closed the distance to the four people, he hurled the life ring in their direction. But the wind and current carried it away. He reeled it in, walked deeper into the water, and cast the ring again. Again it failed to reach the people as they struggled in the swells.

Realizing that they couldn't do the rescue from solid ground, Divivier and Somma plunged into the water and began swimming, enormous waves twisting their bodies and crashing over their heads. The drowning people writhed in the cold ocean. Eventually Divivier and Somma reached them and shouted over the percussive surf, telling them to take hold of the life ring. Then the officers turned around and dragged the shipwrecked strangers back to shore. There the four collapsed, panting, on the sand. They were Asian men, the officers saw, diminutive and cadaverously thin. When Somma spoke to them, they didn't appear to understand. They just looked up, with terror in their eyes, and pointed in the direction of the ship.

From the ocean, the officers heard more screams.

Somma's first radio call to the Park Service Police dispatcher had gone out at 1:46 A.M. There was a Coast Guard station just across the peninsula from the beach, at the Rockaway end of the Marine Parkway Bridge. Charlie Wells, a tall, ruddy, nineteen-year-old seaman apprentice, was on radio duty from midnight to four in the morning. Wells, the son of an Emergency Medical Services captain, had grown up in Whitestone, Queens. He lived in the barracks; he'd been with the Coast Guard less than a year.

"A fishing boat sank off Reis Park," a dispatcher's voice said, crackling through the radio. "There's forty people in the water!"

Wells ran out of the barracks, started his truck, and drove a few hundred yards south down the access road in the direction of the ocean side beach. He pulled over in a clearing and ran up onto the beach, where he was startled by the sight of the ship in the distance. He mouthed a quiet Wow.

On the beach in front of him, it looked like some madcap game of capture the flag was under way. A dozen or so dark, wiry figures, some of them in ragged business suits, others in just their underwear, were running in every direction, and a number of burly police officers were giving chase. Three off-duty Park Service officers had joined Somma and Divivier and were scrambling after the Asian men who had managed to swim to shore.

"Help!" one of the officers shouted, spotting Wells.

Wells took off after one of the men, gained on him easily, and rugby-tackled him. He was much smaller than Wells, skinny, and soaked through. Wells held the man down and looked up to see more people emerging from the surf. It was a primordial scene — an outtake from a zombie movie — as hordes of men and women, gaunt and hollowcheeked, walked out of the sea. Some collapsed, exhausted, on the sand. Others dashed immediately into the dunes, trying to evade the cops. Still more thrashed and bobbed and screamed in the crashing waves. Wells could just make out the outline of the ship in the darkness. There was movement on the deck, some sort of commotion. People were jumping overboard.

"We need a Coast Guard boat!" one of the officers shouted at Wells. "And a helicopter!"

Wells ran back to the van and radioed his station. "I need more help," he said. "There's a two-hundred-foot tanker that ran aground right off the beach, and these guys are jumping right into the water." 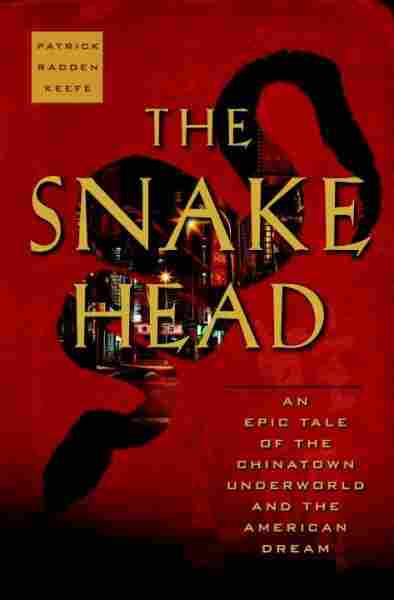 An Epic Tale of the Chinatown Underworld and the American Dream