Accessibility links
Iran And The Bomb: U.S. Keeps Options Open U.S. officials say the window to stop Iran from obtaining a nuclear weapon could close as early as 2013. The Obama administration wants to use diplomacy to stop that, but it also reserves the right to use military means. 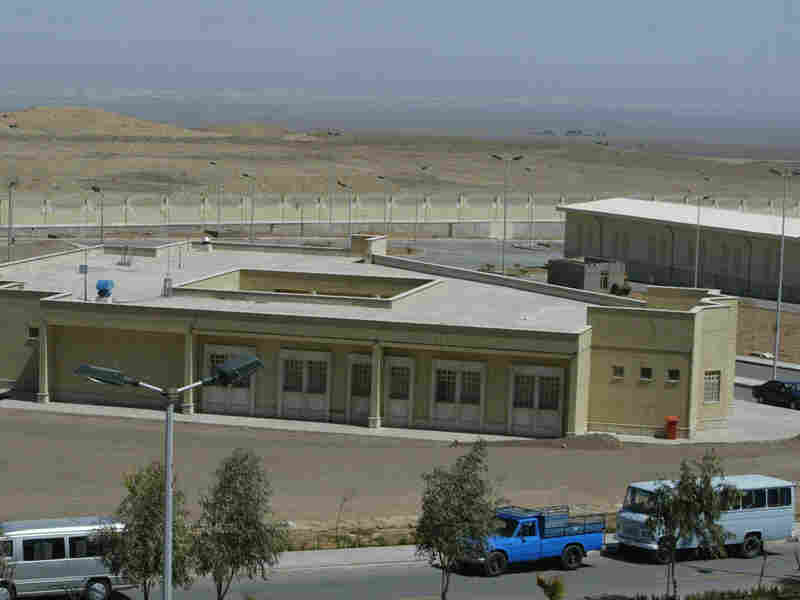 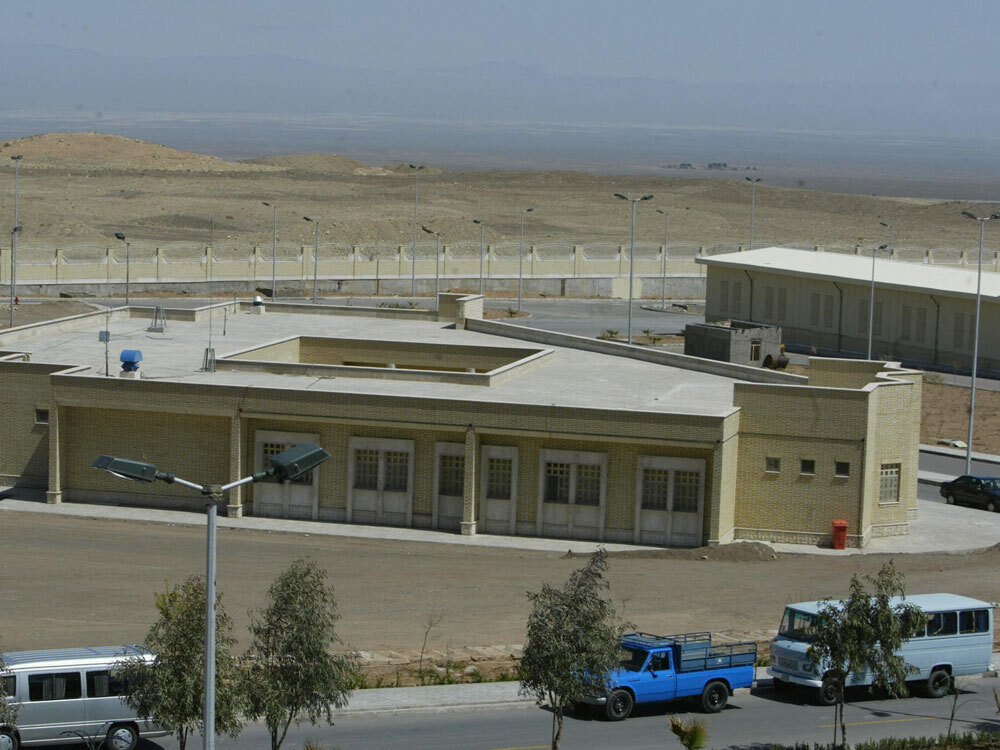 Located about 200 miles south of Tehran, the nuclear facility at Natanz (shown here in 2005) has fed concerns that Iran is seeking to produce nuclear weapons. The International Atomic Energy Agency says Iran is enriching uranium at Natanz and as has already produced enough nuclear fuel for a single nuclear bomb, provided Iran develops the capability to enrich the material further to weapons grade.

While Iran has long denied it is seeking nuclear weapons, U.S. officials say the window to stop the country from obtaining them is closing: U.S. intelligence estimates suggest Iran could produce weapons-grade material as soon as 2013.

That means the United States might soon face a choice: Accept a nuclear-armed Iran or use military means to stop it.

The U.S. has long sought to place diplomatic pressure on Iran to allow international inspections of its nuclear facilities and halt programs that could lead to nuclear weapons.

With U.S. forces currently fighting costly wars in Afghanistan and Iraq, the political will — and the practical means — to engage in a major new conflict would be difficult.

But if diplomacy and economic sanctions ultimately do not work, the possible use of military force remains an alternative. Adm. Mike Mullen, chairman of the Joint Chiefs of Staff, said in a recent speech, that the U.S. has "all options remaining on the table, including certainly, military options."

Defense officials say any military strike on Iran would include Iran's known nuclear facilities, such as Natanz and Isfahan.

The target list would probably go well beyond those, says Jeffrey White, a former chief of Middle East intelligence at the Pentagon's Defense Intelligence Agency.

"If we decide that we have to use force, I think we would go with the broader option — attack more facilities," says White.

Additional targets might include Iran's air defenses, ballistic missile sites and the naval assets Iran might use to retaliate.

Any successful strike would not be a one-time attack, says Chuck Wald, a retired four-star Air Force general.

"From a military standpoint, this would be a sustained activity over a period of time, more like weeks and months than days," he says.

Aside from the question of whether such an attack is remotely politically palatable for Americans at home or U.S. allies abroad, there are serious practical challenges to consider.

Iran's nuclear and military facilities are spread across the country, and the nuclear sites are believed to be buried deep underground.

But Wald says U.S. bombs could hit them.

"There are new weapons that have been developed. They're coming along pretty quick. There's a 30,000-pound penetrator [bomb] that the Air Force is getting ready to field, that penetrates quite a bit," he says.

The bomb, known as the "massive ordnance penetrator," is designed to destroy deeply buried targets, such as hardened concrete facilities and tunnels.

But the question remains whether the U.S. knows enough about Iran's nuclear facilities to sufficiently attack and set back the program. Iran is believed to maintain undeclared, clandestine sites.

As one U.S. intelligence official puts it, "If we don't know about them, we can't hit them."

"This is a viable option. Whether it's desirable or going to be doable, that's something else. But we have an option. Now, does anybody in their right mind want to attack Iran? No, not a bit. But sometimes you [have to] do things you don't like to do," Wald says.

Iranian Options For Striking Back

But the general concedes that attacking Iran could unleash terrifying consequences — among them, the near-certainty that Iran would retaliate.

A large and very strong state, Iran would "surely strike back," says Nicholas Burns, who was the Bush administration's top negotiator on Iran and former U.S. ambassador to NATO.

"And if it struck back, we might end up with a third war in the Middle East and South Asia, after Afghanistan and Iraq. Can we handle a third war?" he asks.

Burns says Iran would use Hamas in the Gaza Strip and Hezbollah, based in Lebanon, to attack U.S. interests in the region, including Israel and moderate Palestinians. Iran would also use its influence to make life unpleasant for U.S. troops in Iraq and Afghanistan.

And after all that, Burns argues, U.S. strikes would only set back Iran's programs, not destroy them.

"I'm not aware of any scenario where military force resolves the problem. What we're really talking about here is Iranian scientists trying to master the fuel cycle, master the process of enriching uranium. It's very difficult to bomb human knowledge," he says.

The Question Of Israel

Even if the U.S. decides that a military strike is not an option, there is another possibility: Israel might attack Iran.

Israeli officials have made clear they are losing patience with U.S. attempts to engage Iran diplomatically.

And as the clock continues to tick, the likelihood of Israel attacking on its own is rising, says White, the former Pentagon intelligence official.

"[An attack by Israel] might actually be a way out for the Obama administration. I'm not saying they're encouraging it. But, if the Israelis conducted a successful attack, it would take a lot of the pressure off the administration," White says.

But this scenario has downsides, too.

White notes the U.S. would probably be blamed for an Israeli attack, regardless of whether it was involved, and the negative consequences might play out the same as with a U.S. attack.

Still, as Iran inches closer to a bomb, the risks of military action must be weighed against the risk of doing nothing — a calculation that U.S. officials, including Defense Secretary Robert Gates, are well aware of.

"A nuclear-armed Iran would be profoundly destabilizing to the entire region — certainly to Israel — and a threat to the United States and other states as well," he said during a tense press conference last month in Jerusalem.

He said he hopes to persuade Iran's leaders that it's in their own security interests not to build a bomb.

Clearly, military action is not the way the Obama administration wants to go, says White, the Pentagon veteran.

But if diplomacy doesn't work, he adds, that could force the administration to think hard about its last resort.