Accessibility links
Jewish Classics Live Again, Set To Latin Beats From the late 1940s to the mid-'60s, Latin music was hugely popular in America's Jewish community. Entire albums were recorded as testaments to the phenomenon. One of them, which put Jewish classics to a Latin beat, has just been reissued. This weekend, it will be re-created in concert at Lincoln Center in New York.

The album Mazel Tov, Mis Amigos dates from a time in the late 1940s through the mid-'60s when Latin music was hugely popular in this country's Jewish community. Albums blending the two cultures sold millions of copies. One of them, which put Jewish classics to a Latin beat, has just been reissued — and is being re-created in concert at New York's Lincoln Center.

The Idelsohn Society for Musical Preservation 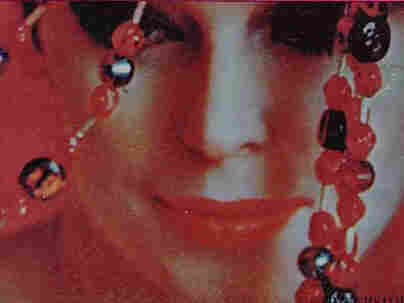 From the cover of Mazel Tov, Mis Amigos. hide caption

Mazel Tov, Mis Amigos was released in 1961 by the venerable jazz label Riverside Records. It claimed to be the work of Juan Calle and His Latin Lantzmen but was actually recorded by some of the preeminent jazz and Latin music players of the time — including Doc Cheatham, Clark Terry, Ray Barretto and Charlie Palmieri. It featured a Yiddish theater classic performed as a Dominican merengue, as well as a song about a cigarette seller done as a quick-step mambo. "Havah Nagilah" was played as a cha cha.

The record was conceived as a surefire seller, and the original liner notes admitted as much: "If a vote were taken to determine the two varieties of music with the deepest and widest appeal of all, the chances certainly are that it would result in a landslide victory for the infectious rhythms of the Latin beat and the heartwarming melodies of Jewish popular and folk song."

Despite the album's overt commercial intentions, Afro-Cuban pianist and bandleader Arturo O'Farrill says there's more to it.

"This is an example of what happens when you mix cultures. It's not a novelty. It's rarefied when it works so beautifully," O'Farrill says. "They end up doing this Latin record because it makes sense from a marketing standpoint. They think they're going to sell a lot of records. But the result is this beautiful mixture of jazz and Latino players at the prime of their powers, doing stuff that is just musically amazing, let alone culturally transfixing. You can't look at this record and not go, 'Wow! That's out. That is really amazing.' "

O'Farrill is the son of the late bandleader and composer Arturo "Chico" O'Farrill. The younger musician is the director for the one-time re-creation of Mazel Tov, Mis Amigos at Lincoln Center. He is joined onstage by 94-year-old pianist Irving Fields.

"The thing is, you have to take the right melody with the right Latin rhythm," Fields says. "Now, if I played 'Hava Nagila' as just a bolero rumba, it would be all right. But it didn't belong as a bolero rumba. It belonged as a merengue. The rhythm and the tempo would just fuse beautifully into the melody. And that's what you have to do to do this successfully."

Fields scored several hits with this formula. His album Bagels and Bongos sold 2 million copies in 1959. Fields still plays six nights a week at a restaurant in Manhattan. He was bitten by the Latin bug as a young man playing piano on a cruise to Puerto Rico and Cuba.

Latin Music In The Catskills

Fields and a bunch of Latin music performers found plenty of work in the Borscht Belt — the Jewish resorts in New York's Catskill Mountains. Nearly every hotel had a mambo night, and vacationers would often travel from resort to resort to hear the different bands.

Tania Grossinger grew up at her cousin's hotel, Grossingers. As a teenager and aspiring trumpet player, she sat in with the Latin bands and says there was never a problem with the cultures mixing.

In the years after World War II, Jews were just starting to "get their American dream on," music journalist Mark Schwartz says.

"Within Latin music and the excitement of Latin music, they were able to distance themselves from the older generation that came over," Schwartz says. "This was their thing. You know, they wanted to be American, in all the things that that entailed. So they wanted fast cars, furs, cocktails. They wanted to have a good time. And this was sort of their ticket."

"I mean, rock 'n' roll was OK for the kids, but the older people didn't feel comfortable dancing to rock 'n' roll. It was too uninhibited," Weinstein says. "So 'cha cha cha' was a way to be a little bit trendy without having to make a fool of yourself trying to do the twist in your girdle."

Hundreds Of Musicians And Clubs

Jewish musicians who played in Latin bands in the 1950s and '60s included Harvey Averne, aka Arvito; Alfred Levy, aka Alfredito; and trombonist Barry Rogers, who didn't have an aka but grew up in the Bronx with Eddie Palmieri and played in the pianist's band.

Rogers had more soul in his trombone playing than a lot of Latinos, Arturo O'Farrill says.

"Now, where the heck did this guy learn to play salsa, and why was he so good at it?" O'Farrill asks. "You know, it's not a Twilight Zone episode, but there's a lot of mysteries about why some people have proclivities toward one culture."

One answer may lie in the similarities, both rhythmic and harmonic, between Latin and Jewish music. But it's a connection that's fading, according to Larry Harlow. He's a Jewish musician from Brooklyn who went to Cuba as a college student in the mid-1950s and became the first artist to sign with the legendary Salsa label Fania Records. Harlow was dubbed "El Judio Maravilloso" — The Marvelous Jew.

"The Hispanic people were supporting the music everywhere we went," Harlow says. "We were working every single day. Between Palmieri and myself and Pacheco and Richie Rey and Orchestra Broadway and Barretto, we controlled the Latin scene. There must've been 200 bands in New York. There must've been 500 clubs to play in. Now, there's none."

That may be a bit of an exaggeration, but all of the recordings stand as a document to the music's popularity. The same organization that reissued Mazel Tov, Mis Amigos plans to reissue an old LP that has the entire score of Fiddler on the Roof performed with Latin arrangements.