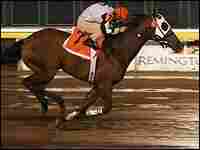 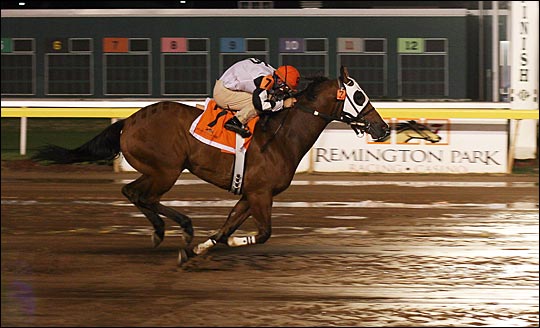 Got Country Grip continued his winning streak at the National Cowboy and Western Heritage Museum Stakes race at Remington Park on May 27. 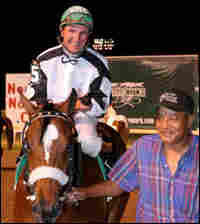 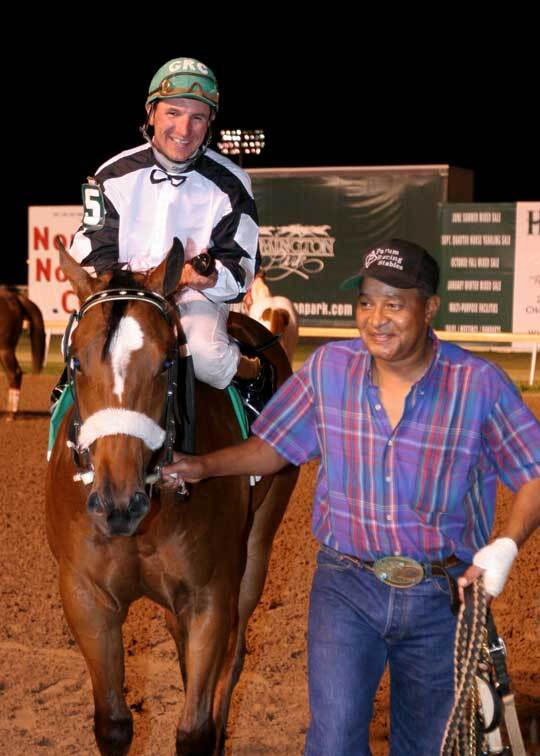 Texas racehorse owner Jimmy Maddox bought the Paint horse Got Country Grip four years ago sight unseen, in a trade for two fillies and $4,000. When Maddox first laid eyes on his new horse, he thought he'd been cheated.

"Well, I thought I messed up," Maddox says. "He'd been weaned, had a snotty nose and was a little sick. And I thought, Boy, did I give a good grey filly away!"

It turns out Maddox was on the winning end of that trade. Today, "Grip" — as he's known — just might be the fastest racehorse you've never heard of. He's undefeated, with 14 consecutive wins. And he is closing in on the record of 16 wins in a row held by two thoroughbreds, Cigar and Citation.

Paint horses, like Quarter horses and Appaloosas, are sprinters. They can run 350 to 400 yards, straight down the back stretch. Thoroughbreds, in contrast, are middle-distance runners, 800-meter horses or milers, going once around the track at the big races like the Kentucky Derby.

"The first time we ever saddled him, he jumped out my 7-foot-round pen and cleared it," Parum says. "And I had bet anybody any amount of money that a horse could never make it out of that round pen — and he jumped out of it!"

Parum stands next to Got Country Grip in his stall as he talks. The more Parum answers questions, speaking into the long NPR microphone, the less the horse likes it that he's not the one being interviewed. Grip leans forward, putting his mouth next to the black microphone. He wants superstar treatment — with softball questions.

NPR: Got Country Grip, are you the fastest horse ever?

NPR: You are the fastest horse ever?

NPR: We'll take that as a yes?

That's Grip's trademark — that snort. When he's led out of the trailer at the racetrack, that's what he does. It's his way of letting everybody know he's there.

In his 12th race, at Remington Park in Oklahoma City back in April, Got Country Grip proved — in a somewhat gruesome manner — just what an incredible horse he is. Coming out of the gate, Grip collided with another horse and was stepped on. His right rear horseshoe was torn off — and with it went half of Got Country Grip's hoof. But the horse regained his stride, exploded down the track and, incredibly, won by a full length.

"This horse wins by four, five, six lengths — which is the equivalent of 20 lengths in Thoroughbred racing," says Dale Day, the announcer at Remington Park in Oklahoma City. "He's astounding to watch," Dale says. "Usually his races are over after 50 yards."

Dale has seen Got Country Grip race repeatedly, and he says Grip might be the best Paint racer ever: "For the horse racing world and folks who have not seen this horse, they need to try to get a look at him, because he is spectacular."

Got Country Grip is like a boxer who dominates his weight class and must move up to find a worthy foe. His owners are considering running Grip against a champion Quarter horse in a match race, one on one.

But that's not going to happen until Grip breaks the all-time record of 16 consecutive victories — that is, if he can break the record (we don't want to jinx him).

Got Country Grip's next race is scheduled for July in Tulsa.