Accessibility links
Could Deterrence Counter A Nuclear Iran? If Iran does eventually become a nuclear-armed state, one option available to the U.S. is an approach that worked for nearly half a century: deterrence. Critics say Iran's leaders are undeterrable because they believe in religious apocalypse. But others say the tactic has been effective with even more recalcitrant foes. 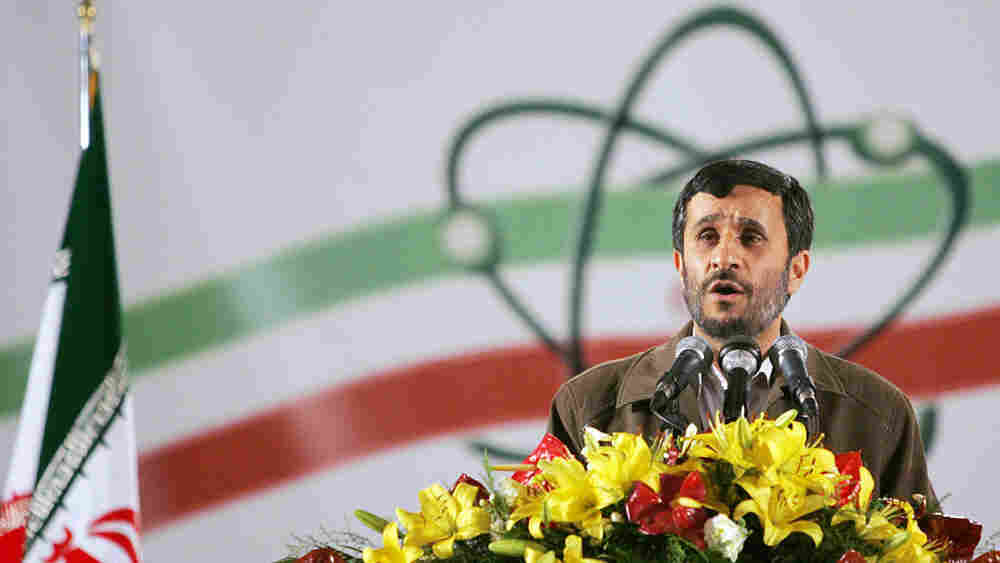 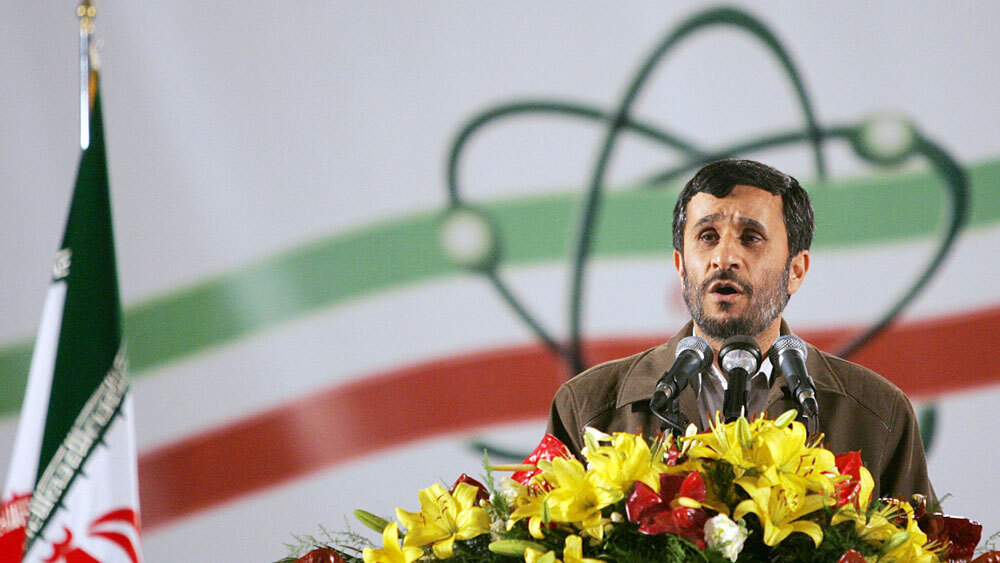 In this photo from April 2007, Iranian President Mahmoud Ahmadinejad delivers a speech during a visit to the Natanz uranium enrichment facility about 200 miles south of Tehran, the country's capital. During the speech, Ahmadinejad announced that Iran was producing enriched uranium on an industrial scale, warning that the Islamic republic would defend its nuclear rights "to the end."

Iran's leaders insist they do not intend to acquire nuclear weapons, and there is no evidence at the moment that they possess an atomic bomb.

But if the country does eventually become a nuclear-armed state, one option available to the United States to counter that power is an approach that worked for nearly half a century: deterrence — using the threat of nuclear retaliation and complete destruction to prevent an attack.

In recent years, deterrence has not been a prominent factor in the debate over Iran's possible acquisition of nuclear weapons. The Bush administration had little interest in deterrence as a foreign policy option, focusing instead on war — preventive or pre-emptive war — as a tool to stop the spread of nuclear weapons.

That proved a disaster in Iraq, says Joshua Pollack, an expert on nuclear weapons issues. As a result, deterrence moved to the forefront with the arrival of the Obama administration.

"The alternatives to deterrence are what, after all? There's not a lot there. We tried preventative war in the case of Iraq. This turned out to have costs and difficulty that were not entertained at the outset. Most people believe that in the case of Iran, those costs and difficulties would be considerably greater," says Pollack, who also contributes to the ArmsControlWonk Web site.

The core argument that critics of deterrence make is that Iran is undeterrable — because Iran's president, Mahmoud Ahmadinejad, and other leaders are fanatics who believe in religious apocalypse. Nuclear war could suit their purposes, this argument goes, even if Iran used the bomb and the U.S. retaliated.

"I don't think this is a suicidal regime. I don't dismiss out of hand at all the idea that they could be deterred," he says.

The picture of Iran as a suicidal regime doesn't work for Muhammad Sahimi either. Sahimi, a professor at the University of Southern California who writes for the Web site Tehran Bureau, is a longtime critic of Iran's conservative government.

For advocates of deterrence, history works in their favor.

The Soviet Union and China are cases in point. The Soviet Union acquired the bomb when Stalin was in power, and China when Mao was its leader, points out Michael Krepon, co-founder of the Stimson Center in Washington and now a diplomat-scholar at the University of Virginia.

"Mao Zedong and Josef Stalin make Ahmadinejad look like a Boy Scout. And I'm not belittling the worrisome nature of Ahmadinejad and the Iranian regime. But we have dealt with far, far worse," he says.

In the case of China, the U.S. government learned in the early 1960s that Beijing was pursuing a nuclear weapon and might soon test it. Presidents John F. Kennedy and Lyndon B. Johnson considered bombing China's nuclear sites, and even considered using nuclear weapons for that purpose, says Krepon. Ultimately, they rejected that option in favor of deterrence.

"Several successive U.S. administrations decided to play the long game, to eventually engage diplomatically, to contain, to deter, to shore up friends and allies along the periphery of these two massive states, and to bet that the character of these countries and the threats that they pose would eventually change and abate," Krepon says.

Still, there is a problem with deterrence that nags at many analysts: There is no proof, no certainty that it will work in all cases.

Gary Milhollin, the director of the Wisconsin Project on Nuclear Arms Control, which maintains the Web site Iran Watch, argues that even if the American and Israeli nuclear arsenals deter Iran's use of a nuclear weapon, Iran might be in any case tempted to behave differently toward its neighbors.

"If Iran gets the bomb, we're going to have a period of experimentation in the beginning, where Iran is trying to figure out how much power this new capability has conferred," Milhollin says.

Some critics of deterrence think Iran would share the bomb with others, such as Hezbollah in Lebanon. But if a nuclear device ever exploded inside Israel, the Israelis would assume immediately that responsibility rested in only one place — Iran.

'Stepping Into The Unknown'

Milhollin worries about other unpredictable scenarios, such as miscalculation, in which bellicose statements from Iran and counterstatements from the U.S. and Israel might lead to a conflict that no one intended.

"At that point, you're stepping into the unknown. And I think it would be very risky to assume that a combination of containment and deterrence would be adequate to protect us," he says.

Deterrence, though, may already be at work in the minds of Iran's leaders. If they do decide to acquire nuclear weapons, Sahimi believes their goal will be to deter an attack from the United States.

"Whatever they may build, everything that they may build would be for the survival of the regime against foreign attack," he says.

If Iran does eventually build nuclear weapons, its deterrent is unlikely to grow beyond a handful of bombs. Iran's own supply of natural uranium is believed to be quite small and dwindling already. Acquiring uranium from other nations could be difficult if Iran sought to keep it secret.