Accessibility links
Ramadan For Kids? Muslims around the world are observing Ramadan and are fasting from sunrise to sunset to mark the Islamic holiday. But there is debate over whether children should join adults in fasting. A panel of Muslim parents debates the issue. 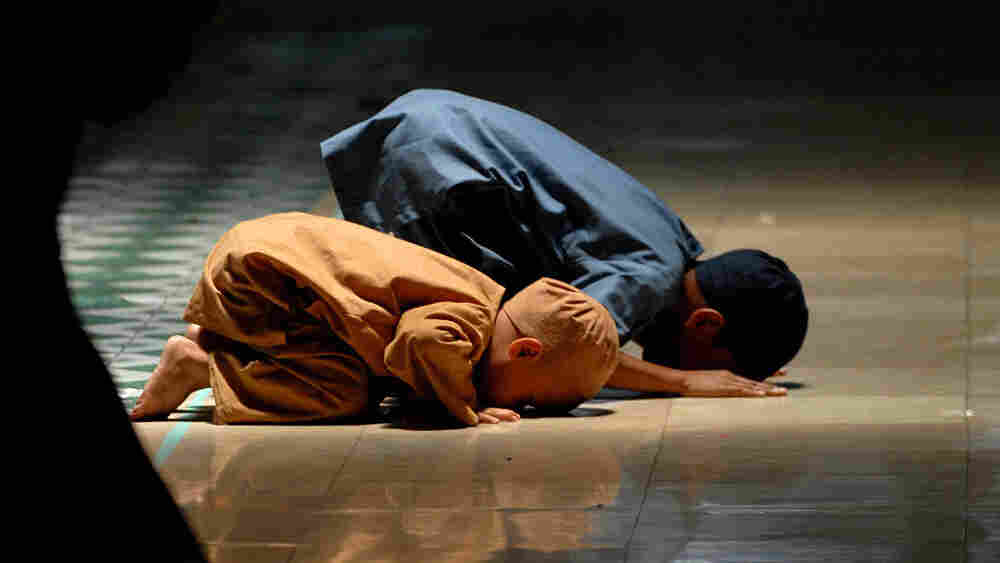 Muslim children pray at a mosque during the holy month of Ramadan in Manila on Sunday. Muslims entered the fasting and feasting month of Ramadan on Saturday. Junie Doctor/Getty Images hide caption 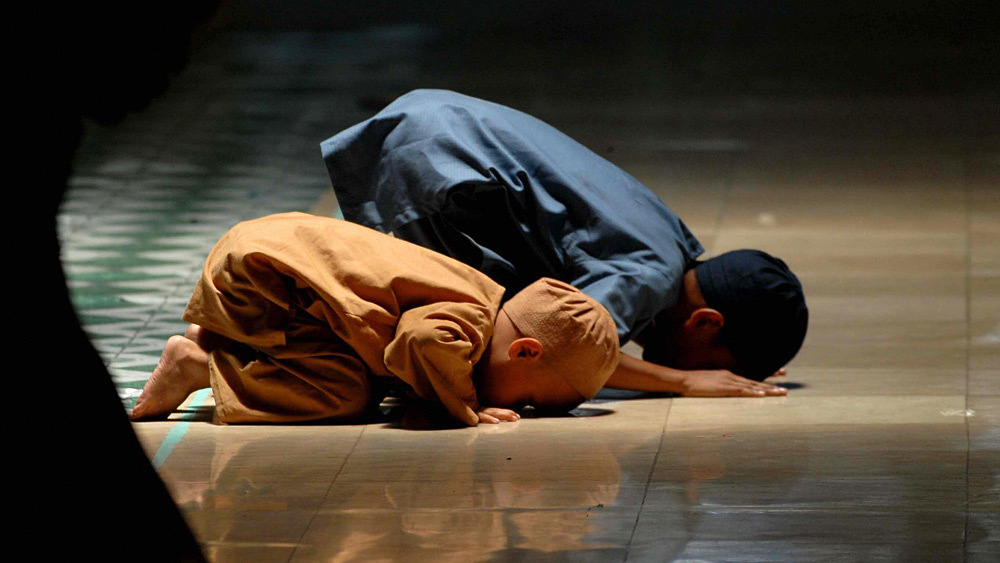 Muslims across the world are observing the first week of Ramadan, where for 30 days — from dawn until dusk — the faithful abstain from food, drink, smoking and sex as a sign of purification and loyalty to the tenets of Islam.

But there is debate over whether children should join their parents in fasting.

Inside Ramadan With Arsalan Iftikhar Aug. 25, 2009

Dr. Asma Mobin-Uddin, a pediatrician, Muslim and mother of three, is the author of the children's tale A Party in Ramadan, which views the holy month through the eyes of a Muslim child.

In years past, Uddin's young children have joined her in fasting, but she says the faith does not mandate that parents force their children to do so.

"Young children don't have the obligation to fast," says the author. "Generally, after puberty is the time that the obligations of the faith become a responsibility."

Jameel Johnson is the father of two teenage sons, ages 14 and 15. Both are high school athletes and are fasting for Ramadan. Johnson says children don't need to be coerced; it is something they want to do.

"Children want to do what adults do. They know mom and daddy are fasting, so they also want to fast," he says. "For them it means something."

In Muslim tradition, those observing Ramadan usually awake before sunrise to eat a pre-dawn breakfast. It is their only meal until sunset, a reality that some say is too harsh for children.

"If I was any parent, and I woke my child up at 5 in the morning and said [to him] that you're not going to eat or drink water for 15 hours — day after day — you'd probably call child support services on me," says regular Tell Me More parenting contributor Asra Nomani, who is Muslim. "I don't think that religion should trump common sense."

In lieu of fasting, Nomani suggests children learn to embrace other tenets of Islam, such as giving to the poor.

But Johnson thinks children should be taught early not to shy away from the full requirements of their faith, even if it puts a strain on other activities like sports.

"The obligations of the faith come before football," he says. "If my boys could not fast and play football, too, then football has to wait."

And the sacrifice is worth it, he says, for both parent and child.

"When I see my children partaking in [Ramadan] and doing it for themselves, I'm very proud of them." 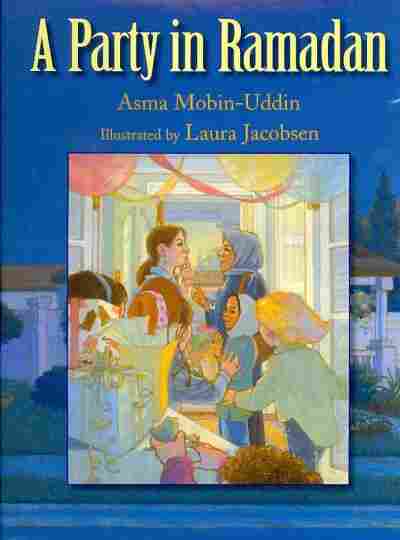 A Party in Ramadan

by Asma Mobin-Uddin and Laura Jacobsen