Accessibility links
New Lost City Ramblers Look Back At 50 Years Few groups get to achieve a 50th anniversary, but the pioneering American folk trio the got to do just that this year. The release of a three-disc commemorative set by the New Lost City Ramblers was darkened, though, but the death of co-founder Mike Seeger. 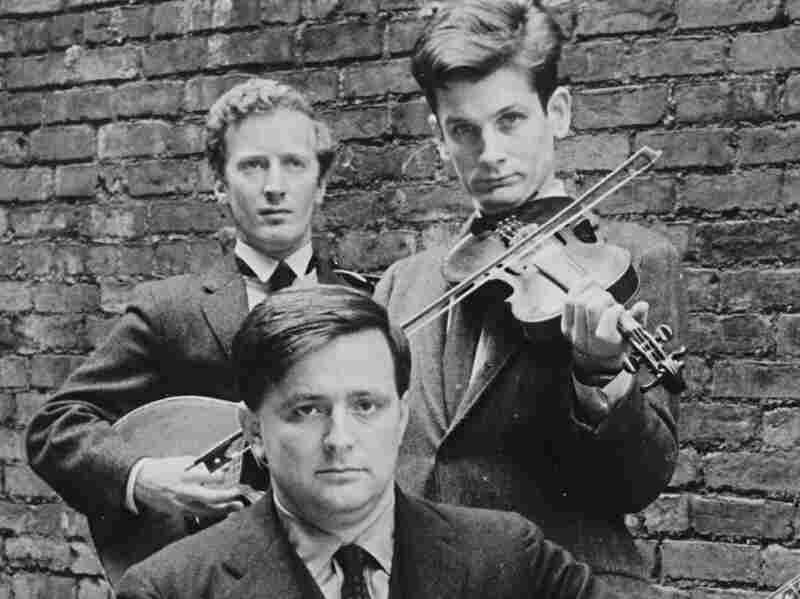 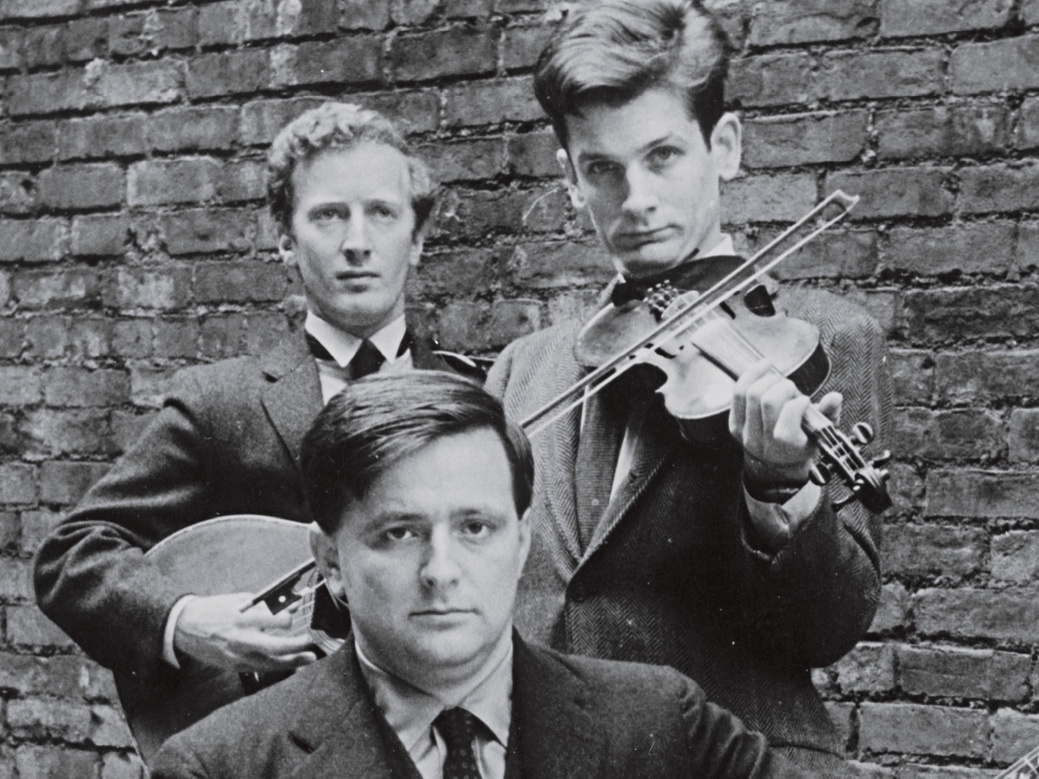 John Cohen, Tom Paley and Mike Seeger (from left to right) made up the New Lost City Ramblers.

Few groups get to achieve a 50th anniversary, but the pioneering American folk trio the New Lost City Ramblers got to do just that this year. The release of a three-disc commemorative set by Smithsonian Folkways Records, though, was darkened by the death, on the evening of Aug. 7, of co-founder Mike Seeger, one of America's greatest folklorists and musicians.

Seeger was born in 1933, the son of folklorist Charles Seeger and his composer wife Ruth Crawford Seeger, who would transcribe field recordings her husband made into standard notation. Mike, like his sister Peggy and older step-brother Pete, grew up imbued with this stuff, and before long he was playing it and exploring the techniques these traditional musicians used.

While doing this, he met others who had the same interests, including John Cohen, a photographer and film student who'd been introduced to folk music by his family, and Tom Paley, a Yale-trained mathematician and banjo wizard. After some informal playing and swapping of repertoire, they burst onto the New York folk scene with an album for Folkways Records in 1959, bearing only the name of their group, the New Lost City Ramblers. I've never read an explanation for the name, but it's always seemed logical that the New York City Ramblers just wouldn't have worked.

The album was an immediate sensation, selling hundreds of copies — which was a sensation for this kind of thing back then. Many folk fans were astonished to hear rare old records come to life, both on vinyl and in the concerts the Ramblers started playing. Others were more discerning, realizing that while the Ramblers were guided by the old music's template, they were actually adding their own ideas to the performances. Others, like me, had just never heard anything like it and got hooked.

"Battleship of Maine" shows one of the Ramblers' virtues: They weren't entirely dependent on traditional material. The original of this had been recorded by someone called Red Patterson's Piedmont Log-Rollers, and it was obviously a show-biz tune, albeit Southern show-biz.

The Ramblers' shows were packed with material like this. Rik Elswit, a budding L.A. guitarist who'd been thinking of joining a Kingston Trio-like folk band, saw them at that city's Ash Grove folk club, and said: "They were so faithful to the old 78s that they learned from that you could almost hear the scratches. But they never lost sight of the reason the music existed in the first place. Fun."

I envy Rik because I never got to see the Ramblers. They weren't making a lot of money, and Seeger had a job with the Smithsonian, Cohen made industrial films, and, in 1962, right when I was getting interested, Paley got an offer he couldn't refuse from Cambridge University in England and moved there to continue his research.

Eventually, though, another multi-instrumentalist named Tracy Schwarz joined Seeger and Cohen, and the Ramblers' focus changed slightly. Schwarz had grown up partially in rural Pennsylvania, and knew his way around country music, including a genre regarded with some suspicion by folkies called bluegrass. Bluegrass, many purists thought, was commercial, which was ironic: In 1963, great bluegrass musicians like Bill Monroe, Earl Scruggs and the Stanley Brothers were all but starving. To the Ramblers, the continuity between the old-style stuff they'd been playing and bluegrass was obvious, and, without abandoning the older stuff, now they had a rich new seam to explore.

The band toured whenever they could and recorded prolifically for Folkways, and I've never heard a bad album from them. Their shows are legendary for their onstage banter.

Eventually, the New Lost City Ramblers' message got out: American traditional music wasn't a monolith; some of it was as old as humanity and some wasn't even as old as your Dad, and it was for entertaining, not just for studying. In the 1980s, a new generation of folkies picked up the message and ran with it, which was good, because the three Ramblers by then had substantial careers and families, and, one hears, weren't getting along too well. But they did realize one thing: Their final album, recorded during a 1997 reunion, was called There Ain't No Way Out. Once a Rambler, always a Rambler.

Seeger's last album, though, typified the larger effect the three individuals had. It's called Southern Banjo Sounds: an Anthology of Style and Technique, and its back cover notes that it's a survey of techniques, styles, instrumentals and songs played on 23 mostly vintage banjos. There are 24 pages of notes, some technical and photographs of each of the banjos used. I play it now and again. It's fun.