Accessibility links
Stefon Harris Blackout: E Pluribus Urban Five years ago, vibraphonist and marimba player Stefon Harris started Blackout. It's a troupe of music mercenaries adept in the language of jazz, the strut of soul music and the raucous ruckus of breakbeats, go-go and new-jack rhythms. Hear Blackout bring swagger to modern jazz in a session from WBGO.

Five years ago, vibraphonist and marimba player Stefon Harris started Blackout, a troupe of music mercenaries adept in the language of jazz, the strut of soul music and the raucous ruckus of breakbeats, go-go and new-jack rhythms. 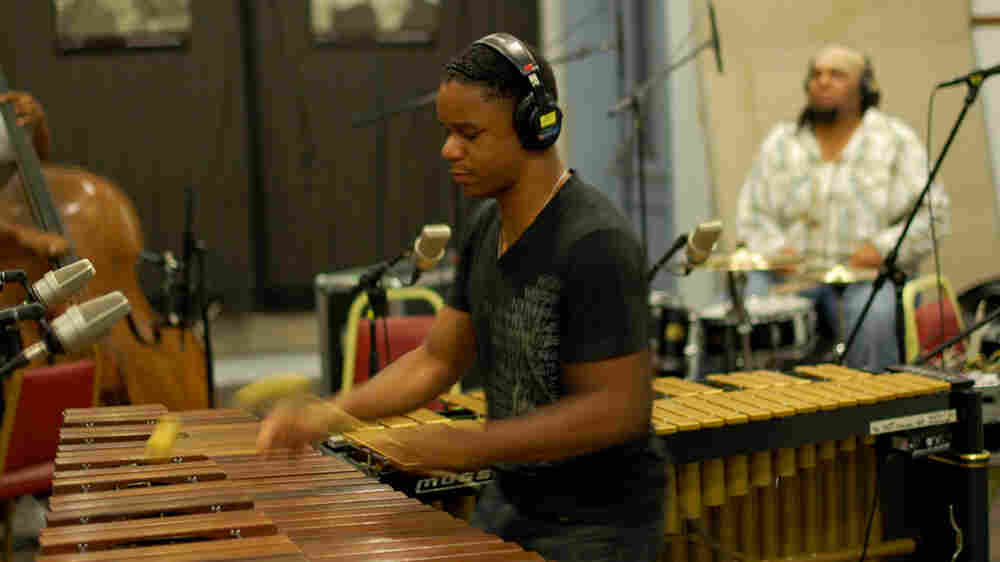 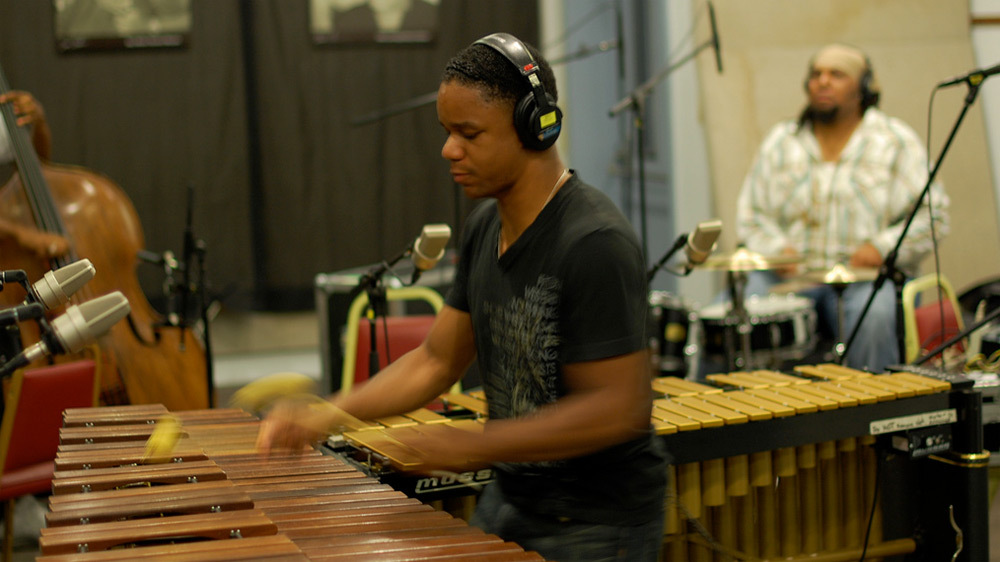 The band's second recording, Urbanus, showcases the unit's tightly knotted mooring to the jazz tradition — that is, the ability to lend its members' audible personae to an ongoing sonic commentary. This is what the next generation of jazz masters sounds like today. The group is the combined result of an urban tradition in American music that stretches back to historical precedents in jazz, rhythm and blues, funk and popular music since the 1970s.

"Christina" is one of the most elegantly simple melodies in jazz, as well as a certifiable standard from bassist Buster Williams, who mentored Blackout members Stefon Harris and Casey Benjamin. Benjamin plays the lead melody on Vocoder, which gives the song a distinct aura of '70s-era Herbie Hancock.

The final selection is a recent composition from guitarist David Gilmore (not David Gilmour from Pink Floyd). Drummer Terreon Gully introduced this composition to the band as a further commitment to playing the work of both the members of Blackout and their contemporaries.

"Jazz in its real tradition is about synthesizing various elements of your culture," Harris says. "You have to be who you are in this art form. It's not about copying, about transcribing and learning solos from the past. It's about telling the stories of today. That's the real tradition of jazz."

Feeling The Vibes: The Short History Of A Long Instrument Nov. 17, 2008