Accessibility links
Nitrous Oxide: A Necessary Evil Of Agriculture A new study reveals that a byproduct of farming is devastating the ozone layer. Nitrous oxide, also known as laughing gas, is produced when fertilizer soaks into the soil or water. Researchers say lessening the impact of nitrous oxide on the environment may be nearly impossible as global food demands increase. 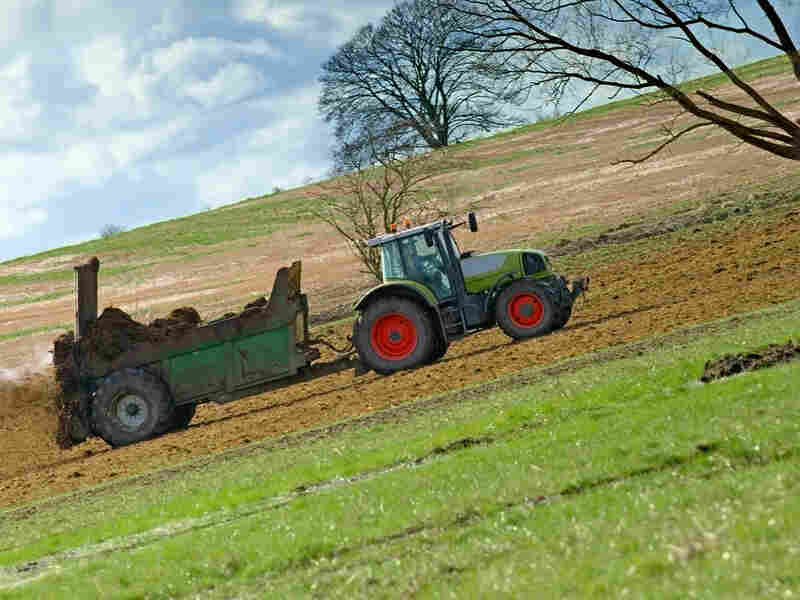 Fertilizer is crucial to agricultural production, but its increasing use is leaking nitrous oxide, an ozone-deteriorating gas, into the atmosphere. iStockphoto.com hide caption 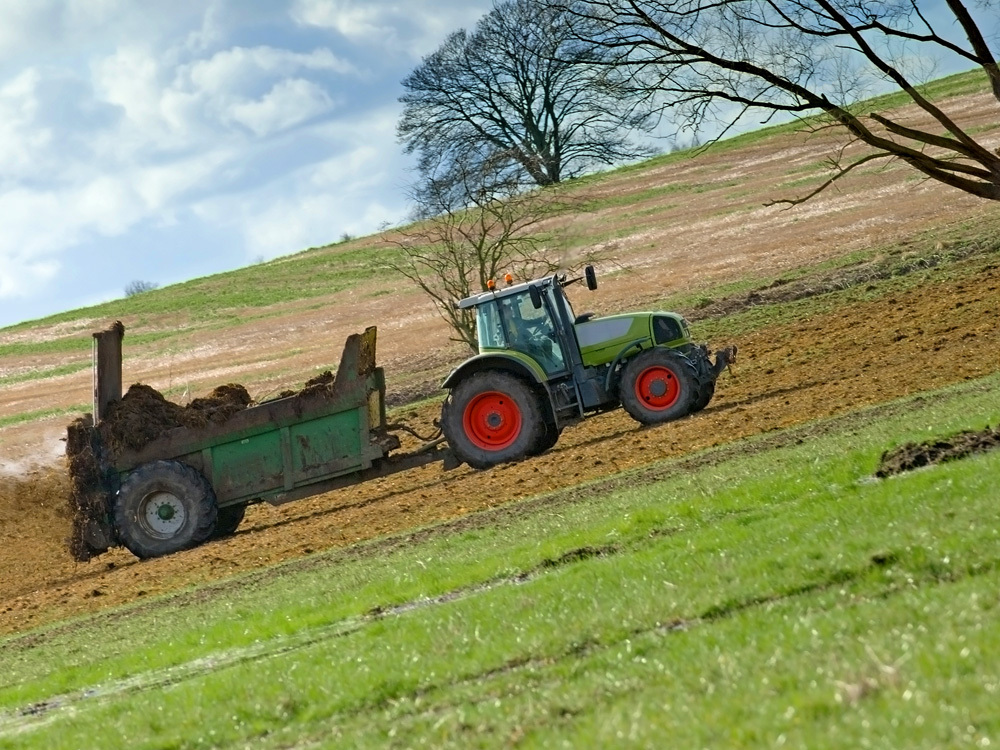 Fertilizer is crucial to agricultural production, but its increasing use is leaking nitrous oxide, an ozone-deteriorating gas, into the atmosphere.

Scientists are surprised to discover that a gas produced mainly in agriculture is doing more to damage the Earth's ozone layer than synthetic chemicals such as chlorofluorocarbons.

The culprit is a gas called nitrous oxide, known in your dentist's office as laughing gas. But in the stratosphere, it's no laughing matter.

The Earth is protected from harsh ultraviolet sunlight by a layer of ozone up in the stratosphere. That layer was being depleted by synthetic chemicals used in aerosol spray cans, refrigerators and air conditioners.

Nitrous oxide has always been a normal part of our atmosphere, "but since industrialization, its concentration has been going up," says A.R. Ravishankara at the National Oceanic and Atmospheric Administration in Boulder, Colo.

Now that synthetic chemicals are waning in the atmosphere, he wondered if other gases posed any environmental threat. As he reports in the online edition of Science magazine, nitrous oxide, a byproduct of agriculture, is a serious problem for our planet.

"There's so much being emitted, that right now, nitrous oxide emissions would be the largest ozone depleting gas emissions today, and it will continue to be in the future," Ravishankara says.

Holes In The Ozone

Nitrous oxide doesn't threaten to devastate the Earth's ozone layer the way the synthetic chemicals did. But it's still eroding a bit of our planetary sun shield, so it's increasing the risk of skin cancer, among other concerns.

Ravishankara estimates that by the end of the century, we will have 4 percent less ozone in the stratosphere than we would have had before the Industrial Age, as a result of nitrous oxide.

The biggest ozone problem is over Antarctica. There, the ozone thins to such an extent each autumn, scientists call it an "ozone hole." That hole is slowly on the mend, and Ravishankara says he expects that healing to continue over the coming decades.

"It turns out that nitrous oxide does not have a deleterious effect on the ozone hole. Its effect is on the global ozone layer," he says.

That's because the ozone hole is influenced by supercold clouds found only over the poles. Those clouds release chlorine, which destroy ozone, but they actually neutralize nitrous oxide. So that's the good news.

The Downside Of Fertilizer

The bad news is that it isn't easy to reduce human production of nitrous oxide. Cindy Nevison of the University of Colorado says controlling chlorofluorocarbons and other synthetic chemicals that destroy ozone was relatively easy, since just a few factories produced them.

"Whereas nitrous oxide is produced by microbes in the soil, and humans have greatly increased the amount of nitrogen available to these microbes," Nevison says.

When we spread nitrogen fertilizer on the soil, we also feed those bacteria. And they produce more nitrous oxide. Bacteria in seawater also produce nitrous oxide when the fertilizer runs down the rivers and out to sea. Nevison says factories and automobile tailpipes produce some nitrous oxide, but not all that much.

"I think that limiting nitrous oxide is going to be more difficult than, for example, limiting carbon dioxide emissions. And we know how difficult that is," she says.

That's because we need nitrogen — it's an essential part of protein. Carbon dioxide comes mostly from smokestacks and tailpipes.

"You can get your energy from other sources than carbon, but you really can't get your food from sources other than nitrogen."

We can't phase out nitrogen fertilizers, Nevison says. And studies show we could make only a modest difference if we used them more carefully.

And it's not just the ozone layer that's at issue here. Nitrous oxide also contributes to global warming — so there's another important reason to pay attention to this often neglected gas.