Accessibility links
Dog Hair May Shed Light On Cancer Short, long, curly or wavy, there's more to a canine coif than just a good hair day. A new study shows that just three genes control the appearance of a dog's coat. Besides being a window on Fido's hairdo, the discovery may provide clues on similar genes that control complex diseases in humans. 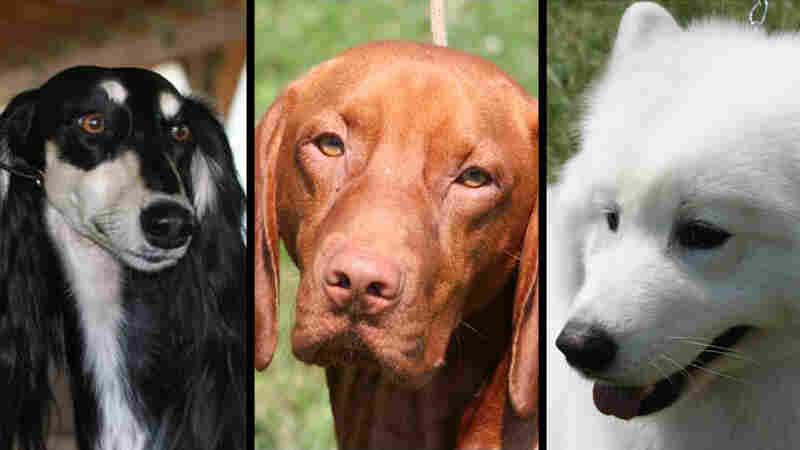 Scientists have located the genes that make a poodle's hair curly, and a collie's hair long and straight.

No, this wasn't just a way to ease the boredom of laboratory work, but part of a long-term project to figure out how genes cause disease. 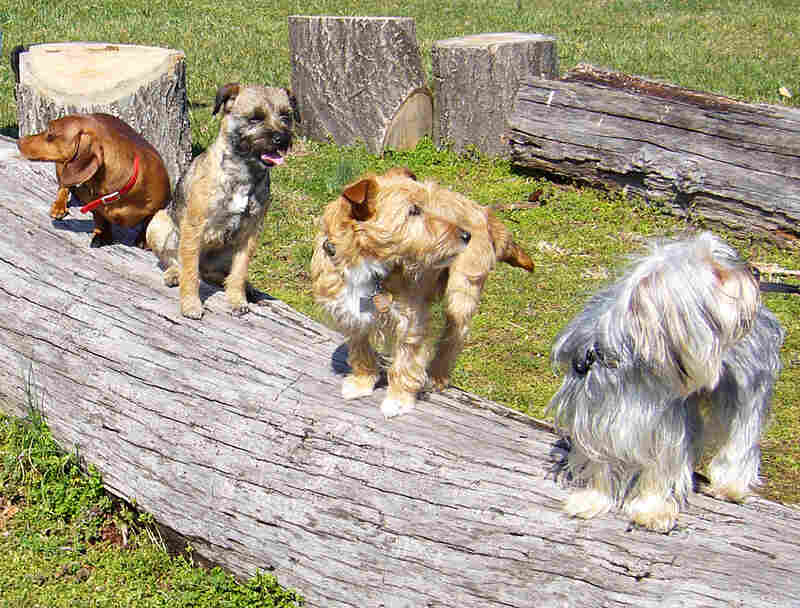 Researchers say the style of a canine's coif is the result of a mere three genes. Pictured here (left to right) are a smooth-coated dachshund, border terrier, Jack Russell terrier mix and a Yorkshire terrier. Edouard Cadieu hide caption 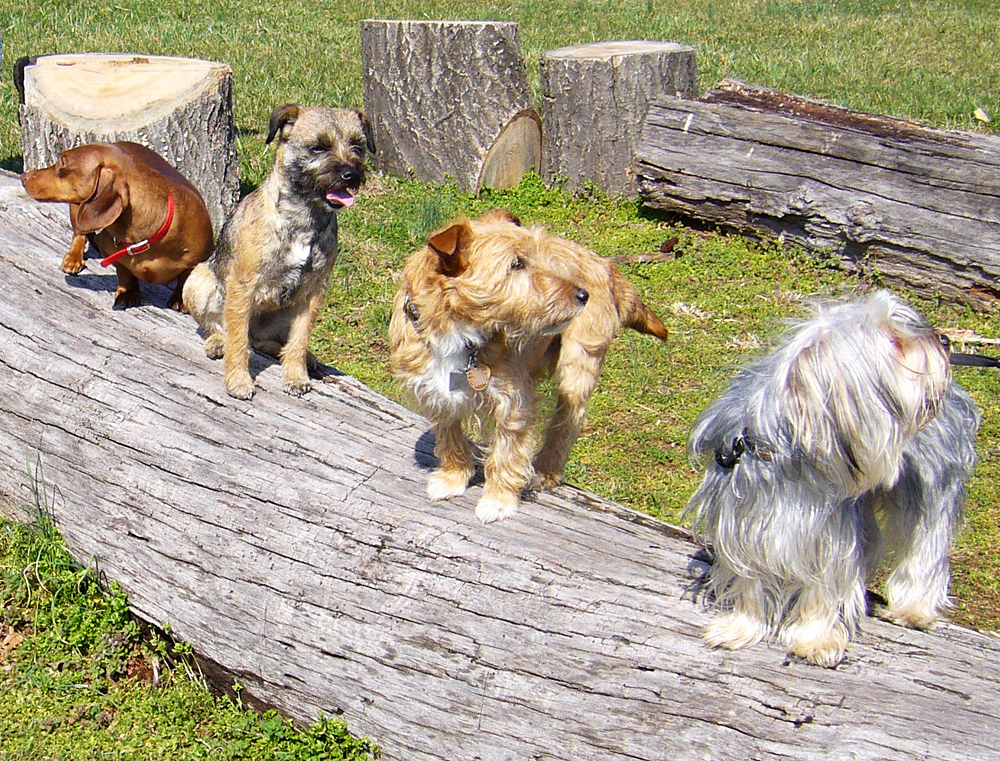 Researchers say the style of a canine's coif is the result of a mere three genes. Pictured here (left to right) are a smooth-coated dachshund, border terrier, Jack Russell terrier mix and a Yorkshire terrier.

The coats of domestic dogs vary widely — they can be long, short, straight, wavy, curly, wiry, smooth or a combination of different varieties. And that difference is exactly why cancer geneticist Elaine Ostrander decided to study dog hair.

Ostrander, who works at the National Human Genome Research Institute, wanted to know how genes create all this variety. So she studied about 1,000 dogs from about 90 different breeds.

She searched dog DNA the way a chef might compare recipes for souffle. What changed ingredient makes one different from the next? What mutation gives an Airedale terrier his curls and a golden retriever her tresses?

What Ostrander and her team discovered was that only three genes control all the different kinds of dog hair.

See The Largest And Smallest Dogs In The World

"You can go to the dog park, and every breed of dog looks different from every other breed, it seems," says Ostrander. "Yet, you know, when we get down to the molecular biology, we really find that it's a combination of three different genes that accounts for all that variation."

This also has value in studying disease. Human and dog cancers are similar, so the fact that only three genes can create so much variation in hair might provide clues to how genes cause so many cancers in dogs and humans.