Accessibility links
A Torturer On U.S. Soil: Arizona's Sheriff Arpaio Arizona Sheriff Joe Arpaio is the self-proclaimed "toughest sheriff" in America. But he has come under some heat recently over his treatment of illegal immigrants and Hispanics. On Aug. 19, the American Civil Liberties Union sued the sheriff for constitutional violations. 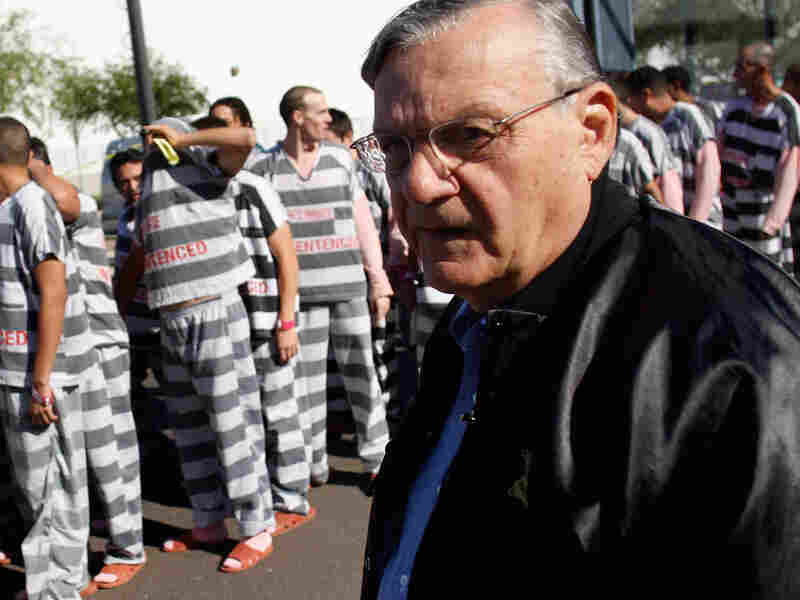 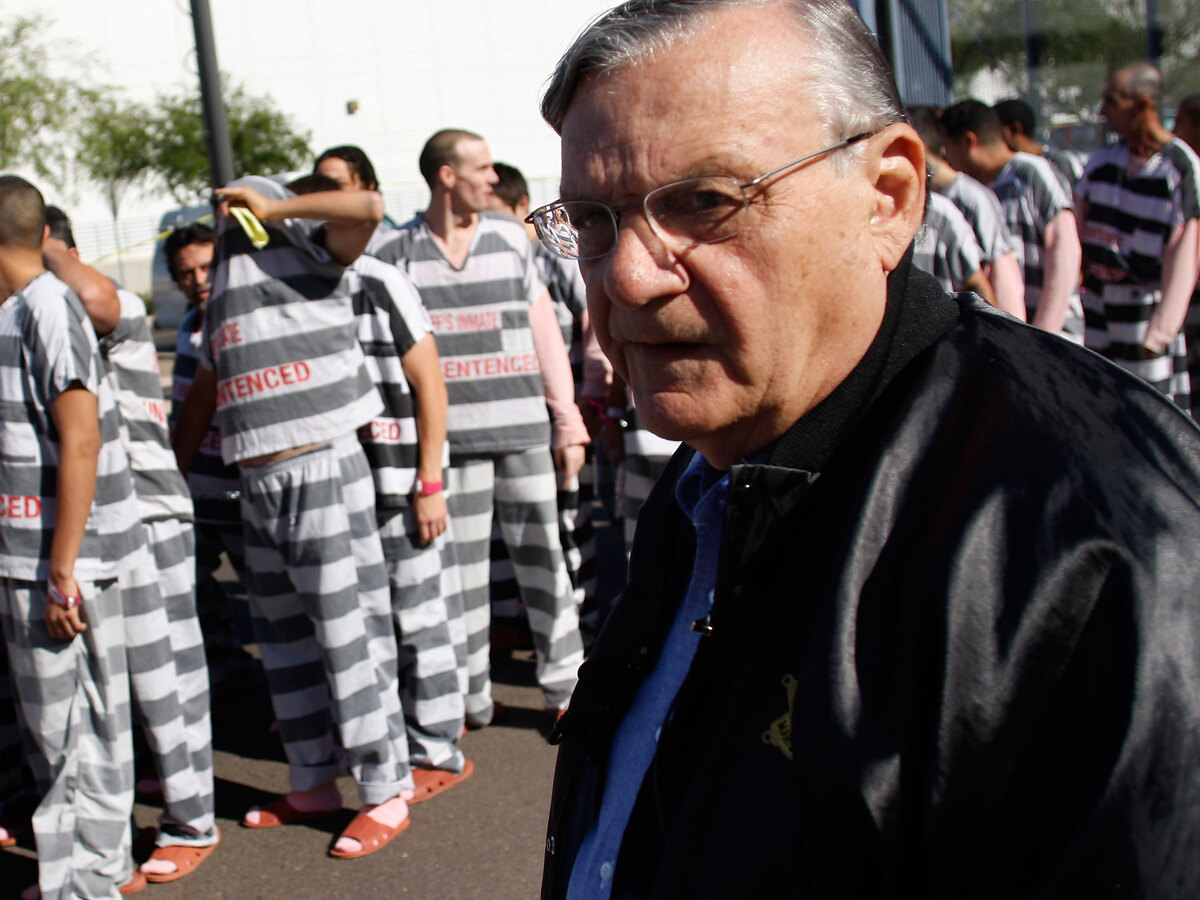 As debate escalates over the CIA's alleged mistreatment of detainees abroad, and evidence continues to pile up, the issue of torture challenges American values. Ironically, a person comes to mind who terrorizes children, women, families and an entire community, but he is doing it right here on U.S. soil. He is on the loose and has been at it for years. What's worse is that he has a badge and a gun. A son of immigrants himself, he exploits the issue of undocumented migrant workers to gain national attention and pushes the levels of abuse, denigration, humiliation, physical cruelty and absurdity to new heights. Meet Joe Arpaio of Maricopa County in Arizona — self-proclaimed "America's toughest sheriff."

Arizona is home to some of the most ruthless anti-immigrant laws and to a wide range of nativist and xenophobic groups. If there is one person who clearly represents the anti-immigrant sentiment in the state — and the nation — that person is Arpaio. With a constant infatuation with media attention, Arpaio does not shy away from nurturing his macho, egotistical idea of a "tough" sheriff, even if it is at the expense of undocumented migrants.

Since he became sheriff in 1993, Arpaio has exploded the number of inmates in the county — not by jailing dangerous criminals but by imprisoning undocumented workers, most of whom are not yet convicted of a crime but are awaiting trial. When he filled up the jail cells, to avoid hurting his popularity by spending taxpayer money, he built tents in the middle of the Arizona desert, where temperatures can reach up to 130 degrees. He deprived the inmates of basic necessities and reduced the meals to two per day while cutting the cost of each meal to 30 cents. He boasts that "it costs more to feed the dogs." Under such conditions, inmates are always hungry and have suffered drastic physical repercussions; one teenager reported losing 50 pounds since he was incarcerated.

Undocumented migrants also rarely have visitors, not only because of the culture of fear but also because of the sheriff's policy. A sign outside reads, "Illegal Aliens Are Prohibited From Visiting Anyone In This Jail."

Denigration and mental abuse have also reached new and surreal heights. The best example is the number of occasions on which he has marched hundreds of undocumented migrants, chained together, through the streets and the desert — in front of the media. One time, the sheriff forced a group to march wearing only pink underwear and flip-flops. He also formed female chain gangs. 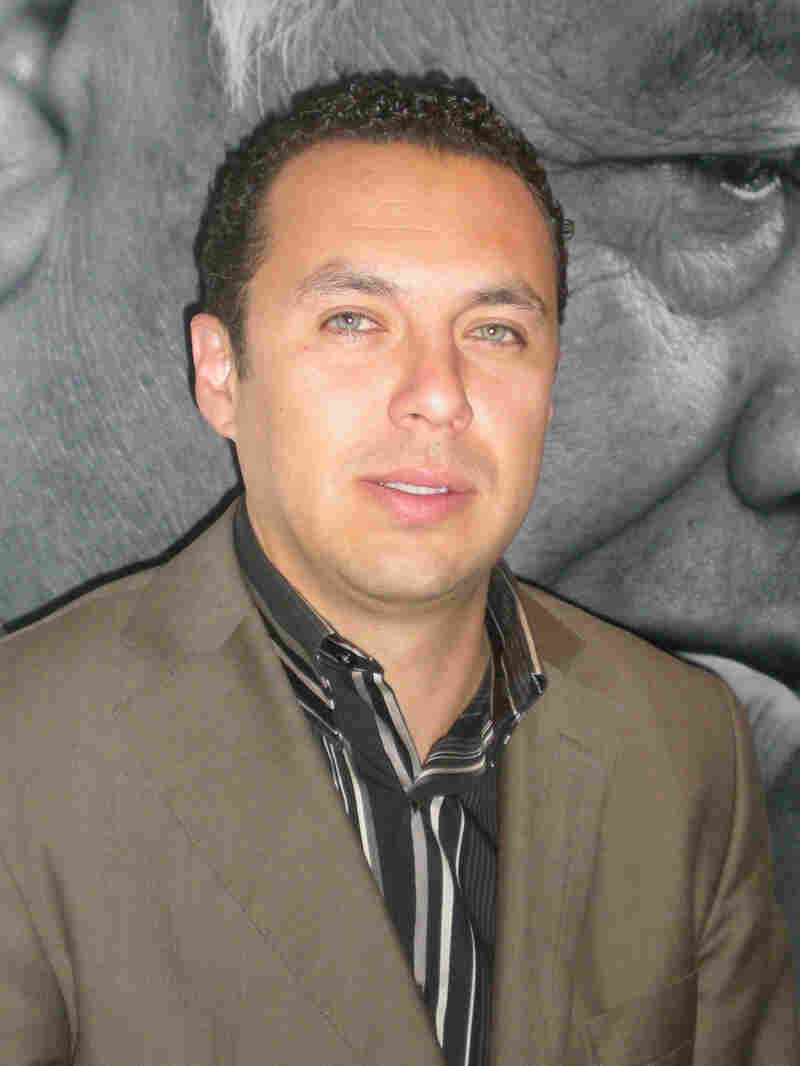 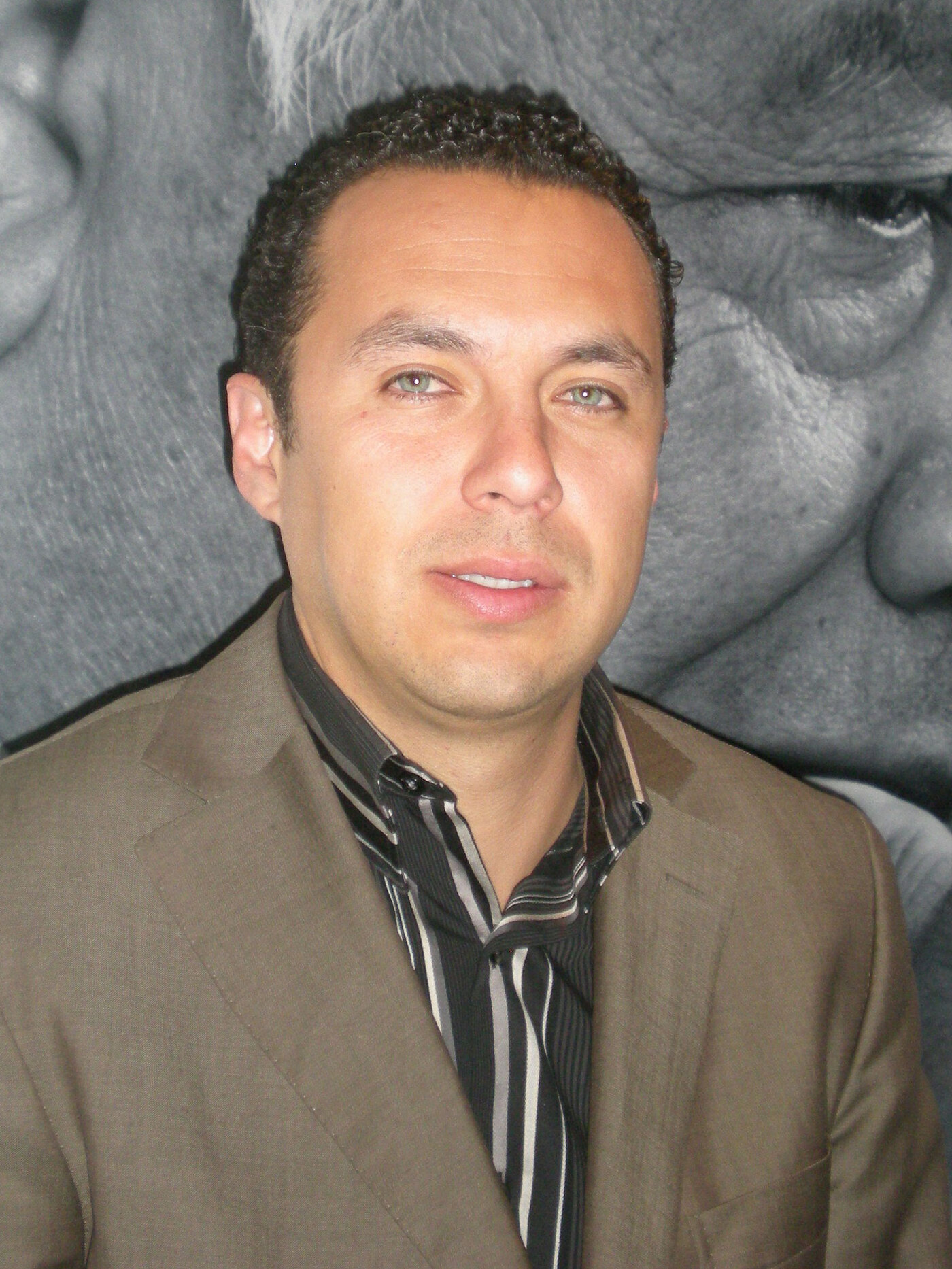 Hector E. Sanchez is the Director of Policy and Research for the Labor Council for Latin American Advancement.

Arpaio's obsession with undocumented migrants has affected the Latino community as a whole in the region. Arpaio has pushed racial profiling to ludicrous levels — physical appearance to him is enough to stop and question people, and he commonly conducts raids in Latino neighborhoods. Such harassment has created a major culture of fear among Latinos. A number of civil rights groups, such as the American Civil Liberties Union and Mexican American Legal Defense and Education Fund, sued Arpaio over racial profiling of Latinos in Maricopa County.

However, "America's toughest sheriff" may not be as tough with all criminals. Response times in cases of life-threatening emergencies have slowed under his jurisdiction. Arrest rates on criminal investigations have plunged, while the total number of criminal investigations has soared. A good number of violent crimes, sexual crimes and aggravated assaults have not been investigated. This while clear evidence shows that most of the undocumented migrants Arpaio jails rarely committed other "real" crimes.

Furthermore, his extreme actions have real economic consequences. He has driven Maricopa County into a financial crisis with his obsession with undocumented migrants, and with the number of lawsuits filed against him. It is estimated that the county spent more than $40 million defending Arpaio's office. Nonetheless, Arpaio's circus of brutality seems to ingratiate him with a large number of taxpayers. This may explain why he has been easily re-elected for five four-year terms and still remains extremely popular.

By taking on the most vulnerable and defenseless group in the nation — undocumented migrants, many of them women and children — by humiliating them, terrorizing them, torturing them and constantly violating their legal, civil and human rights, and by not reducing real crime, Arpaio has proven to be a pernicious person who contradicts basic American values. His perversions need to be a part of the debate on torture.