Accessibility links
Swine Flu Prevention: Preparing For Another Wave Public health officials are preparing for the swine flu to make a strong comeback this fall. The Centers for Disease Control and Prevention is emphasizing prevention, stressing the importance of personal hygiene and vaccinating as many people as possible. 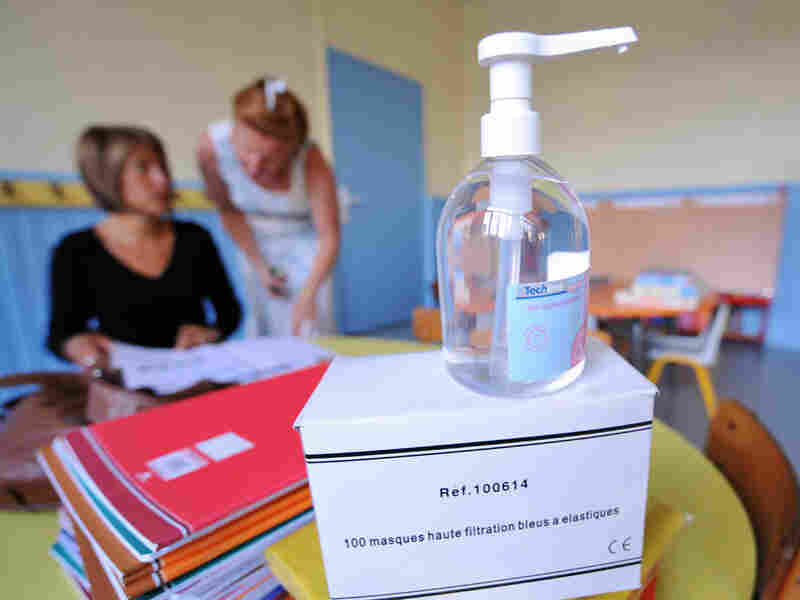 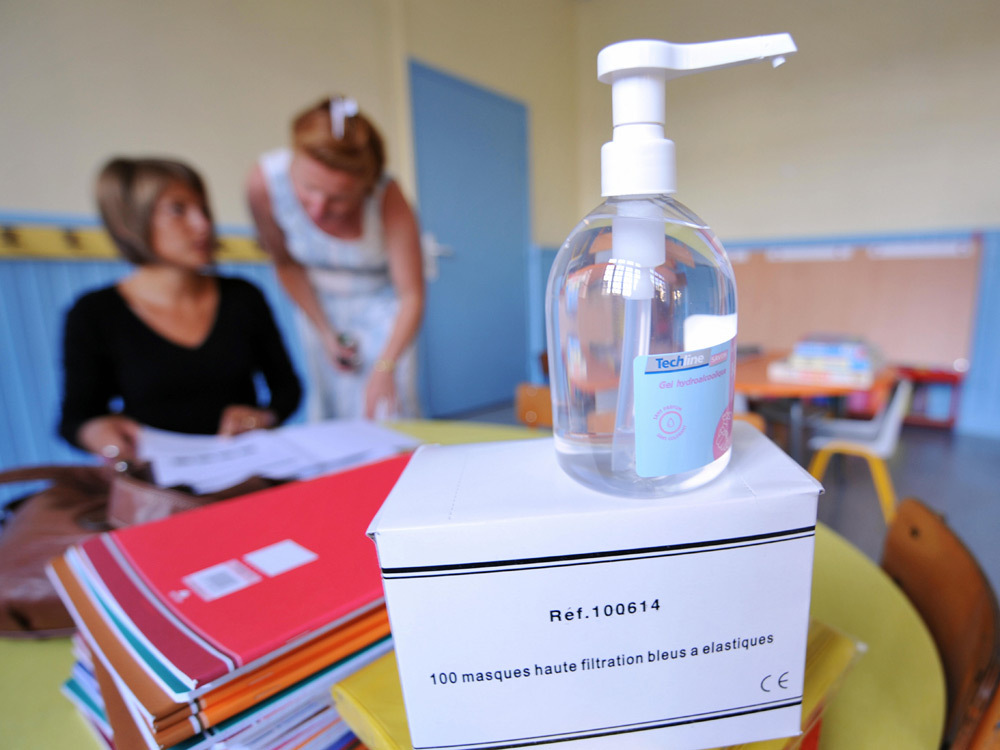 Schools are ramping up protection strategies to minimize students' exposure to swine flu.

Public health officials are preparing for swine flu to make a strong comeback in the Northern Hemisphere this fall.

Swine flu, or the new H1N1 virus, was first identified in April 2009 after a rash of outbreaks in Mexico, quickly followed by cases in the United States. The new H1N1 virus was declared a pandemic a few months later in June, at which point it had spread from community to community on multiple continents. Health officials are particularly worried about this flu strain because of its rapid spread across the globe, the high number of young people sickened and because the virus has a new genetic makeup to which few are resistant.

The Centers for Disease Control and Prevention is emphasizing prevention, stressing the importance of personal hygiene, staying home from work or school when sick, and vaccinating as many people as possible. Here, the latest guidance from federal authorities on personal prevention and treatment:

How can I reduce the risk of getting swine flu?

Individual behavior can have a potentially big impact on the severity of any flu, according to a report of the President's Council of Advisors on Science and Technology released on Aug. 24. The CDC recommends taking these everyday precautions:

— Avoid contact with people if you or they have flu symptoms, including fever, cough, sore throat, runny or stuffy nose, body aches, headache, chills and fatigue. A significant number of people with the new H1N1 virus also have reported diarrhea and vomiting, according to the CDC.

— Stay at home from work, school or other public activities when you are ill, and for at least another 24 hours after your fever is gone.

— Shield others from your coughs and sneezes by using a tissue.

— Wash your hands often with soap and water or alcohol-based hand cleaners.

— Keep your hands away from your eyes, nose or mouth to avoid spreading germs.

— If someone in your home is sick, he or she can reduce the risk of spreading the virus by wearing a face mask. But if you are healthy, wearing a face mask won't protect you from the virus, which is spread through direct contact with infected people, contact with virus-contaminated surfaces, or airborne droplets. A respirator, which fits more snugly on the face and has a more tightly woven fabric, could offer some protection. (Read more on taking care of a sick person in your home.)

— Maintain a safe distance — about 3 to 6 feet — from others in public and when greeting someone.

What is the status of the H1N1 swine flu vaccine?

Health officials began testing the swine flu vaccine on volunteer children, adults and seniors across the United States in August. So far, the clinical trials have not raised any safety red flags, says Dr. Anthony Fauci, director of the National Institute of Allergy and Infectious Diseases, and the program will begin testing the vaccine on pregnant women in mid-September.

Manufacturers plan to have about 45 million doses of vaccine available to the government by mid-October, says Artealia Gilliard of the CDC. In total, the government has purchased 195 million doses of vaccine. After the first batch of 45 million is delivered, manufacturers expect to produce batches of 20 million every two weeks. Results from the clinical trials show that only one dose of the vaccine is needed to protect from the flu.

Who will get priority for getting the vaccine?

Government officials are in charge of distributing the vaccine and will adhere to the CDC recommendations of which groups should get priority. In no particular order, those groups are:

-- People who live with or care for children younger than 6 months of age, because infants that young should not be vaccinated

-- Persons between the ages of 6 months and 24 years

-- People from ages 25 through 64 years with certain health conditions: Asthma, diabetes, suppressed immune systems, heart disease, kidney disease, neurocognitive and neuromuscular disorders and pregnancy appear to be associated with higher risk for swine flu complications, according to the CDC.

Combined, these groups include approximately 159 million individuals — about half the U.S. population.

Does the new H1N1 vaccine protect against the seasonal flu?

What should you do if you get sick?

If you have flu-like symptoms, you should treat it as if it is the new H1N1 virus, even if you don't have a specific diagnosis of swine flu, according to the World Health Organization. Stay home from work and avoid social interactions where you could transmit the flu.

People sickened with swine flu should be considered potentially contagious as long as they have symptoms and for up to seven days following illness onset. Children, especially younger children, might potentially be contagious for longer periods.

Patients who become seriously sick should be treated with Tamiflu (oseltamivir) or Relenza (zanamivir) as soon as possible. Treatment within 48 hours of symptoms can help fight the flu and reduce the risk of getting pneumonia and needing hospitalization. This recommendation applies to all patient groups, including pregnant women, and all age groups, including young children and infants, according to the WHO.

Some seasonal flu viruses — including some seasonal H1N1 strains — are resistant to Tamiflu and Relenza. These two drugs currently are effective against the 2009 H1N1 virus.