Accessibility links
It's Toad Vs. Fungus In The Marshes Of Wyoming In southeast Wyoming, there's a death match going on between the amphibian chytrid fungus and the Wyoming toad, one of the most endangered amphibians in the U.S. Observers had expected the fungus to kill off the species, but, while many toads have died, the population is slowly growing again. 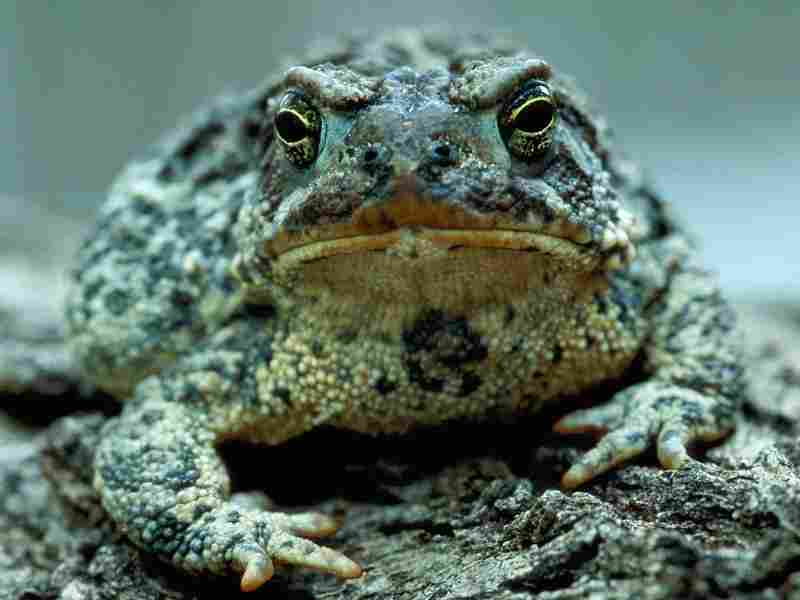 A close-up view of a Wyoming toad, one of the most endangered amphibians in the U.S. Joel Sartore/National Geographic via Getty Images hide caption 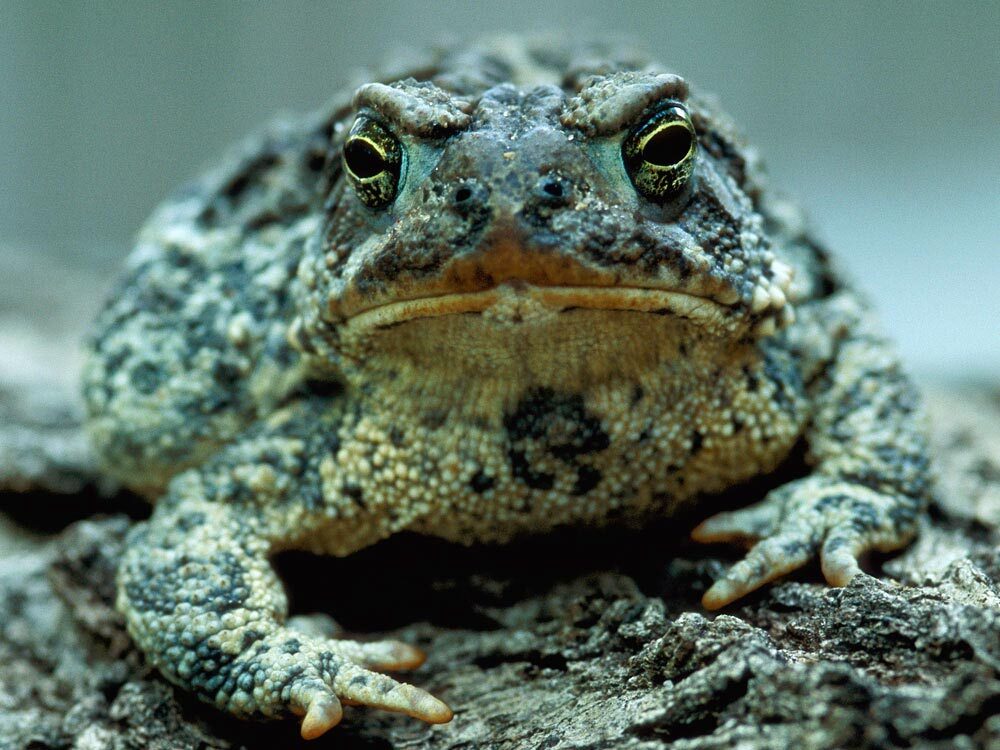 A close-up view of a Wyoming toad, one of the most endangered amphibians in the U.S.

In southeast Wyoming's Mortenson Lake, there's a death match going on between the amphibian chytrid fungus and the Wyoming toad, one of the most endangered amphibians in the United States.

Observers had expected the fungus to kill off the species, but, while many toads have died, the population is slowly growing again.

A Golf Ball-Sized Toad Fights Back

On a Monday morning, herpetologist Val Hornyak walks through a dense marsh at Mortenson Lake. She says the vegetation along the shoreline is a safe place for tadpoles or metamorphs — young, immature toads — to hide out. Before each step, she scans the water and dirt for the Wyoming toad. The reeds here are shoulder-high, and Wyoming toads are small: Full-grown, they're about the size of a golf ball.

"Once you've seen one, your eye kind of adjusts to that," Hornyak says. "You know what it's going to look like in the territory it's in."

Hornyak works for the Toledo Zoo, one of nine institutions around the country that are working to save the Wyoming toad. The toad colony at Mortenson Lake declined dramatically as a result of the amphibian chytrid fungus, which showed up on tests more than five years ago. That meant dead toads popping up regularly.

Allan Pessier, a veterinary pathologist with the San Diego Zoo's Institute for Conservation Research, has worked with the Wyoming toad for nearly a decade and co-authored the 1999 paper that named the chytrid fungus. Pessier says most people expected the Wyoming toad to die out at Mortenson Lake, and many did die.

But some lived and reproduced, gradually increasing their numbers. Besides the Wyoming toad, scientists know of only a few amphibian species that are recovering after a chytrid spread, including ones in California and Australia.

The U.S. Fish and Wildlife Service is surveying Mortenson Lake to see just how many Wyoming toads are surviving.

Jason Palmer, a wildlife biologist for the agency, kneels in tall grass at the northeast corner of the lake with a Wyoming toad in one hand and a delicate pair of scissors in the other. He makes a very small incision in the toad's skin so he can insert a microchip. This will allow scientists to track this toad over its four- to six-year lifespan.

This is the second year of formal surveys at Mortenson Lake. Last year, they turned up a total of 33 toads. This year, the surveys found more than twice that many, but only one of the toads found had hatched this spring. So while the number of toads is up, it's possible that not many reproduced at the lake this year. As a result, several zoos across the country are collaborating with Fish and Wildlife to start new populations at nearby lakes.

A few weeks ago, Sarah Armstrong of the Omaha Zoo in Nebraska stood ankle-deep in a wetland, with a young Wyoming toad perched on one of her fingers. The toad had hatched as a tadpole on July 20 and had gone through metamorphosis a few weeks later. It was bred in captivity, hundreds of miles away, but it was destined for a marsh in southeast Wyoming.

The toad was greenish-brown and maybe a half-inch long. "This guy started out even smaller than this," Armstrong said. "He's probably almost doubled in size since he first metamorphed out. We'll wish him well."

That tadpole is one of more than 20,000 Wyoming tadpoles and toadlets released this year, but not many will survive. Whether wild or bred in captivity, only a few toadlets out of a hundred are likely to live to adulthood. Everyone gathered at Mortenson Lake is hoping for the best.