Accessibility links
Songwriter, 'Pack' Leader Ellie Greenwich Ellie Greenwich, who co-wrote some of the most popular songs of the early 1960s for the girl groups produced by Phil Spector, died Aug. 26 from a heart attack. In this interview, rebroadcast from 1986, Greenwich discusses the highlights of her career.

Ellie Greenwich co-wrote some of the most popular songs of the early 1960s for the girl groups produced by Phil Spector. Her credits include "Leader of the Pack" and "River Deep, Mountain High."

Greenwich died Aug. 26 from a heart attack at age 68. In this interview, rebroadcast from 1986, she discusses the highlights of her career.

One of the great songwriters of the modern era, Ellie Greenwich, died Wednesday in New York City. Greenwich, 68, was a rarity: a woman in the music business who found tremendous success writing and producing hit after popular hit.

Songs By Greenwich, Performed By Others

'I Want You to Be My Baby'
'Sunshine After the Rain'

A Song Written For Greenwich

'A Song for Ellie Greenwich' by Parenthetical Girls 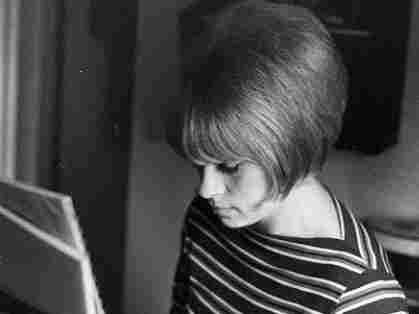 Ellie Greenwich wrote hits like "Be My Baby" and "Leader of the Pack," but also wrote and recorded "Sunshine After the Rain." courtesy of the artist hide caption 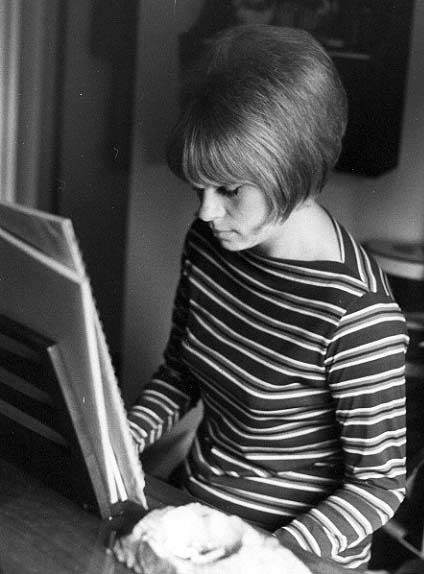 Ellie Greenwich wrote hits like "Be My Baby" and "Leader of the Pack," but also wrote and recorded "Sunshine After the Rain."

Along with Phil Spector and her then-husband Jeff Barry, Greenwich created songs like "Chapel of Love," "Da Do Ron Ron" and "River Deep - Mountain High."

Just because Greenwich earned 25 gold and platinum records doesn't mean she could predict a hit.

"In my whole career of being in the studio producing," she once said, "there were only two songs that I literally walked out of the studio and said, 'Either these records are gonna be zippidy-dah do-nothing, go-nowhere records or No. 1 records.' That was 'Chapel of Love' and 'Leader of the Pack.' "

Greenwich started her career writing songs for her cheerleading squad on Long Island. Her music would help define the American teenager in the 1960s.

"It wasn't that accepted back then — a female being in that end of the business," Greenwich said.

Even today, women usually break into the industry as singers. Greenwich was a good singer, but her Midas touch as a writer and producer earned her a perch in the Brill Building, New York City's famed pop-music factory, along with Carole King. Greenwich told NPR that the girl groups she produced were not always happy about a woman being in charge.

"At first it was like, 'Well, who does she think she is, giving us orders here or telling us what to do?' " Greenwich said. "But on the other end, if you were very open to them, they saw you could be their friend, and then it became an asset to be a woman dealing with girl groups."

Greenwich's music sold in the tens of millions. But she felt upstaged — like many other American songwriters — by the British Invasion. She endured a painful divorce and a nervous breakdown. Both became part of her autobiographical Broadway show, which opened in the 1980s: Leader of the Pack.

"Very few people have as many classic songs as Ellie Greenwich did," Interscope Records chairman Jimmy Iovine says. "She was incredible."

Iovine says Greenwich discovered Neil Diamond and worked with Cyndi Lauper, Desmond Child and Ike and Tina Turner. Iovine says if he had to pick just one favorite Greenwich song, it would be "River Deep - Mountain High." But Greenwich left behind dozens more.