Accessibility links
New Orleans: A Day's Work Doesn't Mean A Day's Pay Wage theft has become a large problem in New Orleans, where day laborers are integral to the rebuilding process. As many as 80 percent of Latinos interviewed in the city say they've been ripped off by employers, according to a recent survey. The City Council president plans to introduce legislation to make wage theft a crime. 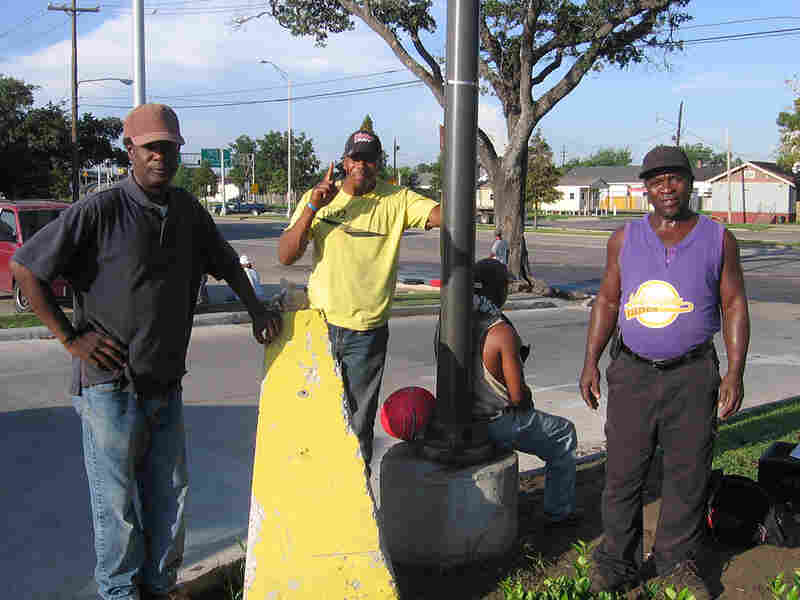 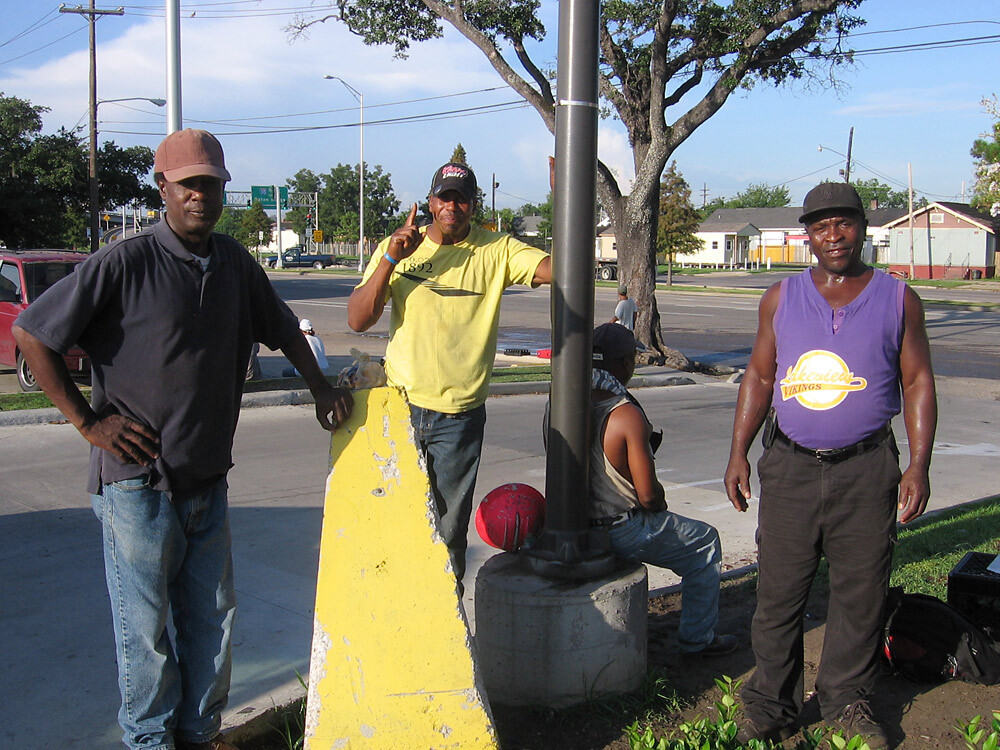 Among the groups that have helped rebuild New Orleans after Hurricane Katrina, one that is rarely mentioned is day laborers.

After the storm, tens of thousands of prospective workers came to the city in search of jobs. Casual laborers — hired by the day by homeowners or small contractors — are now an important work force in a city that still has years of rebuilding ahead. The trouble is, many say they don't get paid.

At the parking lot of the Lowe's home improvement store on Elysian Fields Avenue in New Orleans, between 20 and 30 men gather at sunrise. Trucks and vans pull in and stop just long enough to pick up willing hands and strong backs.

John Pace stands with a group of friends. They're all hoping for the same thing: a day's work that will pay about $100. Competition for the jobs is intense, and when you do get one, Pace's friend Sammy Davis says, there is no guarantee that you'll be paid. That has happened to him — and to just about every day laborer he knows.

"So, you just lost out on a whole eight hours or two days or whole week worth of work, where you ain't got no money to show for it," Davis says. "Then your kid's looking at you, your wife looking at you, and then you ain't got nothing to show for it. 'Oh, baby, I'm going to come back, get my money later on,' you say, 'this evening, about 3 or 4 o'clock, to pick up my money.' But then he don't show up at all."

That scenario has become a large problem in New Orleans. City Council President Arnie Fielkow recently had a hearing on day laborers and the pervasive problem of wage theft.

In New Orleans, as elsewhere, the issue is unavoidably tied with immigration status. After Hurricane Katrina, the Hispanic population in New Orleans increased dramatically. Most of those looking for work on street corners are from Honduras, Mexico or other Latin American countries. Many are in the United States illegally.

But Fielkow says a worker's immigration status has nothing to do with wage theft.

"We do not — and I do not — condone in any way the hiring of undocumented workers," he says. "But, at the same time, if workers are hired, they should be paid for the work that they performed."

Fielkow says he plans to introduce legislation soon that would make wage theft a crime — allowing day laborers to call the police and file a claim when they feel they have not been paid as promised.

In New Orleans, one of the driving forces behind the law is the Congress of Day Laborers.

"When somebody goes to work on the corners, and the boss comes, you don't know anything that's going to happen," Dennis Soriano, a former day laborer who is one of the group's organizers, says in Spanish. "You don't know if that person, if they pick you up and take you to work, if they're going to call the police at the end of the day, if they are going to call immigration at the end of the day — or take out a gun and point it at you and tell you to get lost."

The issue is not unique to New Orleans. Anywhere there are day laborers, there will also be employers who hire them and then later refuse to pay all — or some — of what was promised. But in New Orleans, wage theft has become nearly epidemic.

Four years after Katrina, there is construction work nearly everywhere in the city. On Prentiss Avenue in New Orleans' Lakeview section, a cement mixer is running, and a dozen workers are repairing the brickwork on a house flooded during the storm.

The citywide construction boom has helped give New Orleans one of the nation's lowest unemployment rates — and the highest incidence of wage theft in the country.

In a recent study, the Southern Poverty Law Center found that some 80 percent of workers surveyed in New Orleans said they had not been paid for their work.

One of them, Ezequiel Falcon, a 28-year-old day laborer from Mexico, says he worked several days last year for a boss who, in the end, simply refused to pay him.

Falcon says he was out at least $1,300, and it was at a time when he really needed the money.

"I was living in an apartment with my three daughters, and because I wasn't able to make rent, we had to go," he says. "I had to sleep in the living room of a sister that happens to live here. If she hadn't been here, I don't know what would have happened. Maybe we would have had to just sleep in the street."

Under current law, workers who believe they've been cheated out of their wages have no recourse except to go to court. Plenty do.

The law clinic at Loyola University New Orleans holds a wage-claim session that lately has been seeing 20 people or more each week. But even filing claims can be difficult.

Luz Molina, who helps direct the clinic, says a big problem is that workers often don't have an address, a phone number or even the name of the person for whom they were working.

"It is so difficult sometimes with some employers, even identifying this individual," she says. "If the worker is in the situation where he has the employer out there, the police come and they issue a citation. Then you've got an identification right off the bat, because the police are going to require that identification in order to write the citation."

So far in New Orleans, there has been little overt opposition to the proposed law. The AFL-CIO supports it. Contractors and builders' groups have mostly stayed out of the discussion, saying it has nothing to do with them because they don't hire day laborers.

Wes Wyman, head of the Home Builders Association of Greater New Orleans, says he wonders why a law is needed.

"You're looking to protect people that are basically operating outside of the laws anyway," Wyman says. "They are not legitimate contractors, they work for cash, they don't pay taxes, they don't have insurance. They are definitely not the kind of people we would hire on our jobs."

Even so, some large builders and developers have been sued for wage theft in New Orleans. Last month, a real estate investment company agreed to pay $175,000 to settle a wage claim brought by 39 workers.

A Cost To The System

Other cities — Miami, Los Angeles and Chicago — are also considering laws that would criminalize wage theft. One reason is fairness for day laborers. Vanessa Spinazola of the Loyola Law Clinic says another reason is that it's good for the community.

"These same employers are the employers who are not paying for workman's compensation for their workers," Spinazola says. "They drop their workers off at the emergency room, and the taxpayers have to pay all that.

"The same employers don't pay the taxes for these workers to the federal government — and they're also competing with other businesses that are doing the right thing. And they are costing those businesses money, because they are underbidding them. So I think that this hurts everybody."

Left unanswered are questions about the difficulty of enforcement — how police will sort out the conflicting claims of employers and workers in a labor dispute; also, what notice immigration authorities may take of wage disputes involving undocumented workers.

But day laborers, their advocates and city officials in New Orleans say the first step in stopping wage theft is to pass a law that says it is wrong.