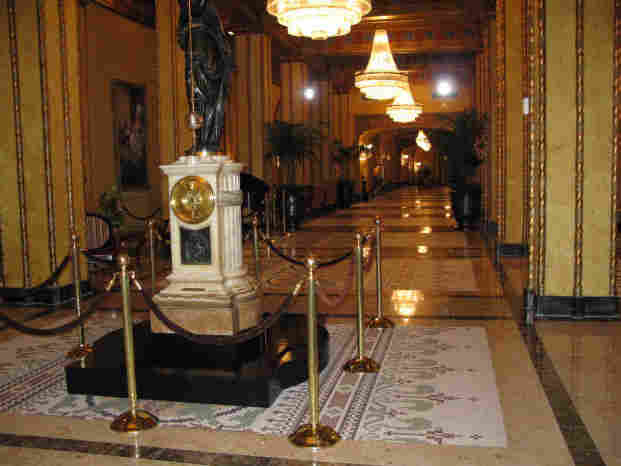 Four years after Hurricane Katrina, the lobby of the Roosevelt Hotel has regained its past glory. Kathy Lohr/NPR hide caption 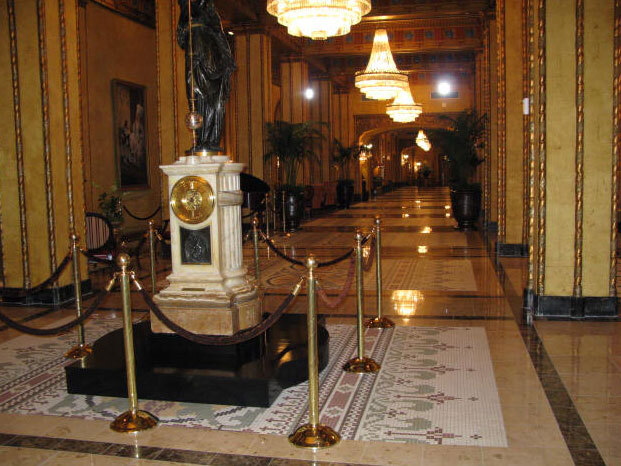 Four years after Hurricane Katrina, the lobby of the Roosevelt Hotel has regained its past glory.

The opulent hotel, once frequented by former Louisiana Gov. Huey Long, is a cherished landmark. The $145 million renovation is seen as a bright spot in the city's efforts at revitalization.

Jazz greats, including Louis Armstrong, performed in the Blue Room, and movie stars frequented the grand hotel. After being shuttered for nearly four years, the Roosevelt has regained its former brilliance. Original mosaic tiles in the lobby were uncovered, and the Italian crystal chandeliers have been carefully cleaned. Now, they are stunning.

"The property did not suffer flooding in the lobby. It was really in the basement where [there is] mechanical equipment," says Mark Wilson, director of sales and marketing for the Roosevelt. "So this area here was in relatively good shape, but it has been restored meticulously and we're really excited to bring it back to the community." 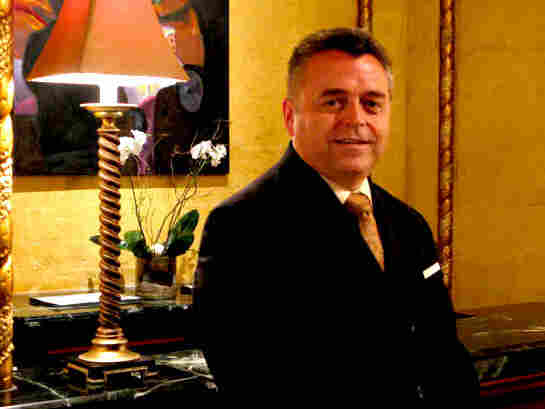 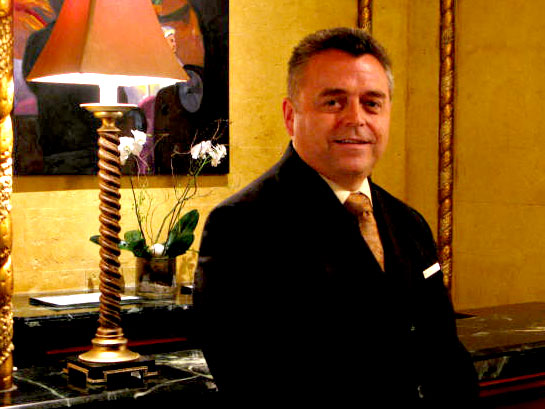 Louisiana native Barry Richard, a concierge at the hotel, says the Roosevelt's reopening shows people have a lot of faith in New Orleans' future.

In the Sazerac Bar, PJ Hanne mixes the famous cocktail the bar was named for. It is made with whiskey, bitters, simple syrup and a hint of licorice.

Hanne was a bartender and a cook before Katrina. He left New Orleans, but returned a year ago — one of thousands who applied for 350 positions at the hotel. Hanne could work anywhere in the country, but he came back because he says he missed the culture and entertainment.

"It dawned on me one day: The city is not going to rebuild itself," Hanne says. "It needs people. We need to get in there. So all right, I'm coming back."

Terri Treuting relocated to Philadelphia after the storm because the hotel she had been working for was closed. She returned a year later and ultimately applied for a job at the Roosevelt.

"I just got so excited about the possibility of it — that this whole block needed to be regenerated and rejuvenated, and this was the first step to really getting this whole area back," she says.

Legend Of The Kingfish 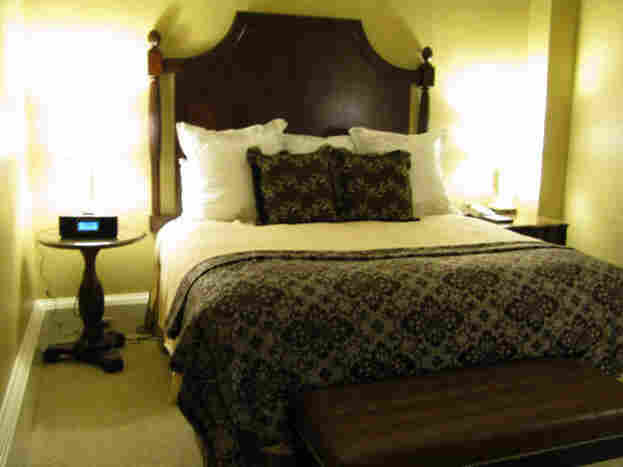 The Huey Long Suite is named for the state's former governor and U.S. senator. Long maintained a suite at the hotel, adding to its lure. Kathy Lohr/NPR hide caption 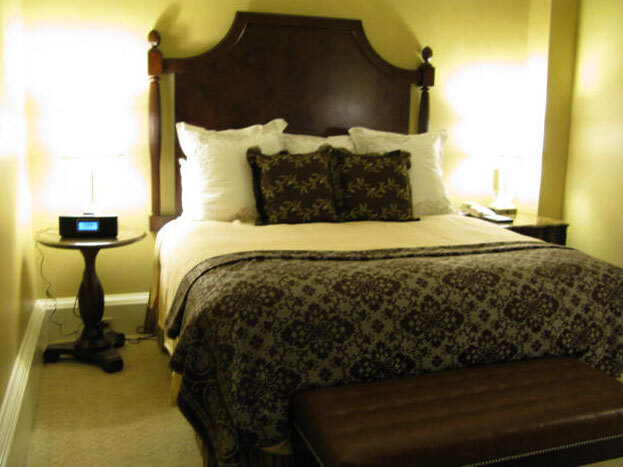 The Huey Long Suite is named for the state's former governor and U.S. senator. Long maintained a suite at the hotel, adding to its lure.

Part of the lure of this hotel comes from Huey Long, known as The Kingfish. Long was ruthless, corrupt and gained massive political power. He built thousands of miles of roads, one leading right to a suite at the Roosevelt hotel.

According to the legend, Long kept a cash box — known as the deduct box — inside his hotel suite. It was his political slush fund. Many believe he kept it hidden in a wall, but the box hasn't turned up — even with the latest renovation.

"There's a lot of colorful things that may or may not have happened in this room, but the deduct box, and the money that may have been here, we sure haven't been able to find it," Wilson says.

What the city has found is something to rally around — and another economic engine.

"We have major conventions that come to the city. They can rent out entire restaurants and ballrooms in the hotel," says Kelly Schulz of the Metropolitan Convention and Visitors Bureau.

She says the economic impact brings in florists, transportation companies and all the other things that go along with hotel rooms and a meeting space.

Ben Johnson of the New Orleans Chamber of Commerce says it is another check on the list that the city is no longer in critical condition.

Many areas of the city are struggling. Vacant buildings and the still-closed Orpheum Theater occupy the same block on which the Roosevelt sits. Johnson says, however, things are turning around.

"The Roosevelt, in my mind, is a positive example where investors are putting a lot of money with the idea of a big return, and it's very good for New Orleans to have that hotel back," he says.

Even amid a recession, the hotel with 500 luxury rooms, and ultimately 500 new jobs, is bringing in customers who are spending money in shops and restaurants. Many in New Orleans say the rebirth of the Roosevelt also provides a psychological boost for the recovering city.