Accessibility links
Author: New Orleans Slowly Reclaiming Itself How is New Orleans holding up four years after Katrina? Author Tom Piazza's new novel City of Refuge traces the journeys of a handful of locals — some who died, others scattered across the country. Piazza tells Guy Raz that New Orleans is slowly getting to be New Orleans again.

How is New Orleans holding up four years after Katrina? Author Tom Piazza's new novel City of Refuge traces the journeys of a handful of locals — some who died, others scattered across the country. Piazza tells Guy Raz that New Orleans is slowly getting to be New Orleans again.

Just after the storm made landfall in Mississippi four years ago today, folks in New Orleans were breathing a sigh of relief. There was damage there but the worst of the winds and waves and storm surge seemed to be about an hour east. Then, the levees broke leaving huge parts of New Orleans under water.

Tom Piazza has spent the last four years exploring that nightmare first in a quick nonfiction book called "Why New Orleans Matters" and then in a celebrated novel "City of Refuge" that's just come out in paperback.

I asked Tom Piazza if his adopted hometown is starting to feel normal again.

Mr. TOM PIAZZA (Author, "City of Refuge"): Well, we have an expression we usually say, some and some, you know?

Parts of the town are very recognizable. If you went there, you'd have, you know, as a tourist, you'd have very much the same kind of experience that you had before the storm. All the restaurants are up and running, and there's a lot of good music, and the city is beautiful and the city's spirit is, you know, very much in evidence.

But if you got off the beaten track, you know, the kind of standard tourist experience, and if you went into some of the more residential areas, like Gentilly, or the Lower Ninth Ward, or the Seventh Ward, Lake View, some of those places really have not changed very much in the last four years.

RAZ: What's the Lower Ninth Ward look like today? Of course, this was a part of the city that you described in your book, scenes of some horrific flooding at the time.

Mr. PIAZZA: Well, for a long time after the disaster, the Lower Ninth Ward looked like just kind of a junkyard, as far as you could see. I mean, every kind of rubble, trucks upside down. After that, they spent a lot of time cleaning out the debris, and there was a period during which it looked just almost like a park gone to feed, sort of.

You'd see evidence of old houses there, like a set of cement steps leading to nothing, or an old, you know, iron gate left, you know, but everything else gone.

In the past year or so, maybe year and a half, there's been a lot of new construction in the Lower Ninth Ward particularly because of Brad Pitt's project that he spearheaded down there called Make It Right. And they have been building brand-new houses designed by architects that will be, you know, raised above the flood levels and stuff like that. And some of them are quite beautiful.

RAZ: What about the people of the Lower Ninth? You know, most of them were African American, many were old and poor. I mean, how many are coming back?

Mr. PIAZZA: Well, two characters in the novel - two main characters in the novel who are from the Lower Ninth Ward, S.J. and Lucy, end up in Houston. An awful lot of people who were in the Lower Ninth Ward and other neighborhoods like that, which is to say working-class or poor neighborhoods, of course, had to leave New Orleans and ended up in places like Houston or Atlanta or wherever it might be. But because they didn't have, in many cases, insurance with which to rebuild their houses, and didn't have a lot of, let's say, financial reserves, they had to make lives for themselves, you know, in the places to which they evacuated.

So much of the book, much of "City of Refuge" takes place out of New Orleans. I'd say probably half the book takes place in Chicago, Houston, Albany and Missouri. And I think that was the nature of the experience of that disaster, people landed all over the place like dandelion seeds.

RAZ: Who is, you know, sort of moving back into the city in general? I mean, are there new people coming in, as well?

…in one way or another.

RAZ: You've written about mental and emotional problems in the city after Katrina. How are you finding people coping with those issues four years after the disaster?

Mr. PIAZZA: Immediately after Hurricane Katrina, there was a very real mental health crisis in New Orleans. I think it still continues. Everybody in New Orleans knows someone who's committed suicide. It became an epidemic for a while.

That being said, New Orleans' culture, the music, the food, the parades, the dancing, the basic attitude toward life, is almost designed, I think you'd say, to give people way to cope with mortality. It's about restating the fact that you are still here. And while you're still here, you make as good a show of it as you can.

RAZ: That's Tom Piazza, author of the book "City of Refuge" and a writer on the upcoming HBO series "Treme," about post-Katrina New Orleans. He joined us from member station WABC in Albany, New York.

Tom Piazza, good luck on the trip back home to New Orleans and thanks so much. 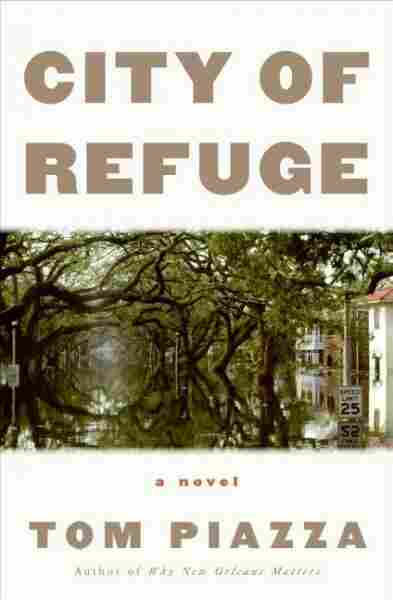